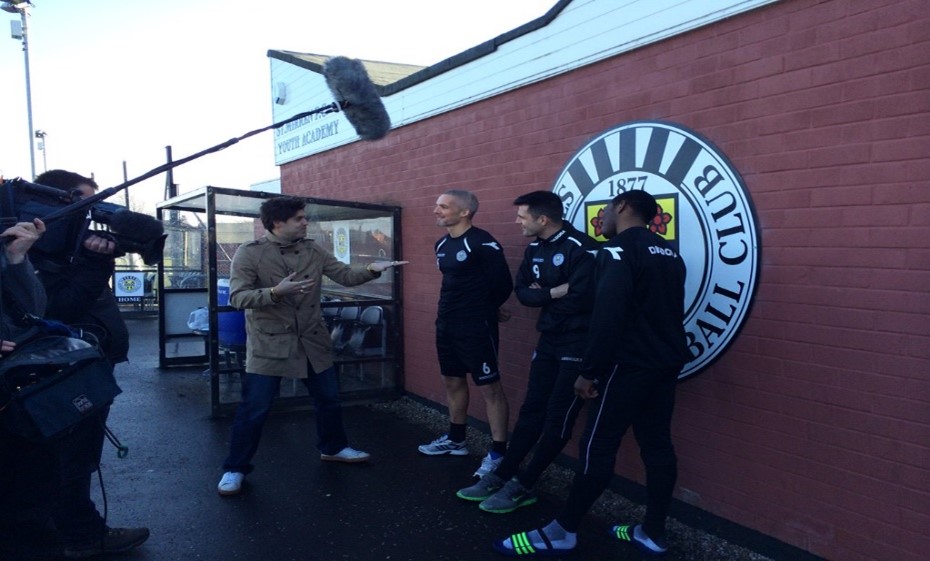 Jim Goodwin was in the dugout as his new side drew with Motherwell just hours after he was confirmed as Aberdeen’s new boss.

Goodwin was confirmed as the new Aberdeen manager just hours before their game with Motherwell at Fir Park, and in the announcement, they said that Goodwin would be on the touchline for the game which surprised many.

The game ended as a 1-1 draw in the end which Aberdeen were probably happier with considering how long the new manager has been in the door, but the question fans will be asking, is Jim Goodwin the right man to take Aberdeen forward?

Credit: “Alloa Athletic 0 Dunfermline Athletic 1” by yellow book is licensed under CC BY 2.0.

Jim Goodwin started his managerial career with part-time Alloa Athletic in 2016 where he got them promoted to the championship through the playoffs and managed to keep them in the division over a 3-year spell at the club.

He then got the opportunity because of his success to return to a club he knew inside and out that club being St Mirren. In his first season at the club, he finished ninth in the league which was seen as a success because St Mirren when he came in where one of the favourites to go down.

Goodwin then went on to improve on that and the next season finish seventh in the league, just missing out on the top six and also guiding them to two semi-final appearances in the same season.

And now this season he has left St Mirren seventh in the table one point off fourth place Hibernian, and he has also guided them through to the Scottish cup quarter final. And to add to that he also left them a position above his new club Aberdeen.

So, as you can see above Goodwin seems to improve every year in management. This is very clear to see as he has improved his position every season since he has been a manager, which can only bring excitement to Aberdeen fans.

A thing that Goodwin seems to be good at when it comes to management is dealing with a squad that has a mixture of younger players and more experienced players. For example, Goodwin has done very well at this in terms of recruitment at ST Mirren like bringing in someone like Alan Power who is an experienced midfielder and then you have a player like Greg Kiltie who is a younger player who wants to play games.

And that could be very useful at Aberdeen because they also have a lot of experienced players mixed with some talented younger players. For example, Scott Brown, Declan Gallagher, and Andy Considine are just three of many experienced Aberdeen players but they also have some good younger players like Lewis Ferguson, Calvin Ramsey and Ross McCrorie.

Some people might say that Goodwin’s sides don’t score enough goals, and that may be true. Though at St Mirren they weren’t blessed with any international strikers whereas at Aberdeen Christian Ramirez who is one of the top goal scorers in the league has played at international level for USA.

But if there are still Aberdeen fans who are not sure about Jim Goodwin, just remember Dons fans the last former St Mirren manager at your club wasn’t too bad.