The day I had been waiting for had finally arrived. I remember the excitement I had felt after I managed to acquire tickets. I must admit out of the remaining members in the band once Fergie had left, WILL.I.AM was the only one I had known. I could never remember the names of the other two and made it my task to know before attending.

What made the return of The Black Eyed Peas so special for me was the fact that it was my birthday that weekend and thought it would be such a great way to kickstart the celebrations.

I had gone to great lengths to go over the plan for the day with my friend as he was going to be working late and rather than wait on him for us to go together, we had decided I should head up early to queue. Due to the day’s events I had gotten there later than I had planned but couldn’t believe my eyes when I saw the lack of people waiting by the doors. I had expected there to be swarms of people waiting readily, eager to support the band. I had arrived at half four and met three other people standing by the doors who, they themselves were astonished by the lack of people.

We had all been to other concerts and automatically expected crowds of people waiting. A fellow concertgoer had stated she had been waiting there since half twelve, now that blew me away as not even half an hour of standing and I was shaking like a leaf. It was oh so cold. To top it all off imagine the frustration there was amongst all of us who had bought a ticket to then learn that one thousand free tickets were being given out as they hadn’t sold out the Hydro.

More and more people started to arrive and join our small group. We bonded within minutes. Funny how music can bring a lot of people together. It doesn’t matter where we are from, all that matters is that we are all together enjoying the same music. Afterall it is said that “Music is a universal language”.

Once it had hit half five, six o’clock, the dramatic change in the turnout was seen. Lines were getting longer. The buzz in energy and excitement had filled the area and all we could do was wait. I had relayed the fact my friend was the one with the tickets and those around me were all so actively involved in the race against the clock for him to arrive before the doors opened. I had been phoned and texted back to back by my friend letting me know the updates on where he was. I in turn told those around me. When he had arrived, it was a group effort to look out for him, so he could join us all. From clothing description to people nearby every description mattered in that instance. When spotted we had all waved him over, but he hesitated due to not wanting to skip others to which we had all told him it was fine to do so.

Just as he made his way towards the top of the queue, that is when they decided to open the doors. Talk about perfect timing, right? It was a quick walk in. We were positioned in the front row towards the centre of the stage. Now all there was to do was wait for the support acts. Both support acts for the Black Eyed Peas were unknown to me but gave spectacular performances. Both support acts were female artists, India Love and Nadia Rose. Nadia Rose was accompanied by an all female crew.

At last the moment we had all been waiting for had arrived. I can vividly remember the screaming and cheering when they had come onto the stage to begin their first song. It was unknown to me and a lot of us who were attending. Things really picked up when they started singing their most

popular songs to get the crowd going. The likes of Pump It, Don’t Stop The Party and Just Can’t Get Enough to name a few. The main predicament Black Eyed Peas faced was replacing Fergie. It is true to say if she had still been with the group there would’ve been a higher turnout but even so Jessica Rey who performed with the group had done just as well integrating into the group.

Multiple times across the evening Taboo, Apl.De.Ap, WILL.I.AM and Jessica had expressed their gratitude towards the crowd for supporting them all. At one point everyone left the stage bar Taboo who went on to speak about his battle he had faced to be there that day. Taboo back in 2014 had been diagnosed with cancer and had fought his way through it to be up on that stage with not just his fellow band members but his ‘Family’. It was a sad moment when he spoke about his story and what he had overcome to be there with us that day.

Afterwards starting with Taboo each member sang a song or two getting the crowds going once again. The songs I Gotta Feeling and Where Is The Love used at the end really made the end of the night a special one. Everyone gathered together swaying and singing all together is a connection that truly is a great one.

Due to Apl.De.Ap’s adoptive father being Scottish WILL.I.AM had gone on to say that the Black Eyed Peas were” Scottish. He also went as far as to imitate a Scottish accent to which we all howled with laughter. Going to see the Black Eyed Peas was such an energetic night for us all who attended. They had announced their plan to come back again at least every year due to the feeling they get once they perform in Glasgow.

All in all, it was definitely a night to remembered forever. 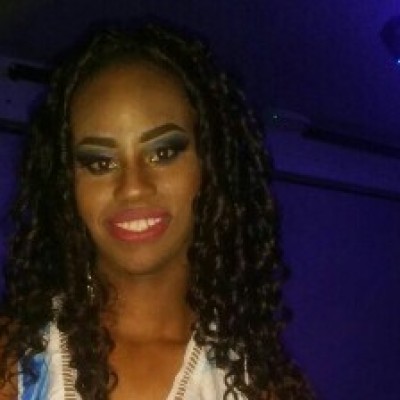 Next post ‘Australian Messi’ Misses rest of the season.