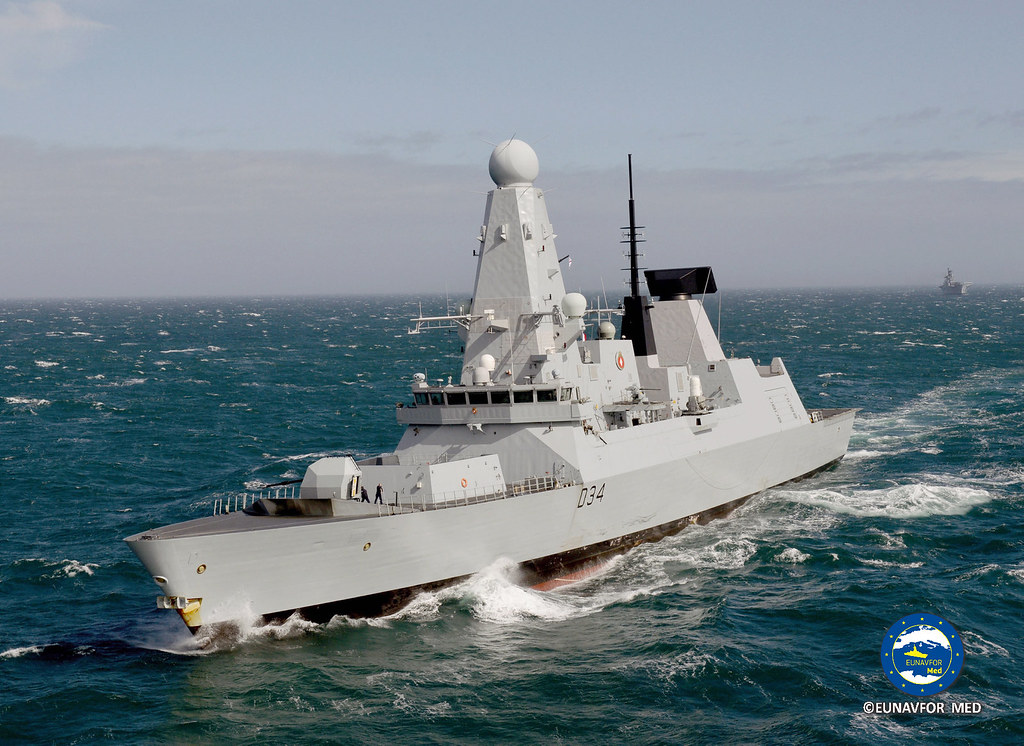 China, Russia and Iran form the collective of powers most threatening to western civilisation in terms of military strength.

A combination of clashing ideologies and the means to face off rival nations, Western powers are now under pressure to maintain their positions of power.

The US is the worlds largest economy, standing at $20.49 trillion in GDP, followed by China at $13.4 trillion, placing these nations as competitors jostling for the greatest global influence.

Although a mere $2.83 trillion might appear meagre in comparison to these super powers, the United Kingdom sits on a comfortable fifth in the global GDP ranking.

A great responsibility comes with this power for the UK, as one of the founding nations and current member of NATO the UK has an obligation to contribute at least 2% of it’s GDP to defence spending.

The United Kingdom is one of the few nations which does contribute this amount, only four of the thirty members actually do.

Spending 2.1% of it’s GDP, the UK is the third largest contributor toward funding NATO.

Since 9/11, this figure has somewhat fluctuated between rising conflict in the Middle East and economic downturns.

2011 was the highest year for defence spending at 2.77% compared to GDP, eclipsing the number two contributor, Greece’s, peak of 2.38%.

All this goes to show that the UK has been a pillar in Western defence both historically and contemporarily.

As stated earlier, the greatest threats to the west comes from two of the rising B.R.I.C.S nations, China and Russia; as well as Iran.

Both China and Russia are former communist states who have been military opposed to the western hemisphere during the cold war.

After the reformations from Deng Xiaoping and Mikhail Gorbachev during the nineties, the threat of all out war faded into the past.

However, with China’s expansionism into the South China Sea with artificial islands, Russia’s recent violation of airspace and Iran’s blockade in the Straight of Hormuz, the threat poses as economic security.

Now China’s defence spending had reached as high as $250bn, only twenty years ago that sum was $22.93bn, this increase marks a sudden rise in China’s international ambition.

By contrast in the year 2020, the United Kingdom spent £38bn in its defence budget.

Which would appear to be almost nothing in comparison, especially in terms of growth over the years, however, Britain’s closet partner makes up for the shortfall.

Dominating spending globally, the US spent 718.69 bn in defence spending this past year.

A combined 84.7 bn was spent between Russia and Iran, proving that although a substantial amount was spent in comparison to European nations, this sum is dwarfed by its more serious rivals.

The position of global super power is dominated in the hands of the US commander in chief.

That leaves the question, what position does this put the UK into now?

While threats of conventional warfare are perhaps relegated to border disputes in todays world, the UK is in a unique geographical position not needing to worry about such defined issues.

The future of the UK’s military role in the world is less certain than defending its own geo-political borders but maintaining its economic borders.

These stretch much further than the isle of Britain but into the oceans which tie the world together.

Every G20 nation has access to the international market place that is the open seas, but countries such as Iran and China are tightening their grip on their own patch of water.

Historically the UK’s strength comes from its impressive navy, the 1898 ‘Naval Defence Act’ stipulated that the Navy must be larger than the next largest navies.

While unrealistic for the post empire world, the UK is focusing on what its niece brings to the table.

Constructing three new aircraft carries will compete with the trend of nations flexing their strength at sea.

Alongside the overhaul of the air force, propelling into the modern age with the F-35 programme, Her Majesties Armed Forces are set to contribute a healthy addition to the global effort to maintain democratic freedoms across the world.