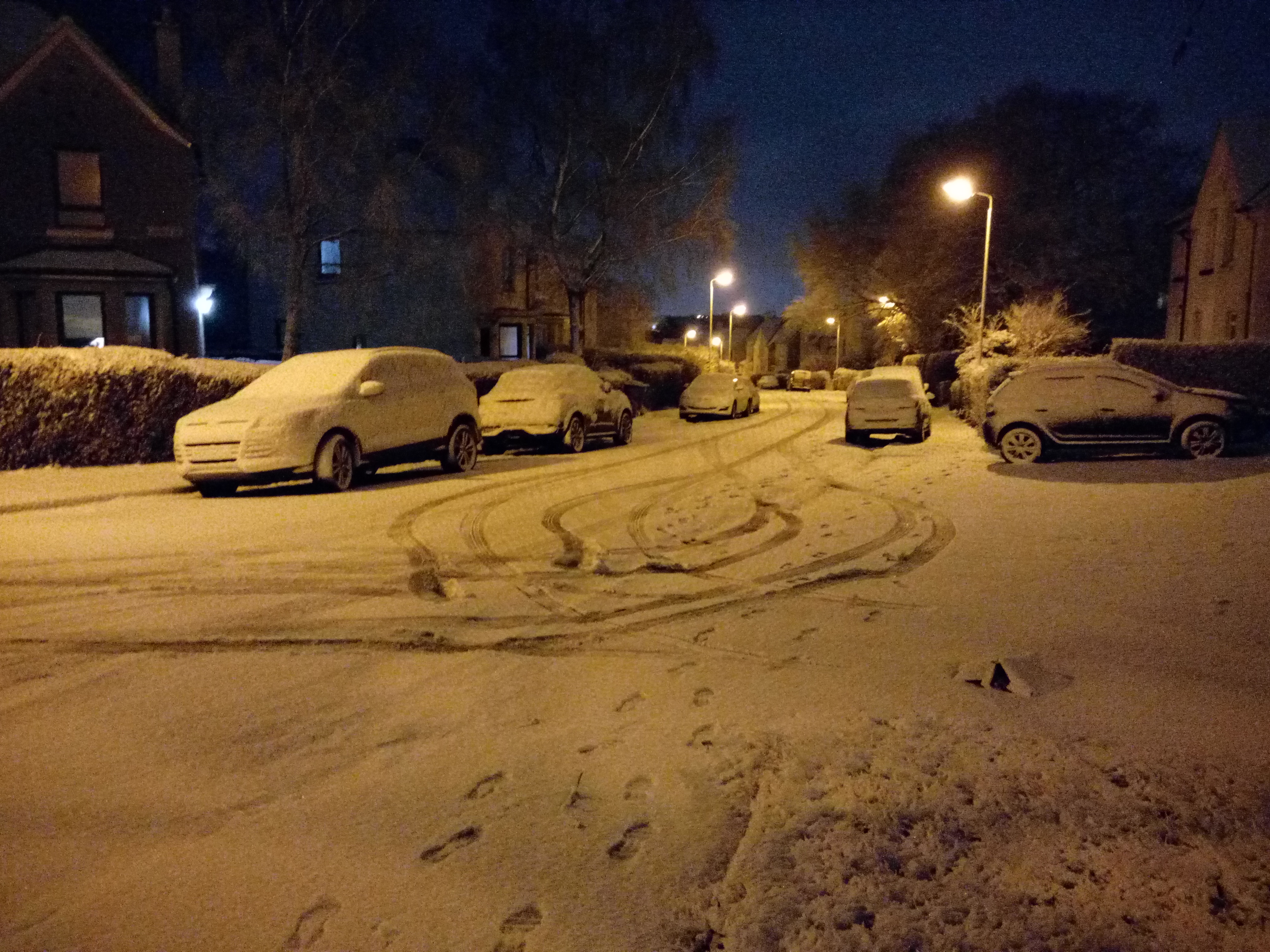 Scotland TranServ talked to the Clyde Insider about how they handled the several days of snow in the past weeks.

The company manages the trunk roads around Glasgow, as part of the South West Scotland network stretching for over 370 miles from Loch Lomond to Stranraer and Gretna.

A spokesperson said, “Our 70 trained winter operatives have been working around the clock to keep the country’s busiest motorways moving.”

On the nights of challenging weather conditions last week 22 vehicles have patrolled the Greater Glasgow network.

The spokesman explained that their spreaders use a 70/30% salt/brine mixture which helps salt stick better to the road surface. He reported that Scotland TranServ has used 586 tonnes of salt over the course of three days.

“A Potassium Acetate solution is also used to treat our major bridges, because salt solutions can accelerate the deterioration of their metal framework,” he said.

TranServ’s Network Control Centre (NCC) and Communications team have issued over 280 Twitter posts last week to keep drivers across Scotland updated on the weather situation and the risks.

Transport Minister Humza Yousaf said:
“My advice is to take extra time to plan your journey, listen to police advice and drive to the conditions.”

In the last couple of days Glasgow has had a break from the snow, which has thawed with a rise in temperature, but the city has now been hit by strong winds.

The Met Office has issued a Yellow Wind Warning yesterday, updated today, for much of northwest and northern Scotland, the Western Isles and the Orkney Isles.

People travelling should still be careful and mindful of the bad weather conditions.

Next post Baldini: An interview with the latest winner of the “Alessandro Manzoni” award