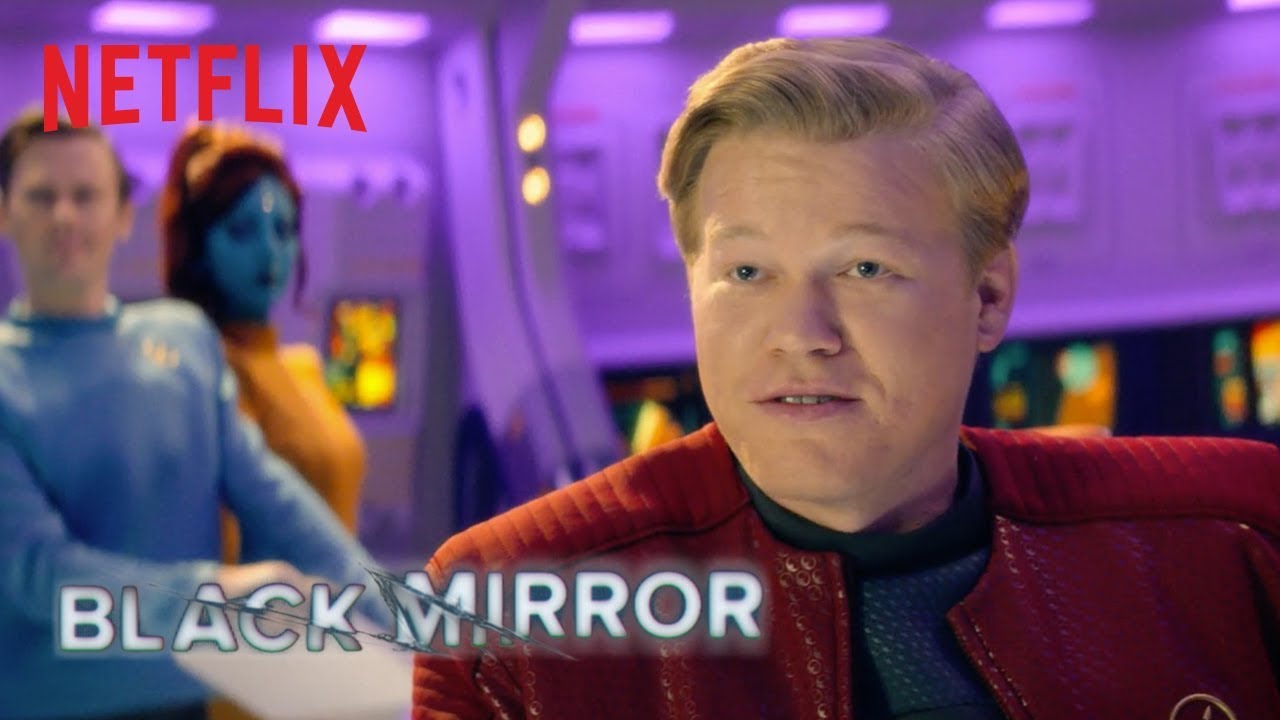 This is a full recap of the episode, so a spoiler alert is a given.

The first episode is the awaited and highly anticipated Star Trek-inspired USS Callister. There is much to be said about this episode and I believe it is the best introduction for this new season.

The opening scene is cringy and drips awkwardness, you might even start thinking you clicked on the wrong show until realisation hits that it’s most definitely the right show.

The Star Trek episode comes to an end and we are introduced to the real world, where technology has once again come a long way and you can have an authentic experience of virtual reality sitting in your chair.

Daly, whom we met as the Captain of the USS Callister, is actually the awkward genius who made the incredibly successful Infinity game possible. He is an introvert who doesn’t seem able to stand up for himself.

You kinda feel for him, you wonder if he has programmed avatar of his colleagues to do in virtual reality what he doesn’t have the guts to do in real life.

Then the new girl comes in and she is what you call adorable, she’s kind and shy and smiles at everyone. Cole is one of those quitely smart people, but she’s also very pretty and everybody immediately welcomes her, taking her away from Daly.

He is the first Cole seeks out, introducing herself as a big fan of his work and admiring his genius. But then Walton – Infinity co-founder – sweeps her away with his cocky attitude.

Soon a digital copy of Cole joins the crew of the USS Callister in Daly’s own private corner of Infinity.

We discover that the digital characters are not simply avatars used as a stress relief, they are accurate digital copies created through an advanced analysis of their real counterparts’ DNA.

We also find out that Daly has quite the mean streak. He is downright cruel with his digital play-toys. He turns them into monstrous creatures as punishment, he mistreats and abuses them verbally, physically, psychologically.

He even takes Walton’s son DNA to create a digital copy of the child just so he can make digital-Walton watch his kid die.

Digital-Cole is the game-changer, she turns the tables and manages to trick Daly and get him away from his desk in real life – taking advantage of her real-life-self – long enough for them to escape the private sector of Infinity that Daly had cut off from the rest of the game.

They manage to escape into the cloud with the USS Callister and Daly gets stuck in the game, unable to end the session, his voice commands useless.

In real life, his body goes limp at the desk, his mind still connected to the game, trapped in his own invention. It is safe to assume he will starve to death as it’s holiday season and he put a sign on his door not to be disturbed.

The digital copies seem to get a happy ending, but a less optimistic viewer will realise that their chances in the vast online world are thin and their life expectancy quite short if their first interaction with another gamer – who threatens to blast them out of existence – is of any indication.

If you’re less grim and you like happy endings better than I do, you might still be satisfied with a positive ending.

The mean guy gets his dues and the digital heroes have a chance at freedom. But if you thought it’d be this easy you wouldn’t be watching Black Mirror.

Is Daly the bad guy?

What’s the difference between Daly and a Call of Duty player?

The easy answer would be conscience. The digital copies in USS Callister are conscious, they are exact copies of the original people in personality, emotions, character, memory. One might say they have the potential to be people, equals to their real-life counterparts.

But where is the line, what’s a simple avatar we can kill without remorse and what is an artificial conscience? What is suffering and when is it real, valid?

Black Mirror doesn’t answer the questions, as always the series simply portrays them, for the audience to wonder.

Is Daly a bad person, a criminal in a way? Or is he just a player who lost control of his own game and met his end because of a technology he created?

Is this a case of artificial sensibility, or is it about humans succumbing to technology for their hybris?

Next post February LGBT History Month: A look into the past