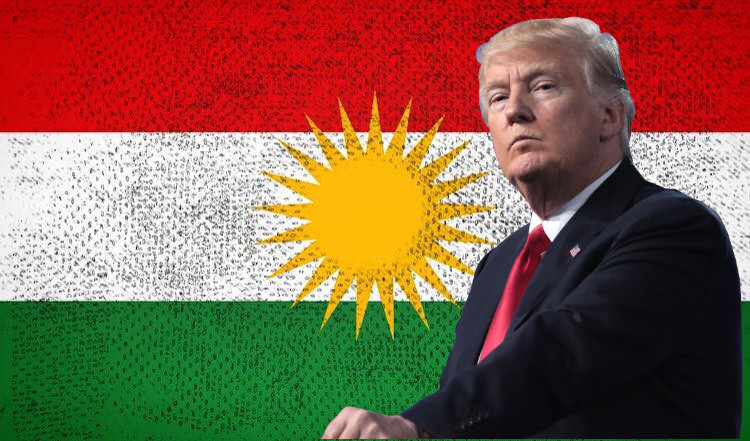 US President, Donald Trump, announced on the 6th of October, he will be withdrawing US troops from Syria.

As a part of the US’s mission to ‘degrade and destroy’ the Islamic State of Iraq and Levant, in Operation Inherent Resolve, the United States has been conducting airstrikes in Iraq, Syria and Libya.

With President Trump confident that ISIL is all but defeated, he believes it’s time for the US’ role in the conflict is to come to an end.

In a tweet, Trump said, “I have held this fight off for almost three years, but it is time for us to get out of these ridiculous Endless Wars, many of them tribal, and bring our soldiers home.”

This decision follows a discussion over the phone between Trump and the Turkish president, Recep Tayyip Erdoğan.

Edroğan, announced his plans at the UN general assembly to create a ‘20-mile safe zone’ which would run 300 miles along the Turkish border.

The zone would be established as a part of Operation Peace Spring, a military operation by Turkish forces to remove the de-facto autonomous Kurdish government.

The Turkish government view the Syrian Democratic Forces, an alliance of Kurdish, Arab, Assyrian and Syriac armies, as terrorists because of their connection to Kurdish Workers Party (PKK).

From the 1980s until late ’90s, and again during the 2000s, then since 2015, the Kurdish Workers Party, the PKK, have led an insurgency in eastern Turkey fighting for independence.

Since 2011, the Peoples Protection Units, the YPG, have fought in the Syrian civil war for an independent Kurdish state.

The Peshmerga are also another Kurdish fighting force but based in Iraq and are responsible for the security of the autonomous Kurdistan region.

Now Turkey plans to push back the SDF alliance, which it views as a terrorist group, then resettle one million Syrian refugees into the so-called safe zone currently sheltering north of the border.

Authorisation for Use of Military Force

So far it has been misleading to say Trump is withdrawing troops from Syria, as of now, only around 50-100 special forces have repositioned to other larger bases.

This move paves the way for Turkey to move into the area operated by the Syrian Democratic Forces, now approximately 1,000 troops remain in Syria.

The controversial decision was within the power of President Trump because the legal powers held by the president under the use of the law which started the whole operation.

The US president has the power to ask congress for ‘authorisation for the use of military force’ (AUMF).

An AUMF allows the president to use the military for a defined mission so long as congress has made the approval.

Days after two planes struck the World Trade Centre on 911, then president Bush, sought an authorisation for use of military force (AMUF) from congress which the house granted with only one congressional representative voting against authorisation.

Later, President Obama claimed that ISIL had links to Al Qaeda and the Taliban which put ISIL within the scope of the 2001 AUMF.

Obama used this as his mandate to begin airstrikes on ISIL in 2014.

Those airstrikes were then named ‘Operation Inherent Resolve’ in October of that year.

The United Kingdom later joined the operation after parliament voted in favour of airstrikes nearly a year later.

Now Trump has decided drawback from the Turkish-Syrian border under the authority of the 2001 AUMF which grants the executive powers over the military operation.

Who Are the Kurds?

Just as in any other continent, the Middle East is made up of various groups of people with their own national identity.

Kurdistan is an officially recognised autonomous region in Northern Iraq and has been since the 1970s, where it is illegal for the Iraqi military to enter.

The Peshmerga forces are responsible for the security of Kurdistan in northern Iraq and have been fighting ISIL since the terror state started gaining territory in the transcontinental region.

However, Kurds in other countries, such as Turkey, Iran and Syria, have been fighting for their sovereignty for centuries.

In 1923 the treaty of Lausanne was signed which settled the modern borders of Turkey alongside other European conflicts.

The Kurds were never given any degree of autonomy, which the British had for some time advocated, by the end of the treaty, despite making up one-third of the Turkish population while half of all Kurds lived within Turkeys new borders.

Later in world war two, the Kurdish people’s contribution to the allied war effort was limited because they had no nation to represent themselves.

Many Kurds had fled to the Soviet Union, after 700,000 had been deported or displaced in a Turkish ethnic cleansing, and then called on to join the war effort against fascism in Europe.

By the end of the war and the end of a Kurdish uprising in Iraq, the Peshmerga was formed to correct the mistakes made in the failed uprising.

During Operation Desert Storm, the First Gulf War, the US encouraged Shia and Kurdish forces to revolt against Sadam Hussein.

The RAF established a no-fly zone in the north to support the mostly light infantry of the Kurdish Peshmerga.

However, they received no further support from the US and were subjugated by following the failure of another uprising.

Once ISIL began to become a substantial threat towards the Kurds, as the Iraqi army retreated from the horrors inflicted by the fundamentalists, the Peshmerga quickly made a name for themselves as the most effective fighting force against the terror regime.

The United States later backed them in 2016 with $400 million and training within the SDF from military advisors.

Now Trump has announced that the US will be stepping back from its role in the fight against ISIL saying, “Turkey, Europe, Syria, Iran, Iraq, Russia and the Kurds will now have to figure the situation out, and what they want to do with the captured ISIS fighters in their “neighbourhood.”

An SDF spokesperson responded saying there were, “assurances from the US that it would not allow any Turkish military operations against the region.”

Despite Trump deciding to pull out of northern Syria after a phone call with Edroğan, he denies the decision was related to Edroğan informing him of plans for Operation Peace Spring.

Trump later tweeted that he would ‘totally destroy and obliterate the economy of Turkey’ if they were to act in a way which he considered ‘off limits’.

Turkey plans to resettle 3 million refugees from Syria into the 20-mile-deep zone south of its border.

The Zone will cut into the most densely populated areas of SDF controlled territory, leaving the alliance with mostly desert landscapes and small villages after being driven from the arable northern plains.

Few of the refugees themselves are Kurdish, which adds the humanitarian concern.

Ethnic tensions are likely to rise as Kurds are forced out of their homes for others to fill them.

The UN reports that 130,000 people have fled from cities, villages and towns, and they expect this number to rise.

Another concern about the sudden strike from Turkey is the pressure it will relieve from the remaining ISIL force.

The SDF has been weeding out the last remaining ISIL terror cells in the region.

With SDF forces occupied on standing their ground in the north ISIL will be given an opportunity to regroup and escape capture by Kurdish security forces.

As that battle wages on, the SDF is also holding as many as 12,000 relatives linked to ISIL across seven camps which are reported to be near the Turkish border.

On the 13th of October, Kurdish authorities reported that as many as 800 relatives of jihadists escaped the camp as a nearby battle raged on.

It’s feared that the escape and others possibly like it could embolden ISIL to regroup, setting back the work put into defeating the caliphate from much earlier.

An SDF spokesperson added, “The Turkish threats mean that the situation in this region will return to point zero, there will be chaos once again.”

The sudden launch by Turkish forces possess a threat to everyone involved.

As the Turkish government view the SDF as directly linked with the PKK, the Kurdish Workers Party, they began the offensive with airstrikes, and artillery fire into SDF controlled terrorist.

The SDF comprises of a light infantry force with little power to resist attacks from above, leading to a one-sided fight.

Civilians have now clogged roads as they try to escape the bombardment.

Edroğan told reporters, ‘We said ‘one night we could come suddenly.’

Adding, “Our mission is to prevent the creation of a terror corridor across our southern border, and to bring peace to the area.”

But only days before the SDF were seen to be western allies in the prevailing fight against ISIL.

While the SDF lack the armament to deter Turkish warfare from the skies, they are still resisting the push and remain to fight for their cause.

An SDF spokesperson said, “As the Syrian Democratic Forces, we are determined to defend our land at all costs.”

Facing overwhelming odds, this has caused the SDF to find new allies after they found themselves abandoned by the US.

Now they have agreed for Assad to send in his forces into long-held Kurdish territory to defend the Syrian border.

In a statement, the SDF announced, “An agreement has been reached with the Syrian government — whose duty it is to protect the country’s borders and preserve Syrian sovereignty — for the Syrian Army to enter and deploy along the Syrian-Turkish border to help the SDF stop this aggression”

Assad has been an ally to eastern powers, Iran and Russia, throughout the conflict and now it would appear that in this move, Trump has ceded a major ally of the west to the likes of the Kremlin and repressive regime of Iran.