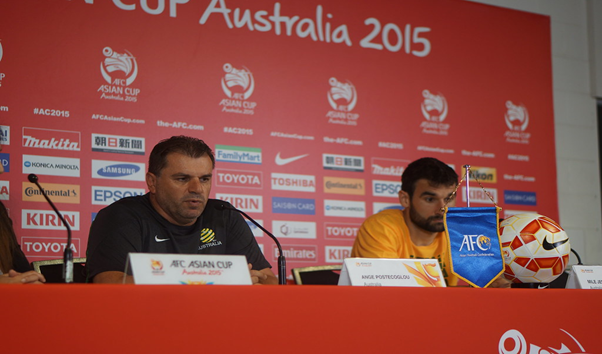 Celtic Manager Ange Postecoglou wins the Scottish premiership in his first season in charge of the club.

The man who looked to be set to take the job was former Bournemouth manager Eddie Howe, he at that time was the man the fans wanted at the club. But then as weeks slowly passed by and the deal still wasn’t done the deal finally fell through as apparently Eddie Howe couldn’t get the backroom team he wanted.

He was a name who not many Celtic fans had heard of before, but that doesn’t mean he didn’t have a reputation. Before he eventually came to Celtic Postecoglou won the J league title in Japan as well as the emperor’s cup, an A league title in Australia and maybe most impressively winning the Asian cup with Australia.

There were doubts with Celtic fans about Postecoglou as he wasn’t to some fans “a big enough name.” But after Celtic fans did some research on the man himself, Celtic fans got a bit more excited than they thought they would be by the appointment as it seems that a lot of the fanbase got won over by some of the things Postecoglou was saying in is pressers like for example how he wants his teams to ply and just his beliefs in general.

The new Celtic man had his work cut out because he came into the job later than he probably wanted due to how long the talks with Eddie Howe went on for before they collapsed. This had meant he would only get a few short weeks with the squad before the start of the European qualifiers.

The Aussie manager brought in over ten players during the summer window which also seen big names leave the club like Captain Scott Brown. Ryan Christie, Edouard and Kristofer Ajer. This had meant it was nearly like a brand new squad at Celtic with the exception of a few long term servants.

It was a tough start to the season for Celtic as they got put into the UEFA Europa league group stage after being defeated by FC Midtjylland. It also was not a very good start in the league as they suffered a few defeats in just their first few games.

Going into the game at Aberdeen midway through the season there were people honestly saying that if Celtic didn’t win, the title race was over, and Ange Postecoglou would maybe need to go. Luckily for them Celtic did win the game and ever since then they have not tasted defeat in the league, this was without doubt the turning point.

This led to them winning the Premier sport cup in December a month before perhaps the most important month of the season. January was massive for Celtic because even though they were on a very good run they were squeezing by teams due to their very small squad.

They addressed this big time in January by raiding the J league and bringing in a gem in Matt O’ Riley from MK Dons. This was very important as they could now finally rotate players as they would now feel that they would be confident enough to make more changes every game because of the now increase of quality.

And in most of all Celtic minded people believed that Ange Postecoglou knowledge of the J league due to his time there was perhaps the biggest reason why Celtic went onto win the title this season which include two victories against Rangers. And also of course the other reason being is that they never stop.