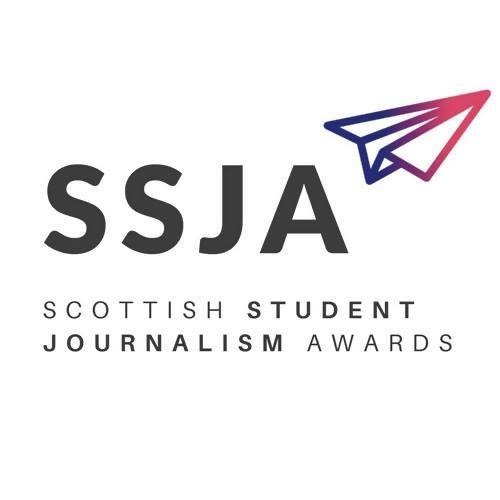 The Scottish Student Journalism Awards 2018 will be run in association with BBC Scotland as well as headline sponsor The Scottish Newspaper Society and other media organisations.

Any student studying journalism at college or university in Scotland can apply and the SSJA offer them an opportunity to showcase their work to industry professionals.

A spokesperson for SSJA said: “It’s the first year the SSJAs have run in conjunction with BBC Scotland and will mean senior broadcasting professionals will be both judging and presenting three awards.”

‘Broadcast Story of the Year’, ‘Podcast of the Year’ and ‘Best Mobile Journalism story’ are the three categories that will be run in association with BBC Scotland, reflecting the direction of the industry towards digital.

BBC Scotland Deputy Head of News, Peter MacRae, said: “BBC Scotland is pleased to be associated with this year’s SSJA, building on the relationship we already have with the Higher Education sector.”

MacRae commented on the new award categories of mobile journalism and podcasting saying they will give students the opportunity to demonstrate their readiness to join the news media in Scotland.

“Digital-storytelling skills are essentials for journalists entering the industry today whether a media organisation’s roots are in broadcasting or publishing,” he said.

The awards will have 13 categories and run in partnership with sponsor The Scottish Newspaper Society, which also provides judges and hosts from top national brands like The Scottish Sun and The Daily Record.

Director of The Scottish Newspaper Society, John McLellan, said they are delighted to support the SSJA, to recognise and encourage the talent of journalism students in Scotland and strengthen the links between the news industry and education.

He said: “The breadth of the award categories also reflects the multiple skills required of the modern journalist.

“In a highly-competitive world, the best young writers, editors and producers deserve recognition and we’re looking forward to some cracking entries.”

The awards are organised by the second year HND Media and Communications class at Glasgow Clyde College.

“The group is working round the clock to ensure everything from judging to catering is organised ahead of the event,” a spokesperson said.

Glasgow Clyde College Assistant Principal for Business, Creative and Digital Industries, Robert Anderson, said: “I’m delighted that we are to be working in association with the BBC.”

He wento on to say that this collaboration is further recognition of the growing reputation staff and students have developed over the last few years.

Claire Donaghey, Head of Curriculum for Media and Performing Arts, added: “I’m quite sure that this support from the BBC will enrich the students’ learning experience and industry knowledge.”

The SSJA team at Glasgow Clyde said they are determined to make this year’s event better than ever before.

Amy Beaton, spokesperson for the team, said: “The whole class is working hard to ensure we give journalism students an opportunity to showcase their work and be part of this prestigious event.

Applications open on Monday 5th this month and students shortlisted will be invited to the awards at Glasgow’s St Andrew’s in the Square on May 30th.