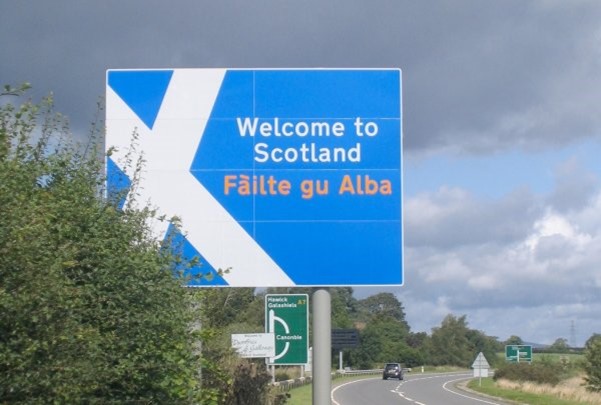 Research shows Gaelic could die out in ten years: can Duolingo help change this?

The first of several meetings to discuss the future of Gaelic has taken place in response to a report published earlier this year that suggests the language could become extinct in a decade.

The meeting occurred virtually on 1 December and was attended by 62 delegates from across Scotland after experts from the University of the Highlands and Islands (UHI) and the Soillse research project concluded Gaelic is “in crisis”.

This comes after Duolingo, a popular language learning app and website, revealed its Scottish Gaelic course has surpassed 500,000 learners since launching in November 2019.

Councillor Calum Munro, chair of the Highland Council Gaelic Committee and co-chair of the meeting alongside MSP Kate Forbes and Dr Michael Foxley, said: “The breadth of responses, from the type of people and the range of age groups was really positive: people weren’t complaining, they were suggesting things.”

Some at the meeting called for “Gaelic only” events in pubs, cafes and restaurants.

On the success of Duolingo’s Scottish Gaelic course, Calum said: “Anything that raises awareness of Gaelic will help strengthen Gaelic.

“Duolingo has a worldwide audience and a worldwide reach. So, to be part of that really gives Gaelic status, which at times it hasn’t had or doesn’t get.

“For the real, vernacular communities, Gaelic is still a household, family and community language, and it is recognised now that these communities are really fragile.”

Mártainn Mac A’Bhàillidh, an architect and Gaelic language teacher, is one of three volunteers who designed the Scottish Gaelic course.

“Gaelic speakers have been told for hundreds of years that there’s no value in the language and they need to learn English to get ahead, so there is a real issue with how people see their own culture and their language,” he said.

Gaelic was once the primary language in Scotland but following the Jacobite Rebellions in the 17th and 18th centuries, it was severely persecuted.

The Education Scotland Act of 1872 effectively banned it in Scotland’s schools, greatly damaging the language.
However, in 1918 the Scottish Government placed a requirement on councils in Gaelic communities “to make adequate provision for Gaelic”, helping change attitudes towards it.

According to the Scottish Government’s 2011 Census, Gaelic is spoken by 58,000 people in Scotland.

Gaelic speakers are spread throughout Scotland but the council areas with the highest number of people able to speak Gaelic were found in Na h-Eileanan Siar (52%), Highland (5%) and Argyll & Bute (4%).

The map below shows the density and numbers of Gaelic speakers in Scotland, according to the 2011 Census.

So, what can be done to ensure Gaelic lives on?

Màrtainn said: “The main thrust of it is, far too much is spent on education. Essentially, languages live in communities and in families and in networks of friends, and those things don’t come from schools.

“The Gaelic communities themselves need support, and they won’t continue to exist without that support.”

Gaelic communities in the Hebrides are facing rising house prices and a lack of job opportunities.

According to Mártainn, this has been driving young Islanders to the mainland for years, making the language harder to preserve.

Donald MacAskill, a 63-year-old Gaelic speaker from the Isle of Harris, moved to the Highlands in his twenties for work and has been employed in Gaelic nurseries ever since.

Although UHI’s recent research shows Gaelic is only spoken by 11,000 people on a daily basis across Scotland, most of whom are over 50, it is clear there is a keenness to preserve Gaelic among youngsters too.

Rory Cormack, 18, is a Gaelic speaker from the Highlands who studies at Edinburgh University.

He said: “I think all of Scottish culture – kilts and bagpipes and everything – started with Gaelic, and I think if we lost Gaelic, we’d lose a huge part of our history.

“When you start to look for it, Gaelic is the basis of everything and it’s really important we keep that.”

Many young Gaelic speakers have also been encouraged by the success of Duolingo’s Gaelic course.

Mairead Morgan, a 21-year-old Highlander who studies at Orkney College UHI, said: “I have been impressed by the Duolingo course, and I’ve found it has played a very important role in increasing Gaelic’s prevalence in the media.

“It has also increased the number of Gaelic learners across Scotland, and hopefully these numbers will only continue to grow.”

There is also a myriad of job prospects available to those who speak Gaelic.

Mairead has been involved in the Mòd – an annual Gaelic language festival, conducted interviews on BBC Alba and presented on Radio nan Gadiheal.

“Speaking Gaelic has provided me with many opportunities. It has also given me an awareness and appreciation for different cultures and minority languages,” she said.

Another Gaelic speaker who has benefited from the language is Megan Dale, 23, from the Highlands.

Megan has spoken Gaelic from a young age and now uses it in her role as a researcher at Caledonian TV. She has also worked in the Gaelic tourism sector.

“I’ve had so many different opportunities that I wouldn’t have had if I didn’t know the language,” she said.

Megan has also been inspired to use her Gaelic on social media after a recent online movement saw young Gaelic speakers take to Instagram and Twitter to promote and normalise everyday use of the language.

The trend started in July when UHI and the Soillse research project published their research on Gaelic-speaking communities.

Megan said: “I think it’s a really good way to raise awareness of Gaelic amongst younger people who are on social media a lot.”

As thousands of people continue to sign up to Duolingo’s Scottish Gaelic course, the three Scots who created it have been nominated at the Scottish Gaelic Awards for their impact on Scottish Gaelic language and culture.
It seems there is a feeling among many Gaels that now is the time to speak out and
campaign for the preservation of Gaelic-speaking communities.
Last month, a virtual summit was held to discuss the future of Gaelic by John Swinney, Deputy First Minister of Scotland and Cabinet Secretary for Education and Skills. 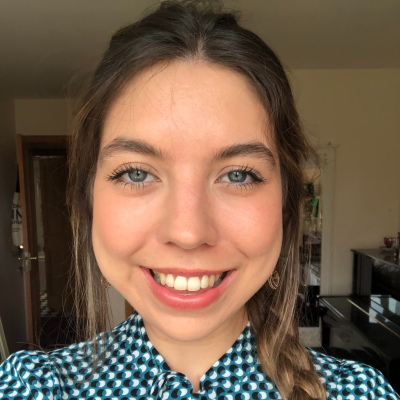