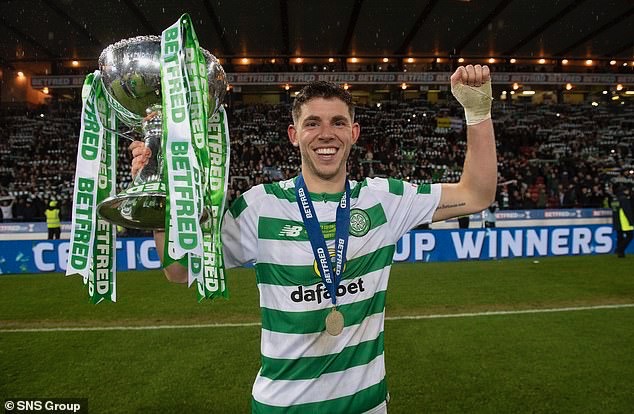 Ryan Christie carved his name into Celtic folklore after another dazzling display in the Betfred League Cup Final on Sunday, earmarking his rapid rise in Glasgow’s green and white.

His winner against Aberdeen in the fifth minute of first half stoppage time in the Betfred league cup final was a clear indication as to how far he has kicked on not only under Brendan Rodgers but thanks to the help of Derek McInnes.

Speaking to the Clyde Insider after full time he beamed as he spoke of his involvement at Parkhead;

“Brendan has been great with me, even when out on loan, he said to me that he had a plan with me and that he wanted me to develop and that if i worked hard enough I’d get into the team and that gave me some extra motivation whenever he has said that.

“Even Derek was brilliant with me when i was up there on loan, giving me the game time and helping me with little things that helped me kick on, he was there for me a lot of the time.

“The lads up at Aberdeen were great with me, they supported me through a lot, I always knew it was going to be a strange day today, coming up against my old team mates, and they made it hard for us for the full 90 minutes.”

After a successful period for the ‘bhoys’ Christie has gone on to replicate his form for Aberdeen and his plans don’t include resting on his laurels.

“Obviously we don’t get a lot of time to celebrate the win as we’re back in action midweek (Wednesday v Motherwell) we all need to be on the top of our game and i just need to keep working hard and cement my place in the starting XI, hopefully i can keep kicking on, playing and performing well week in week out which motivates me going forward and developing as good as much as i can towards the end of the season.”

“It’s been a big week for us, we needed to go and win midweek in Norway which we did and we wanted to win silverware today against Aberdeen to set us up nicely going ahead which is good for the groups performance going forward.

Next post My year in Gigs: Unforgettable moments in the Glasgow music scene