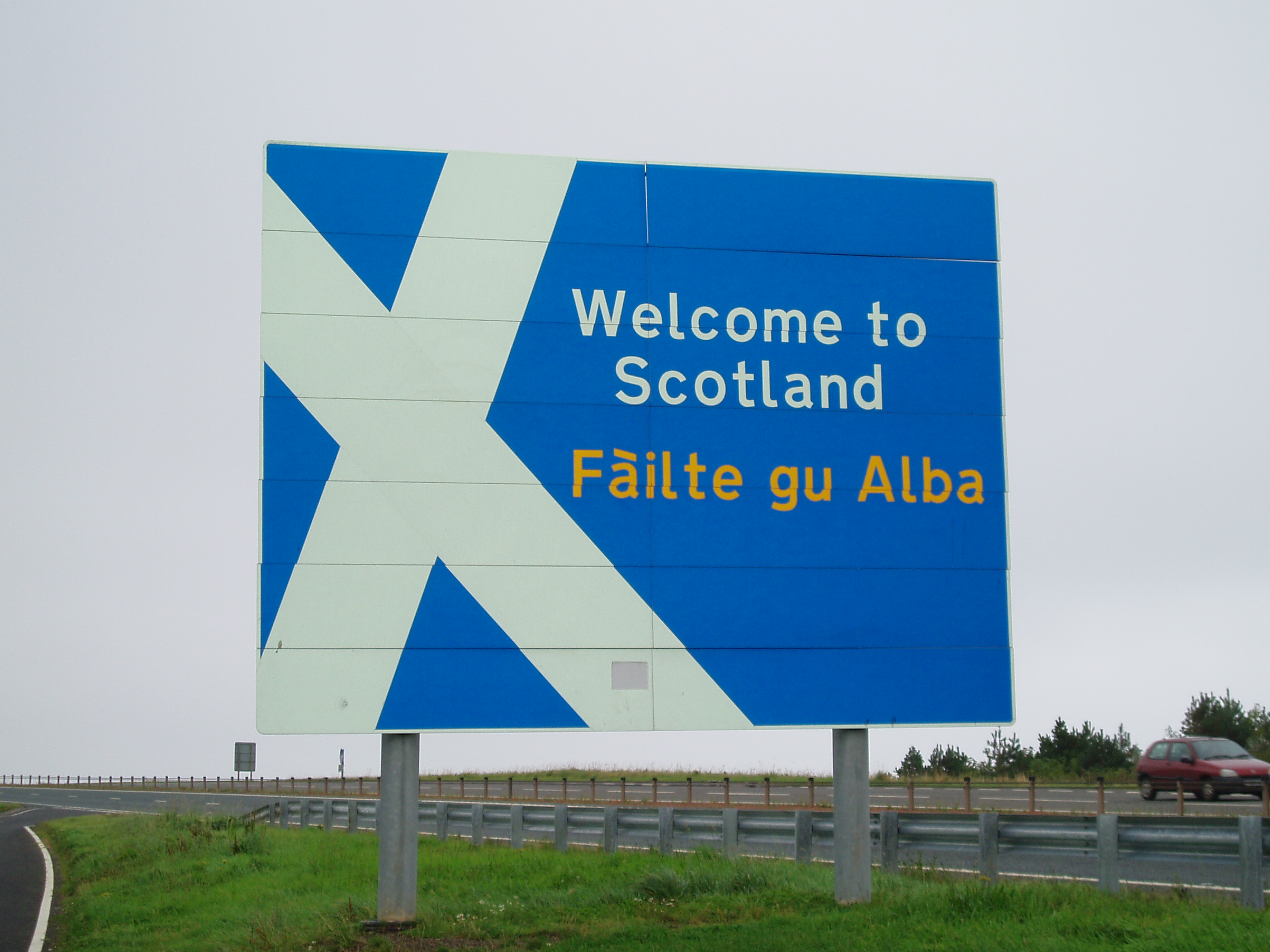 Thousands of refugees and those who seek asylum come to the United Kingdom every year. War, conflicts, religious sectarianism, political and social oppressions have forced people across the Middle East and Africa to take their own lives and flee from such devastating situations.

Based on reports, many of them never finish this perilous journey as their boats sink or plunder and eventually killed by smugglers.

Those who are survived find themselves stuck in coping with a long and onerous process known as “asylum claim”.

As Scots have no authority on the UK’s immigration policy, it is futile that the Scottish government has reiterated to welcome refugees and the Eastern European migrants.

The media manager of the Scottish Refugee Council (SRC) Pauline Diamond Salim believes disregarding of either involved in the asylum claim process and refused asylum seekers’ rights have become a daily routine in the current Westminster government.

“For the current government, immigration, asylum and refugees’ difficulties are the least of priorities” Ms Salim added the SRC and tens other organisations launched Lift the Ban campaign to convince the Tory government to allow asylum seekers to work.

About 600 asylum seekers and refugees from Iran, Syria, North Africa, Afghanistan and even from the heart of the EU, Albania, come to Scotland every year.

Many of these people had significant careers and positions in their country but leaving everything behind have put them in a state of limbo as they must survive with almost £5 a day.

Mohammad, an Iranian GP, has been involved in the asylum claim process since September 2017.

It is imaginable that a highly educated person’s talents and knowledge have been wasting during such period.

“For the first year, I improved my English skills but now I have nothing to do and just desperately wait”, Mohammad said in a whining tone about not to be deserved this life.

“I have asked many people from my solicitor to human rights organisation to get work permission but it has been disappointing”, the Iranian GP said.

Ms Salim believes the legal process in the UK is so challenging and said: “the period sometimes takes longer for years living in uncertainty has caused that people fall in poverty”.

It is challenging to secure refugee protection in the UK and many people are refused multiple times and go to appeal.

Indeed, one of the SRC’s ambitions is to improve public attitude and increase public empathy with refugees.

Mohammad believes people in Scotland have not sufficient knowledge about refugees’ difficulties.
“My devastating circumstance is a tip of the iceberg, I know many people who even are not allowed to study here”, he thanked Scots and human rights organisations and added, ” I do not know what would have done if the Migrant Help and the Scottish Refugee Council had not supported us”.

The SRC media manager argued that there is no provision for people who are such a situation.

“The UK government at Westminister happily want people to see failed, they want this policy to force people to live in this situation.”

She added that her charity and other organisations are working hard with the Scottish government to change the UK government policy.

Asylum seekers should cover all life expenditure, except housing and bills, by £36.95 per person a week. It will be more harmful to those who are refused as the Home Office would order to stop all supports even accommodation.

Indeed, the British government has a contract with an organisation known as Serco to provide flats for asylum seekers, which forced refused asylum seekers to leave properties after receiving notes from the Home Office last year.

It is not clear whether either the government and the Serco had any idea about where these vulnerable could stay after the decision.

The SRC used to provide all support in asylum protection journey, which was funded by the Home office, but it lost the funds five years ago.

The limited budget does not allow to provide maximum support but Ms Salim says her charity still attempts to financially help these people as possible as it can.

The Scottish government funded more than half of about two million of the SRC’s budget in 2016-17.

Other its income sources such as the UK Advisory Board, local authorities, donation memberships and various bodies funded the rest of the budget.

However, the SRC says it needs more budget for its projects such as Supporting Refugee Integration in Scotland (SRIS).

Indeed, after getting rid of the asylum system and granted as a refuge, these people face other challenges like the family reunion process, which all the British Red Cross, the SRC and the Home Office jointly run.

The SRIS supports new refugees to rebuild their life in Scotland through providing advice and advocacy in various issues including housing, welfare rights, employability, education, health and social connections.

Ms Salim was unable to say how many refugees stay in Scotland as most of them move to another part of the UK like London and Manchester.

“We have been part of the system receiving people for roughly 20 years.

“There are several reasons that refugees leave Scotland and go for example to London, job opportunities, multiculturalism, family or friends and the weather.”

She has raised another challenge, which all system face and should cope with.

Uncertainty about the government’s new immigration policy after the Brexit has concerned all human rights organisations.

However, the UK’s refugee system is under the UN immigration policy and it does not seem to be related to membership of the EU.

Based on the current process the Home Office’s target of proceeding to decide about the asylum claims is six months, which the Guardian has reported on Tuesday 7 May that the government is going to scrap it.

The Home Office’s decision indicates that those who seek asylum should expect more delay than the current level.

This includes all requested time by the Home Office during judicial reviews proceeding. Indeed, it used to authorise to postpone deadlines to six months to decide on a claim; meanwhile, the applicants have no option except waiting or withdraw their applications.

Another challenge that those who are granted have been faced is about getting an appropriate job based on their professional career and experience in their own countries.

Mary is a Syrian architect who has lived in Glasgow for about two years says that everywhere she has tried to get a job related to her career requests for references to her previous works.

“I cannot provide my experience references from my country because the Syrian company I worked for is no longer exist”.

She complains that many of her job applications are refused and employers only accept those who already worked in the UK or have valuable references.

“I designed many buildings and parks in Damascus (Syria Capital) but now to manage life’s side expenses, I have to work in a restaurant,” she added.

Despite all difficulties, Mary and many other refugees believe Scotland is one of the best places they have ever been.

The Scottish government has played a significant role in such foreigners’ attitude about Scotland as it has run a new strategy since last year to pursue its welcoming policy to migrants from across the world.

The Scots integration strategy is a five years comprehensive programme to recognise the skills, knowledge and resilience which refugees bring and aims to help people to settle, become part of the community, and pursue their ambitions.

Scotland’s population is getting older and the death rate outstrips births. To continue economic growth and to have a dynamic society, the country needs to increase its young people.

One of the cheapest policy to solve such problems is to welcome skilled and semi-skilled immigrants and refugees.

At the moment, thousands of European citizens work in key Scottish factories. A no-deal Brexit will cause that most of these experienced staff leave the country, which means that firms in Scotland will face serious challenges.

The Scottish government has a long term plan to develop the country’s industry, which will be crucial after possible independence near future.

In this regard, the current government in Scotland should campaign to convince the Home Office to consider those asylum seekers’ cases who are going to stay in Scotland in high priority.

As refugees are more determined to rebuild their lives, they play a constructive role to develop Scotland but these people only need to get rid of all problems and to be trusted. 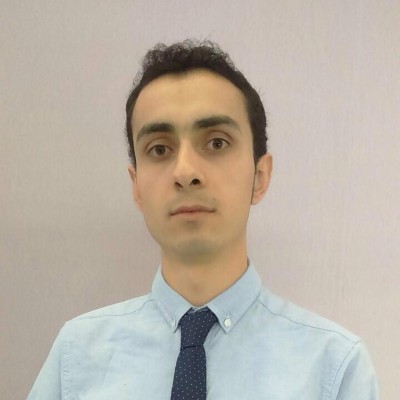 Next post The Struggle of Physical Music in the Modern Day