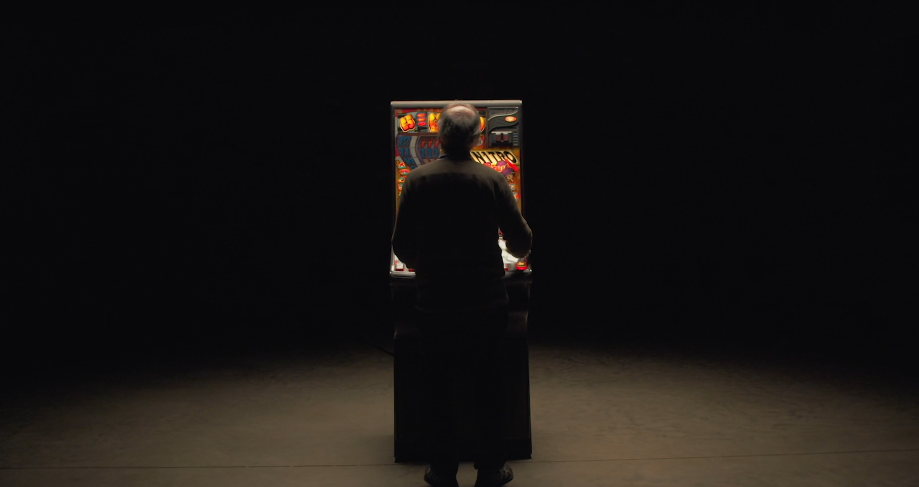 Scotland is facing a new epidemic in the form of compulsive gambling. Earlier this year gambling helpline Gamstop recorded a 23% increase of registrations compared to pre-lockdown figures. That equates to roughly 207,000 Scots.

Gambling is very much the elephant in the room for Scotland but one former gambler is now using the arts to continue his campaign in raising awareness.

Martin took his first steps towards recovery after the tragic passing of his son Tony in 2014 and used his grief to push him forward in a tireless campaign against fixed odds betting terminals (FOBTs).

“A lot of the talk about recovery is trauma, addiction and childhood trauma. This was a trauma that involved our family.” Says Martin, “That’s when the dawn of reality starts hitting you about change. I had such a void to fill.”

Martin who is now a landscape gardener achieved a significant victory in his campaign in 2015 after changes in Government legislation slashed the maximum state for FOBTs by 98% resulting in users only being able to spend £2 every twenty seconds.

After meeting his long-time friend and collaborator Adrien Brody (Author of The Big Wheel) Martin made the decision to adapt his battle to raise awareness through the arts.

“I’m a great believer in showing people how things were rather than telling them.”

After saving up money to fund the project Martin approached different amateur film and theatre groups after deciding to tell his story in a documentary style film.

“I’m a great believer in showing people how things were rather than telling them” and pointing the finger and being angry.” Says Martin, “That’s how I was in recovery, I was angry and suffering from all sorts of issues. I’m at a stage where I accept stigma and shame are a part of a journey and where I’m at now.”

One Last Spin | Trailer from Reverie Films on Vimeo.

One Last Spin first premiered at Glasgow’s Centre of Performing Arts on February 19th and tells four harrowing stories of addiction and recovery.

Currently Martin and Ross have screened the film for online events, film festivals in London and in partnership with the Health and Social Care Alliance Scotland.

The Health and Social Care Alliance have implemented a three-year strategy in partnership with the Gambling Commission to reduce gambling harms and work closely with groups of people with lived experience to implement these strategies.

Programme Manager Georgina Charlton spoke to Clyde Insider about her hopes to see more projects like One Last Spin in mainstream media saying: “I think the media really has something to play in terms of bringing empathetic stories out there so people can recognise that it’s happening.”

Including these empathetic stories was crucial to the film as a whole according to Director Ross Donald who hopes to have the film screened for MPs.

“It was vital to include these stories because it showcases how widespread and insidious this illness can actually be. “Says Ross.

“The ripple effect can take you down a path you don’t want to go down.”

Gambling addiction is generally referred to as a hidden addiction which fuels stigma. This is partly due to the lengths that gamblers will go to fuel their addiction.

A report published by the Commission on Crime and Problem Gambling showed that there was a link between problem gambling and crime with high prevalence rates of people committing crimes to fund their habit.

These were not limited to ‘white-collar’ crimes like theft and fraud with many gamblers going as far to rob people in the street.

Martin says: “One problem with gambling is the effect on others. They say gambling can affect six to ten people, it effects hundreds of people.

“Work colleagues, your wife’s colleagues, bankruptcy and the criminal road you tend to go down. The ripple effect can take you down a path you don’t want to go down.”

Gambling-related harm is a term used to describe the impact the gambler’s addiction has on themselves, their family and larger society as opposed to the term ‘problem gambling’ which focuses squarely on the individual.

Harms can be episodic, or long term and can negatively affect an individual’s physical and mental health, resources and relationships.

A survey conducted by YouGov has shown that 7% of the UK population are affected negatively by gambling-related harm.

The lines between gambling and gaming blur.

Martin shared his fears of the gaming industry serving as a gateway for young people to take on gambling later in life with the inclusion of Loot Boxes and FIFA Packs.

Loot Boxes are virtual items in games which can be bought with real money for a randomised perk such as a new weapon or character skin for players.

Concern has been raised that these Loot Boxes which are used by more than 40% of children blur the line between gaming and gambling. In June 2020 the Government launched a call for evidence with the results to be published in the coming weeks.

“If someone has a problem we want them to know that it wasn’t all their own fault.”

Martin’s next step in his campaign is to introduce a play in Barlinnie and finds catharsis in continuing his campaign saying: “I’m proud to be a part of that in anyway I can. That keeps me in recovery and my discovery.

“Awareness is the name of the game and the old cliché is if it saves one person the ripple effect of that could be family, friends, employees, employers. If someone has a problem we want them to know that it wasn’t all their own fault and that there is help and support out there.”

For a viewing of One Last Spin contact ross@reveriefilms.co.uk 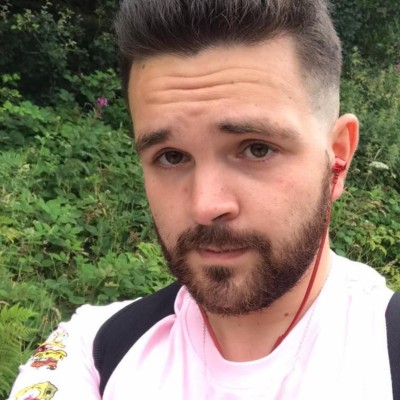