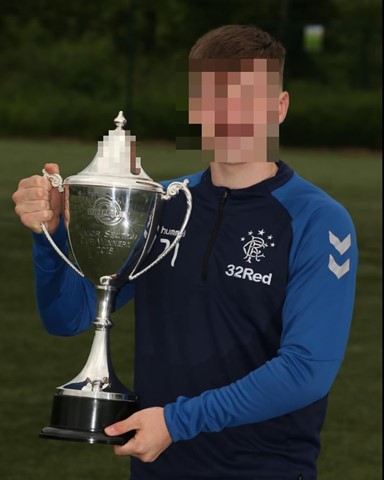 On-loan Rangers Academy star, Chris Mckee, is set to be investigated by Rangers after he allegedly used homophobic abuse whilst playing for Brechin in their playoff defeat to Kelty.

McKee was sent off for the alleged remark on the 41st minute on Sunday during Brechin City’s 1-0 loss to Lowland League Champions, Kelty Hearts.

A spokesperson from Ibrox said: “Rangers are aware of an incident involving one of our on-loan academy players during a match this afternoon.

“We will investigate this incident thoroughly and it will be treated with the utmost seriousness. As a club, we oppose all forms of discrimination. We will handle this incident robustly.”

Brechin went on to lose the game 3-1 on aggregate and marks a new dawn for Scottish football as Kelty become only the third team to come up from the highland/lowland leagues after Edinburgh City and Cove Rangers.

Sunday’s defeat to Kelty marks a historic moment for the Glebe Park men as their 67-year-old stay in Scotland’s senior footballing divisions comes to an end.

McKee joined City this season on loan after recently signing a contract extension at Ibrox until 2022.

However, the incident involving McKee has somewhat overshadowed that with Brechin manager, Michael Paton telling BBC Scotland after the match:

“The ref’s had a wee word with him – I think he’s said he’s used some language he’s not happy with.

“I don’t know what Chris has said because he’s in a bit of a state. He’s upset himself, he’s crying, so I’ll have a conversation with him after I go back in.”

Brechin were only in the Scottish Championship in 2018 and after failing to win a game that season they have declined dramatically, so much so that they now will be in the Highland league next season.

Kelty Hearts were led to glory by Rangers legend Barry Ferguson who was seen celebrating the victory by sliding on the dressing room floor.

The former Rangers captain has managed Kelty since 2018 after a stint as Blackpool caretaker manager and Clyde Boss.

Previous post COVID 19: Are the Government supporting our Key Workers?