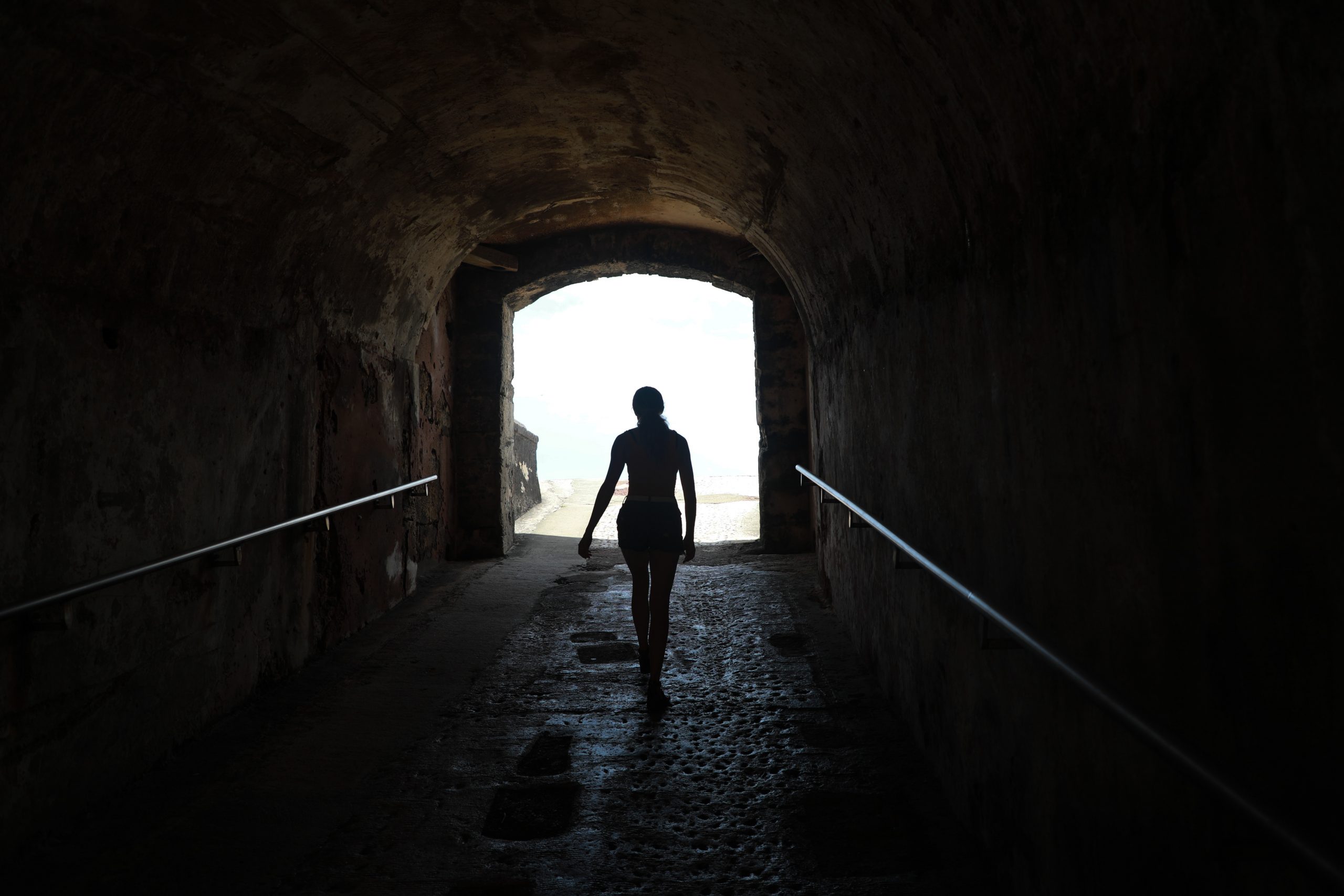 Anorexia nervosa has the highest mortality rate of any psychiatric disorder in adolescence, Priory Group advises.

“It made me feel ashamed for just feeling hungry.”

Pro-Ana, or Pro-Anorexia, is an online community which promotes dangerous behaviours related to anorexia and other eating disorders.

Most groups claim to exist in order to give those with eating disorders a safe place.

However, the reality is that it encourages a lifestyle evolving around mental illness. It teaches you lessons on how to starve, restrict and “how to be a true anorexic” as stated by one online blog.

Many within this subculture view anorexia as a positive lifestyle choice rather than an illness.

There are several people involved in these groups who do suffer from eating disorders, or disordered eating, and do not see the harm they are causing to themselves.

Instead, they get lost in the void of trying to lose weight and keep up with the latest rules from their peers and coaches.

A coach or leader are the terms given to the head of a group who will offer encouragement and support to those using pro-ana methods to lose weight.

They will continually check in and promote these behaviours in order to help you reach your goal, which usually leaves you severely underweight.

Catherine Shuttleworth, a student who has previously suffered from anorexia tells me: “I went onto these forums and someone said they ‘slipped up’ and ate a piece of fruit.

“I expected to hear people saying that it was okay to do that.

“Instead, they were bullying the person – saying things along the lines of ‘you aren’t a true anorexic’ and ‘you need to have better discipline if you ever want to lose weight.’

“It made me feel ashamed for just feeling hungry.”

Many never believe they will become a victim to Pro-Ana’s content, but Catherine explains it’s all too easy to be dragged in: “It’s one of those things where you think you won’t get sucked in, but you do.

“I think one of the shocking things is a lot of what they said was just general diet rhetoric I had heard for years.

“But there are still some things I learnt on there that I struggle to forget, such as how to throw away your food secretly and suck on ice cubes when you’re hungry.

“Aside from obsessively reading posts and stories I never actually made an account or commented in them.

“I think it helped me maintain the illusion that I wasn’t ‘that bad’ and convince myself I wasn’t active in the community.”

While its popularity seemed to diminish slightly, there was another surge last year on the popular app, TikTok.

It was originally Tumblr that was heavily laced with Pro-Ana and “Thinspo” (thin inspiration) content in 2011 –  2015, however with TikTok’s growing numbers it has since migrated over and become a common talking point on there.

More and more videos were cropping up on peoples “For You Pages”, an algorithm of featured content by people you do not usually follow, that was teaching viewers how to dramatically restrict calorie intake, showing intense workouts to drop weight quickly and using things such as corsets to maintain a tiny waist.

Catherine continues: “I think it is important that people know that it isn’t just sole websites that host pro-ana communities and ideas, it is also Tumblr pages, Instagram, Twitter, and TikTok accounts etc.

“Social media companies need to have rigorous policies in place trying to shut these down, as hard as that may be.”

Several young people advised The Tab last year that they had to delete TikTok after feeling vulnerable to the exposure of pro-ana content, and it started to bring on body image issues and feelings of guilt for not dieting enough and eating less.

Tiktok are working to remove videos that encourage eating disorders, starvation and severe weight loss by blocking search results for words associated with the pro-ana community.

However, a simple misspelling of words associated with pro-ana can still land you on these videos, despite Tiktok advising they were working to keep harmful videos off their platform.

In a statement last September, they said: “As part of this, we’ll soon begin redirecting searches and hashtags – for terms provided to us by NEDA, or associated with unsafe content we’ve removed from our platform – to the NEDA Helpline, where NEDA can then provide our community with confidential support, tools, and resources.”

Pro-Ana content creates unimaginable harm to those who have an eating disorder or are trying to recover, as well as those who have not previously been diagnosed.

Instead, it teaches vulnerable people that these “rules” and “commandments” are acceptable ways to lose weight and become the best version of yourself, while neglecting the fact it can be a vicious road leading to severe health issues.

Research published from Beat, UK Eating Disorder charity, advises that around 1.25 and 3.4 million people in the UK are affected by an eating disorder.

Around 10% of that number suffer from anorexia nervosa.

Nyxie, an eating disorder recovery and mental health blogger from Northern Ireland, tells me about her 15-year battle with anorexia and how the Pro-Ana community helped to fuel her illness:

“Pro-Ana has left me with a lifelong complex and eating disorder.

“My last experience with pro-ana happened when I was 25, and honestly, I should have known better, but it is easy to get drawn in once you’ve had experience.

“The ‘leader’ of the group would encourage progress photos, I got really friendly with him and we started ‘coaching me’.”

Nxyie also reveals that she has suffered with anxiety and depression alongside her eating disorder, and how these illnesses affected her physically:

“I’ve suffered physical damage to my heart due to severe restriction, not to mention my reproductive system which is dodgy at best.”

Newbridge Health, a facility in the West Midlands for young people, advises on the physical side effects of eating disorders which include fainting, muscle weakness, yellowing of the skin, disrupted menstrual cycle and infertility.

Anorexia can also cause nerve damage to the brain, as well as higher risks of developing Osteoporosis, heart failure and anaemia.

As well as this, anorexia has been found to have the highest mortality rate of any psychiatric disorder within adolescence.

Catherine leaves a word to those who are struggling: “Sick people need to get help and these communities only pull you further into the illness.

“People who are ill with something such as cancer, would not be telling one another to not take their treatment.

“It should be the same with anorexia.

“It is okay to ask for help and you may think you are in control with this illness, but you are not, the illness has control over you.”

“Whether it is with your GP or even a friend, talk about it before it’s too late.”

Mental Health in Young People – are we really doing enough?

Eating disorders are a band of psychological conditions which affect the way in which someone eats, their weight and how they view themselves.

While a lot of the signs are physical, it also becomes mentally debilitating as well.

They can affect anyone at any stage in their life, however they are most common with women adolescence, with the average age for anorexia being 16-17 years old.

Anorexia Nervosa is a mental illness that is caused by an obsessive need to lose weight and not eat. The person becomes malnourished and can be gravely ill.

Bulimia, much like anorexia, causes someone to become obsessive about losing weight which results in bouts of overeating (bingeing) followed by purging which includes fasting and/or self-induced vomiting.

Binge eating disorder is similar to Bulimia, but without the purging after.

They eat unusually large amounts of food in short paces of time and can leave the person feeling out of control and sick.

ARFID is experiencing disturbed eating either due to a lack of interest or because of a high dislike for certain smells, textures or tastes.

It is most common in young children but can persist into adult hood.

OFSED is a generalised eating disorder where you do not fit into any one category, i.e., showing symptoms of anorexia and bulimia.

Eating disorder recovery is possible and you can receive help from the NHS, counselling or your GP. Please contact a professional if you are struggling with any of the conditions or symptoms mentioned in this article. 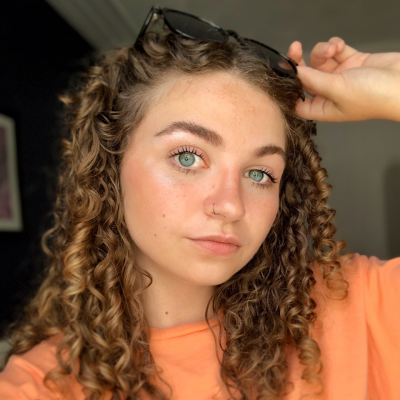