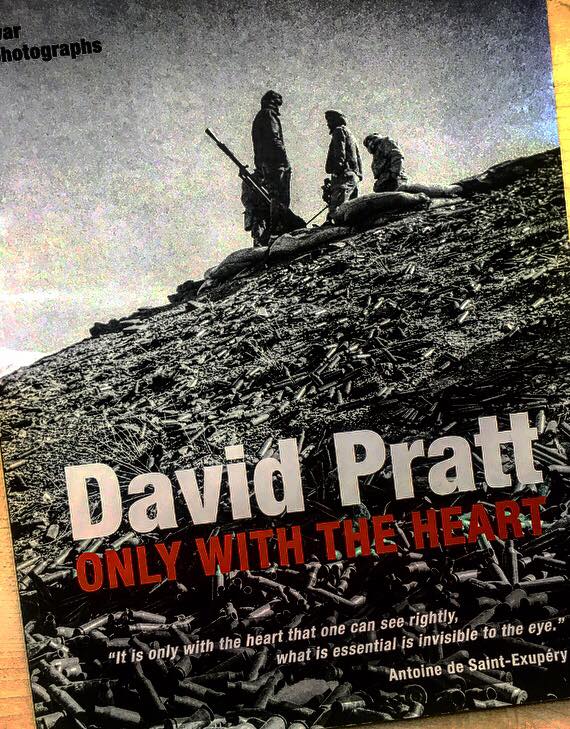 David Pratt, the five-time ‘Amnesty International Media Award finalist for human rights reporting, has seen the world through the lens of his camera for nearly four decades.

His autobiographical exhibition in Saltmarket, Glasgow, of a career in war reporting, starts back in 1986 with Pratt’s time spent documenting the Mujahideen, and up until Pratt’s experience in Syria from 2018.

He creates a striking message that war has been a major detriment to the human experience globally, even if we haven’t witnessed its effect first hand.

David said, “I think people will not necessarily walk away from this feeling good, but you would hope that it would resonate with them.”

“I think we’ve always got to constantly remind ourselves, how horrendous war is, given how troubled the world is with the lack of accountability and the lack of structures in the world right now.”

The most remarkable element of Pratt’s work is his own invisibility in all of the photos.

His style never seeks to glorify his work but capture the experience of each personal story in a photograph.

In some profiles, people photographed ignore the camera, canvas and frame to look directly into your eyes with no filter in-between.

Other landscapes breathe onlookers into the arid atmosphere of Afghanistan’s unearthly landscape.

Pratt’s goal is not to shock anyone into grief but to connect with the situation that the person photographed is going through.

“I think it diminishes the overarching theme of the exhibition if you’re confronted with this kind of almost ferocious forensic horror all the time.”, added Pratt.

Almost every picture in Pratts exhibition is not only of its time but of that very moment.

In many cases, if he had captured the photo any other moment, the piercing message would not cut the same resolute drama.

Pratt adds “you have to see things emotionally, through the heart, not individually through the eyes.”

The gallery truly is a connection from one world to another, a reminder that there is not much apart from the two.

This striking photography is open to the public for free, at the Sogo Arts Gallery, by the river, on Saltmarket, Glasgow.