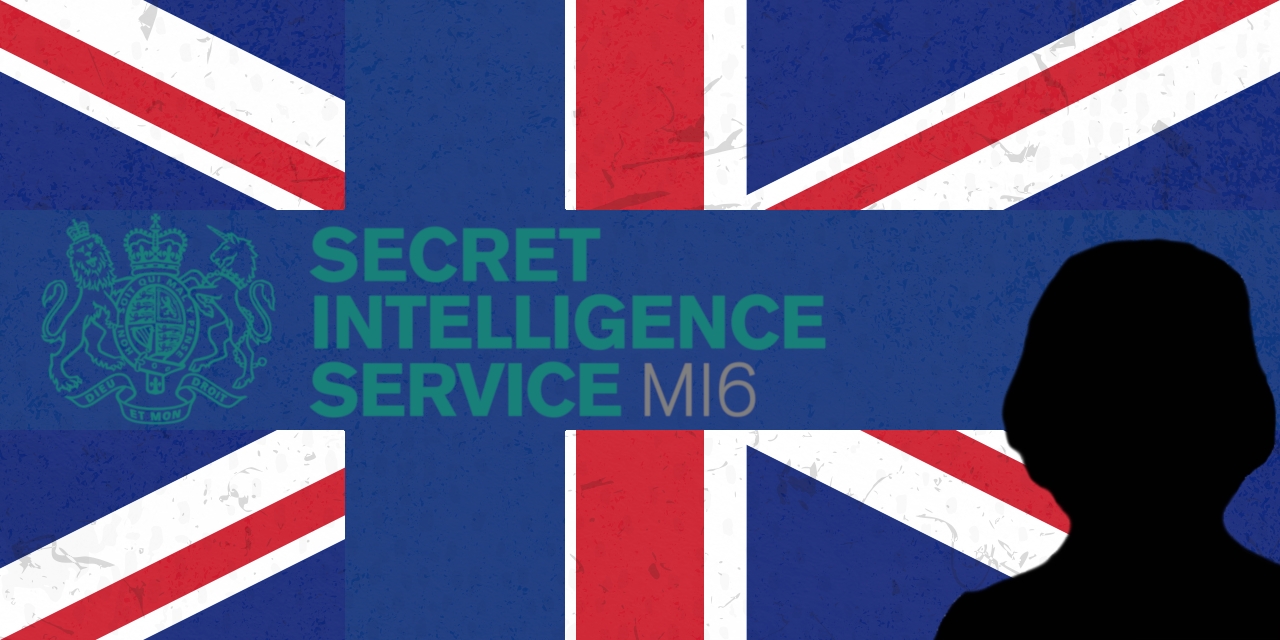 On a sunny afternoon, cycling under the cover of springtime trees, I was on my way to meet the Baroness of Cartvale, Dame Meta Ramsay. I was filled with eagerness and anticipation, we had been emailing back and forth for months now, stood by her has been many of the big names from the last century and I felt very fortunate to have the chance to meet with her.

But now the day had come, I was beginning to feel overwhelmed. I felt as though no matter how much preparation I had, I wouldn’t feel prepared to meet her and maybe I was out of my depth talking to her after all of her accomplishments.

Locking my bike up, I knew I had to relax. I had to remind myself, just how easy it is to build someone up in your head. Now that I was soaring up her building in the lift up to her apartment there was little time to relax. There Meta was waiting for me at her door and I was invited in with a friendly smile where I lost all of my angst.

Not long after we took a seat in her living room, enveloped by a remarkable view which ravished the west end of Glasgow, with the University of Glasgow in sight. There Meta studied the Russian language beside influential names in Scotland such as Donald Dewar and Jimmy Gordon. I asked if that’s where it all began?

“No, no I didn’t, it wasn’t like in books and things.” She answered readying to humorously talk as though she were recruiting someone, ‘Did you hear from Oxbridge?’ She added that it’s not as if ‘you’ve shared a tutor and he clears his throat and ask you something’.

Meta then explained to me how she had been working for the International Students Union in the 1960s and that’s when the government had approached her.

And that was when I was in the international world and that’s very much into foreign affairs, UN meetings, and it’s at that time national unions of students, it was quite a different thing from now in that it wasn’t purely educational things, more like a student trade union.”

In 1962 the James Bond movie Dr No was released, around the time Meta began working for the same agency (although it was not officially recognised then), and from then, for decades to come, the work of international espionage was to become cloudy and mysterious. Meta was the perfect person to clear up the confusion for me; I asked her what she was doing in her job as an intelligence officer. “I’m glad you’ve used the correct job description because people come out with the word spy or spooks.” She said with a laugh and a smile.

Then Meta made the distinction between intelligence officer and agent clear, “For example Oleg Gordievsky, he was a KGB officer and he was an agent for SIS.”

“An agent is very often in fact, usually is somebody not necessarily officially anything to do with the service running them as an agent. Agents can be anything, it’s not a profession.”

“Secret Intelligence is information which not available overtly, either from the media or by diplomatic channels, of normal embassy work, normal diplomacy or normal political intelligence, you know, speaking to people and so on and so forth.”

It was clear Meta held Oleg Gordievsky in high regard when we were talking about the reasons why someone would want to give information over to another government. She said, “People will do it for a vast, well, for quite a wide range of motivations. Some will do it for money. Some will do it because they’ve got, I kind of wished to have a thrill in their lives and believe me there are quite a few people like that.”

“That’s what made Oleg Gordievsky a very special case”

“While he was acting resident in London, he was acting head of the KGB in the London station and he’d been working with SIS for a while, and something went wrong, he was suddenly recalled to Moscow.” She said in a matter of fact, but then Meta paused for a moment and said, “and nobody knew quite why and when he got back it was clear he was under suspicion.”

“He had to be got out clearly, and the signals were given that he needed to be taken out and we got him out.”

In Oleg Gordievsky’s autobiography, he shows the gravity of his exfiltration by starting and ending his book with the story of his escape from the Soviet Union.

When he was talking about the signal which Meta Ramsay mentioned, he wrote, “I had to appear on a certain street corner at 7p.m. on a Tuesday, and stand by a lamp-post on the edge of the pavement holding a plastic Safeway shopping bag. Next, at 11 a.m. on the third Sunday after that, I would pass a written message by brush-contact in St Basil’s Cathedral.”

Oleg Gordievsky passed on to ‘a man with an unmistakably British look’ who was carrying a Harrods’s bag in one hand and eating a Mars bar from another.

The message read: “AM UNDER SUSPICION AND IN BAD TROUBLE. NEED EXFILTRATION SOONEST. BEWARE OF RADIOACTIVE DUST AND CAR ACCIDENTS”

He then added that at the time the KGB would smear radioactive dust onto the soles of the shoes of people they were tracking and stage car crashes to force the people behind operations out.

When MI6 met him in a forest on the Finish Soviet border they put him in the boot of their car where they equipped him to cross into the Finish Frontier. Gordievsky said they had given him, “…an aluminium space-blanket, to pull over me when we reached the frontier, in case any of the guards turned an infrared heat-detection on the car.”

Later Gordievsky learned that as they crossed the border, back in London, in a ‘high-powered’ meeting of the Foreign and Commonwealth Office, the under sectary, David Goodall, looked down at his watch and said; “Gentlemen, they’re crossing the border about now. Let’s have a moment and pray for the success of the operation.”

Going back to Meta Ramsay, she looked back on the incident with a subtle smile and a laugh to herself, “Anyway, he came out and he came out through Finland and that was never supposed to be ever admitted. But, he wrote a book later once he was in London and he was entitled to do that, a free man in a free society. So it came out and I was head of station in Helsinki, which is why I know about it.”

Thinking back to the particular case of Oleg Gordievsky, Meta reminded herself of why she looked towards Oleg Gordievsky’s defection commendably, “Sometimes when you analyse the cases of people who defected from the services from the old Soviet Bloc, you know, it was usually something like money, a future life, something wrong with their own lives in some way. The difference with him was there wasn’t anything wrong. He was a very successful KGB with a happy family.”

“I mean, that’s a very unusual case because what made him really very special was, I always thought, his motive was not personal,” said Meta softly.

But Oleg Gordievsky was not the only person who Meta Ramsay thinks of admirably, after working in Finland and having the chance to meet and work alongside Finish people and she looked back fondly on her time with them.

“But they have this massive, of course, frontier, with them, but the fins I admired them very much because they. They have known Russia, no Soviet, but Russia forever because it’d been there forever and they’ve known them through Tsar’s and the Communist Party and now, and they’ve known them from Russia, through the Soviet Union, back to Russia and they know them better than anybody else.”

Meta admired them most for their courage to stay independent and true to themselves when they were stacked up against one of the world’s greatest superpowers of the time.

“I mean, if you think that Finland managed to keep itself a capitalistic economy with Russia on its massive doorstep all these years when, you know, Russia was a real hostile threat and who says they’ve stopped being one even now. And yet they’ve managed to keep themselves the way they are and they did it.”

“It was always difficult sometimes to get New York and London even sometimes, to understand that just because they wouldn’t vote for a motion at the United Nations, Finland, didn’t mean anything except that they knew they handled themselves well. So they kept their integrity and their independence, and the view looked different from Helsinki than it did from London or Washington sometimes.”

After travelling around the world and having met so many influential people I mentioned to Meta that I hear so many people say they want to go travelling but in reality that just surmounts to a glorified holiday. She largely agreed with me and said that people do need to make a more meaningful experience of their time abroad.

“To go to Spain and lie on a beach and eat fish and chips and beer and go to the Irish pubs and things, it’s not broadening your horizons.”

“That’s a bit like the days of the Raj, well not quite, it’s not Raj in the sense of elite and governing classes, but keeping yourself into English speaking people who’ve been in countries for years when they don’t speak anything other than that.”

But for some, travelling abroad can be a daunting new experience.

“But you can communicate and you just pick up, anybody can pick up enough if you just move over your comfort zone of the hotel and the shops that all speak English and all of that,” Meta added reassuringly.

Ultimately Meta thinks that travel should be an experience of people, a trip where ‘you need to get into people’s homes’.

And optimistically Meta finished with a message for young people, “I sometimes, I haven’t done it very often but I’ve been in situations where you’re talking at graduations or something, or at prize giving’s, something like that to audiences of young people. And I’ve always, always said, which I’ll have to, I don’t know the way Brexit is going, I’m going to have to rephrase, but you’ve got a wonderful opportunity, your generation.”

Previous post Political diversity in Scotland: the key to getting young people involved?