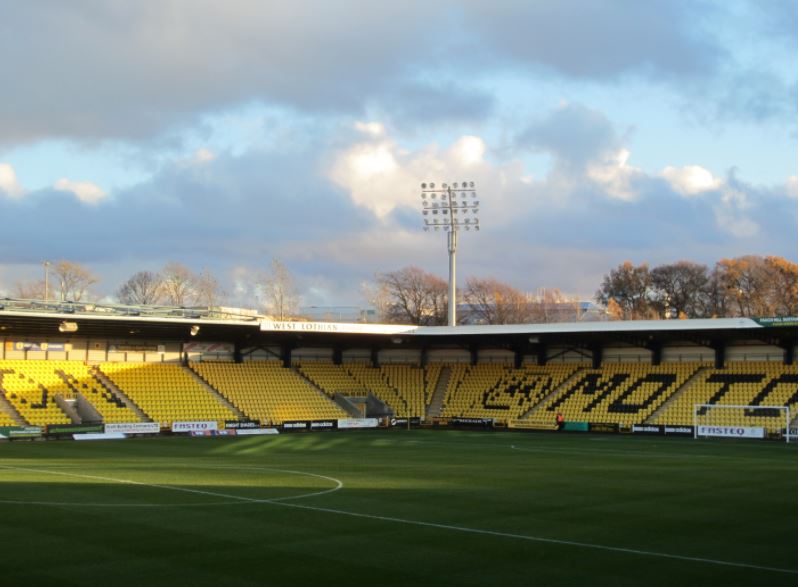 The game would add to Stephen Glass’s terrible away record as Aberdeen manager with the men from Pittodrie only winning twice on the road, one of which was against Livingston.

Today’s defeat would leave Aberdeen out of the top six with Stephen Glass proclaiming that his team are “fortunate that the teams around us are not winning games as well”.

The Aberdeen fans would direct their frustrations towards their manager, chanting; “You’re getting sacked in the morning” and “We’re fucking shite”.

“When they see their team as poor as they were first half, they make their feelings known. That is normal at a big club” said Stephen Glass.

The home side brought in Colombian Cristian Montano and Adam Lewis in replace of Scott Pittman and Odin Bailey.

It only took eight minutes for The Lions to break the deadlock with striker, Bruce Anderson, latching onto Adam Lewis cleared in-swinger of a free kick with Ayo Obileye flicking the volley over Johnny Hayes on the line.

Lewis Ferguson was denied a penalty 17 minutes in after he was pulled back whilst attempting to get on the end of Johnny Hayes’ corner.

Gary Woods would be called into action five minutes later when Montano’s darting inside run, resulted in a stinging shot to the Englishmen’s palms from outside the area.

Alan Forrest had the next big chance 36 minutes in, jinking by Ross McCrorie but blasted the ball over the bar.

Livingston started the second half like they did the first with an early goal. Alan Forrest would chip the ball over the on-rushing Woods from Montano’s defence-splitting pass.

Magic from Livingston a few minutes later when Montano’s cross found Pitman in the centre who would backheel it to the inform – Anderson at the edge of the box but he would batter the post failing to add to his eight Premiership goals.

Matty Kennedy would replace Ramsey at the 64th minute and make an immediate impact.

After a scintillating performance, Montano would be sent off 83 minutes in after an altercation with Vincent Besuihen causing him to get his second yellow card after he was booked 26 minutes in.

Ten-man Livingston would hang on to defeat Aberdeen in a game that saw Kevin Clancy dish out 13 yellow cards to players with under pressure Stephen Glass receiving an additional one.

“I am still trying to get my head around how there were 13 yellow cards in that game of football, it’s honestly incredible. You are not allowed to tackle anymore” said David Martindale.

Max Stryjek would take all the plaudits in the final 20 minutes though, saving everything that came his way and even pulling out an exaggerated dive after Lewis Ferguson’s shot went AWOL.

A goal-line scramble 92 minutes in would see Livingston hang on and pick up their first win against Aberdeen at home in 18 years.

The result would put Livingston on the verge of the top six, only one point off Dundee United in sixth.

“We have got to be looking up instead of down…the manager won’t let us get too ahead of ourselves and we will take each game as it comes,” said Livingston top-scorer, Bruce Anderson.

Next post Veggie, veganism, flexi, pesci – which one will save the environment?