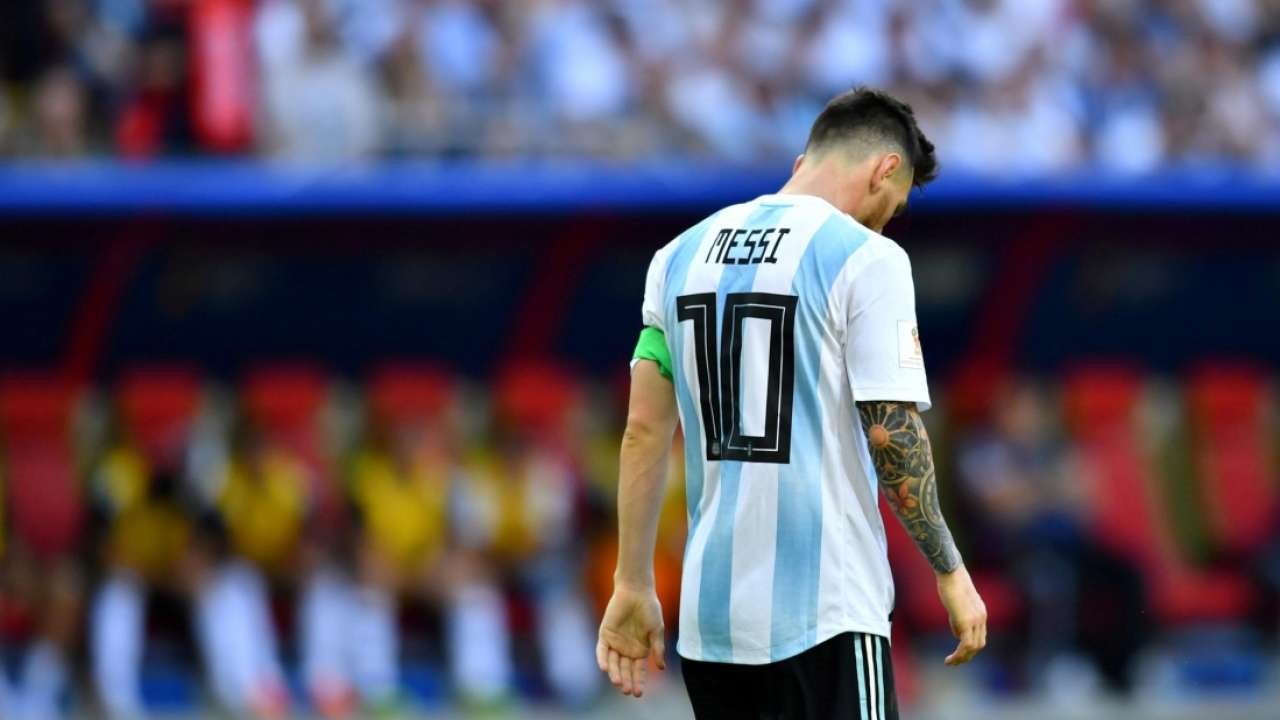 Football. On the outside a lifestyle that is filled with money, popularity and flashy holidays, however it is a brutal and extremely lonely industry where many struggle to cope with the demands of a professional athlete all while under the scrutiny of the public eye, the press, coaches and of course their team mates.

Leigh Griffiths sparked a frenzy in December 2018 when he was to take time away from playing duties at Celtic to help combat problems in his personal life. This was nothing new, this was only the tip of the iceberg. The question isn’t ‘just how many players suffer from mental health issues?’ the question needs to be, what support do these guys get to deal with these pressures?

One on four men suffer from mental health issues and it has been widely stated that suicide is the biggest killer of men under the age of 40. In 2017 alone according to the National Records of Scotland 680 deaths were caused by self-harm leading to suicide, with just over 70% of these being men.

Football is a world where you focus on nothing but the game from the day you turn 16 on YTS forms till the day you retire meaning that players get very little rest bite and become a statistic like the 70% and can’t do anything due to being idolised by many. Sadly, the tragic loses of Falkirk star Chris Mitchell and Wales legend Gary Speed have only added to these statistics, either during or after their playing career. More recently Irvine Meadow striker Aaron Connolly has also went missing for a period as he continues his battle

These sad events have brought up former Chairman of the PFA Clarke Carlisle’s public battle with depression along with former Tottenham winger Aaron Lennon being detained at the side of a motorway under the mental health act. The latter brought up disrespectful headlines of “90k a week footballer detained under mental health act.” Sparking much frenzy.

One player who’s very open about his struggle is ex Hearts striker Christian Nade. He reveals what it’s like dealing with the pressures of being a footballer and the support given by the appropriate authorities after he nearly walked into the River Forth last year. He said: “When you play for bigger teams like Hearts the support is not great, they only care about the results and how you perform on the pitch. They don’t care if you go out or not well in the head, they only care about how you perform in those 90 minutes and if you play bad then they just replace you.

“An example of the help they offer you is if you need a flat or a lawyer, they’ll source one for you. But the only time at bigger clubs that you’ll receive mental help is if you have a good relationship with the coach and he starts to sense that you’re not in the right frame of mind or that you’re struggling. But when you play for a smaller team, with a much smaller group of players there’s times where they’ll say; “Look it’s okay, you don’t need to come take the time you need and get better, we’ll still need you when you come back. Football isn’t that important, go and see your family”. You don’t get that at these bigger teams, they’ll replace you quickly because they have the money and the bigger squads to do so, the smaller clubs like Annan or Troon have your back.”

“I think more clubs should do this, because you sacrifice so much over the course of your career. One player for Juventus said, life as a footballer is magical for 90 minutes but once it’s done and you’ve got home there’s nobody there. You can have the money and the fame but it’s a very empty lifestyle. It all adds up, when you get older you can’t ask your friends who have their own lives to drop everything and to come and to see you, as with family members, they cannot drop everything to come see you they have their own families and lives to look after. It all becomes very lonely and isolated after a while.”

He continued saying: “Football is a slow death when you’re suffering from depression, you go home and sit in a dark room after training and let everything get on top of you. Football is very fake and all about reputation and as soon as you have any issues, the hangers on will disappear and you find out who your real friends are.”

“It’s hard because football is an industry where you cannot talk to a lot of people because there are many fake people. But I remember after I tried killing myself, I had a player who played for Celtic and Man Utd come and say that he supported me and would be there to help me. I had tv companies come to me and offer support as well. However, because football can be so toxic, I couldn’t tell you their names, but I can tell you the name of the player who told me that I should have went through with it.”

Christian spoke on the support he received from the PFA and how helpful he found them.

He said “The PFA can be really useful, however you don’t see them a lot. You want to be protected no matter what but that’s not always the case with them. Unfortunately, I’ve had to rely on them twice in my career. The first time, they responded quickly, which helped me a lot and I cannot thank the enough for that. They dealt with myself and the clubs involved and they done everything in their power to help everything go smooth when I was at Hearts, then last year when I was with Dumbarton and I wasn’t in the right frame of mind and didn’t know what was going to happen and I didn’t contact them at the time that I should’ve and by the time I realised that I needed them it was too late and they couldn’t do anything about it, they just said “We can’t do anything, goodbye.”

“It left me feeling a bit lost, it can affect players really badly when nothing can be done because in my case I felt as if I had nobody, I didn’t know where to turn. I didn’t know where the help was going to come from. So, I went back into my bubble and this time the bubble was even darker than before, now I try not to deal with them and to deal with things myself. For me they are there to look good, to look as if they are fighting for the players, on some occasions they do, but when a player doesn’t have a lot of confidence they could do more. In my case I feel as if they could’ve done something when I really needed help, but the way they responded to me just made me think; sorry but f**k”

He continued; “You always need to go to them (The PFA), whether it’s through your captain or someone close to them because they represent so many players. If it seems nothing is wrong, they’re never there. They’re like a headmaster, if you see them then nine times out of ten it’s because you are in trouble not because you need them.”

This brings the attention to the PFA, the players union. Most publicly known for celebrating the achievements of players throughout Scotland such as Player of the Year, where at the heart of the organisation is Michelle Evans, Head of Communications and Wellbeing. She oversees all information sent to clubs and delivers presentations to players on mental health, making players aware of what support is there.

Speaking to the Clyde Insider she revealed what is available for players and just how much the PFA do behind the scenes to ensure that footballers receive the appropriate support. She said; “We offer a full support service for players called support within sport, with this service which is available 24/7 anything can be spoken about. This gets them through to a doctor who does an over the phone assessment and takes them through the relevant processes with psychiatrists for as long as possible.

“This service has been around since 2016, when a survey was taken and 64 players from different clubs came back saying they knew someone in the game who were suffering from mental health or wellbeing problems, which showed that something was needed.”

She added; “If a player wants to come forward and discuss mental health then it can actually be a good thing as it could maybe help someone else in the game or even in the general public. It’s a grey area about them coming forward because they don’t always want clubs knowing so that they don’t look weak, as long as the players are aware of what options are available that’s our job, whether it’s the PFA line or the NHS or even not at all is their choice. We carry out regular visits to clubs showing them what’s available to them and by doing this you find more players coming forward.

She also exclusively reveals plans to enhance player wellbeing where appropriate help is available for players in their darkest hour should they seek it.

She added; “This year we have been making a support app that will come into use as of next season that the players will be given their own QR code which will automatically download the app and they can fill out a self-referral form and have shortcut to the appropriate number we’ve set up with doctors and psychiatrists.”

Kirkintilloch Rob Roy manager Stewart Maxwell is in a position where he deals with players dropping out from full time football and adjusting to working life before they even look at any on field pressures that might be relevant.

He said; “You want to help as much as you can, but you can’t force them to get help. It’s hard for young players when they get let go because it gives them a huge knock and sadly, they decide to just walk away at times, which was the case for my player at the time. Clubs could do more for younger players, whether that’s sending them to college or apprenticeships in the afternoon once training has finished.”

The fact that mental health awareness is becoming more apparent in a society that is so caught up in social media is fantastic, however these societal problems lie deep in many industries meaning it’ll take years to fix. Football continues to be a dark and ruthless industry where psychological warfare takes over from being conscientious about others. However with the work the PFA do and young enthusiastic coaches, it could only be a matter of time before we see a more happy football environment, where underlying issues such as mental health issues are soon to be a thing that will be more accepted in dressing rooms and talents like Leigh Griffiths, Christian Nade and Aaron Lennon no longer have to suffer in silence without having to fear any consequences.

Next post Political diversity in Scotland: the key to getting young people involved?