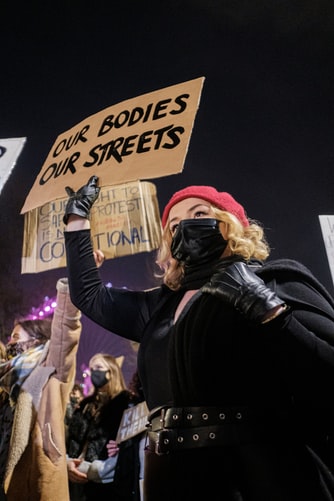 When leaving the house at night, I have a set routine I carry out. Step one is ensuring I have everything I need, such as my jacket, mask, money, cards, and keys. Step two is making sure I lock up the house. This is essential for the avoidance of intruders and potential murderers. Step three is to equip my keys between my fingers. If you understand this last step, then I am sorry.

It was only a couple of weeks before I spent my days searching for legal protective equipment to assist my unaccompanied walks. It was a Wednesday evening and I was meeting my friend for a stroll before it got dark. We decided to meet at our local park, with him walking through the back entrance and me the front to meet in the middle. Oblivious to the fact I was being followed, I continued my journey through the park.

I was lucky that a woman a few years older approached and alerted me of this.

I was lucky, some girls aren’t.

The field of sexual abuse and harassment is a subject matter that has been consistently overlooked. Since the tragic and disgusting death of Sarah Everard who was murdered by a police officer on her way home in the South London area, the UK has been in uproar about the rising number of women who have confessed to having been sexually harassed or assaulted.

With the release of the devastating statistic of a survey conducted by UN women in the UK, it was found that a shocking 97% of women have experienced sexual harassment by men.

The ‘Not All Men’ hashtag that started trending on the popular social media platform Twitter in the days following her death acted as a shield for defensive men to hide behind. Appalled by the stories of brave women opening up and sharing their experiences of sexual harassment and assault, some men took to Twitter to reject the claims publicly against their sex being to blame.

Not all men, but definitely too many of them.

The responses regarding this hashtag by the male sex demonstrated a lack of understanding and failure to acknowledge the blatant sexism they were exhibiting. Since trending, women have been hijacking the previously male-dominated hashtag in an attempt to spread awareness and drown out the toxicity.

‘not all men’ it should be none of them.

For some women, the nature of this hashtag will remain as a constant reminder of their story being dehumanised.
This is the case for a 21-year-old singer-songwriter, who wanted to remain anonymous.

She opened up about her story on Twitter. The artist released a thread that was then taken down after she received a surplus of hate from men who outlined her as “being a slut” and claimed she was “asking for it”. As well as this, she received numerous retweets from men who attempted to invalidate her experience.

“I was so empowered by the movement and wanted to follow the other women I had seen online sharing their stories.

“I thought It would be a weight lifted off my shoulders since I’ve been carrying it for almost a year now, but instead I just had men telling me that I deserved it and it was my own fault.

“A man following me home and trying to come into my home when he was drunk was not my fault. Regardless of what I was wearing, whether I had been drinking too or If I had known him before that night – It still would not have been my fault”.

She went on to add:

“It’s been said a million times by women all over Twitter. I understand it’s not all men because to say that would be ridiculous, but it’s enough men to make all women scared”.

The sexual objectification and harassment of women is becoming more and more normalised in modern day. The Sarah Everard death was not the first misogynistic crime and I can almost assure you it won’t be the last. With only 1.7% of rape cases in England and Wales being prosecuted according to the New Home Office of statistics, it sparks the thought of whether UK judicial system regards the issue as serious. The rising number of petty crimes that lead to prosecution according to UK Crime Statistics is higher than sexual abuse in England and Wales.

Let that sink in.

Is material property more valued than a woman’s body?

Following from the ‘Not All Men’ hashtag, ‘Reclaim The Streets’ has started trending in a bid of encouraging women to tackle their fears of leaving their homes with the rising numbers of sexual related crimes.

The positive campaign happening all around the UK has been receiving a lot of attention from the media. With hundreds of women becoming a part of the RTS motion, many active vigils have been placed in respect for all women who have been affected by sexual harassment or assault.

97% of women know someone or have been affected by sexual-related incidents. That looming percentage should not be avoided and yet in a few weeks’ time, all of this will be overlooked and forgotten with the most recent passing news cycle.

‘Our Streets Now’ are an organisation that aims to help women feel safe and orchestrate a better society by normalising the talking of discussion of sexual harassment with school students and potentially destroy the taboo that circles it. They are currently working alongside charity Plan International to try and pass a law to have public sexual harassment criminalised in the UK.

This might be the step that the UK needs in order to start taking sexual-related incidents revolving around women seriously. 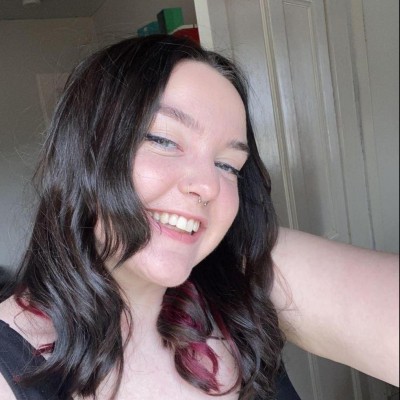