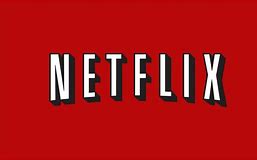 ‘Sabrina the Teenage Witch’ is one of those tv shows that’s accumulated a large cult following over the years. If you’re a millennial you will undoubtedly have seen at least one episode of the hit 90s show. Similar to the likes of ‘Friends,’ the original television programme quickly gained recognition by appealing to a wide audience including both parents and teens alike.

Based on the vastly successful Archie comic books written by George Gladir, the show was first broadcast onto the American television network ABC on September 27th, 1996. It introduced us to protagonist Sabrina Spellman (played by Melissa Joan Hart), a seemingly normal sixteen year old girl. Oh yeah despite the fact she’s a half witch. Sabrina lives with her two Aunts Hilda and Zelda Spellman (played by Caroline Rhea and Beth Broderick) through which she learns about the practicing of magic even though her spells might not always seem to go to plan. Sabrina’s arch enemies beware, as you could end up a pineapple just like popular girl in school Libby. Hmm, well I suppose Sabrina’s not your conventional witch. In the first episode we discover that Sabrina’s late father was a witch and her mother a mortal which explains her genetic makeup. Sabrina’s mother is in fact alive and well and staying in Peru however, Sabrina cannot see her as if she does her mother risks turning into a ball of wax. Satire gone slightly haywire perhaps. Throughout the seven seasons we become familiar with other ensemble characters also inspired from the Archie comic books including hunky high school crush Harvey Kinkle and Salem the sassy talking cat.

Twenty two years down the line and the cult classic returns to our screens for a revival. Netflix have recently released another original series titled ‘The Chilling Adventures of Sabrina’. The online series is produced by the creators of ‘Riverdale’ another Netflix original series, also based on the Archie comics. This Netflix original is definitely a different take on the show about the beloved teenage witch. With the 90s version of the show previously getting compared to the likes of ‘Bewitched’ this updated version is certainly more aimed at fans of gore, horror and even satanic ritual. The premise of the show closely resembles the original tv series with a storyline centred on teeneger Sabrina Spellman (played by Kiernan Shipka). This 2018 reboot of the cult classic forces seventeen year old Sabrina to leave behind her three closest friends at Baxter high school in Greendale to go to the Academy of Unseen Arts for witches and warlocks. One of which is her humble human boyfriend Harvey Kinkle ( played by Ross Lynch). Sabrina in this updated version of the series is living with her two Aunts and distant English Cousin Ambrose Spellman. In the lead up to her ‘Dark Baptism’ Sabrina must sign the Dark Lord’s (Satan’s) book in order to reach her true witch potential. The show does have a viewer discretion at the beginning of each episode and explores topics such as necromancy, murder, torture and even cannibalism. The show has even received backlash from members of a group known as the ‘Satanic Temple’ as they claimed the Netflix original used a statue that resembles ‘Baphomet,’ a demon God which characters on the show worship. Netflix and Warner Bros are currently facing a lawsuit of 50 million dollars for an alleged copyright violation and both have yet to comment on the matter.

More often it’s becoming increasingly common for Netflix to put out these original series. But with The Chilling Adventures of Sabrina’ being a prime example, is it really a Netflix original or just another re-run? Taking a different spin off an already hughley loved series in hindsight sounds like it would be an original concept. And it’s clear both series offer a completely different approach to the show that originated from the Archie comic books. This fresh take on the original witchy sitcom has been well received with the critics as Rotten tomatoes rates the show 90% and IMDB has given it 7.9 stars out of 10. It’s also been given high reviews from IGN with a 9.2 star rating. Reviews on social media, notably Twitter seem to offer a mixed range of opinions with some people loving the spin chilling series and others shunning it for allowing the portrayal of Satanic practice. But could Netflix ultimately be severely lacking in content? I can certainly vouch for the fact that upon searching for my favourite binge worthy series on Netflix ten times out of ten it’s not even there. Can anybody else relate? Feeling infuriated and frustrated? You and me both.

With Netflix competing against other online tv subscription services such as NOW TV, Roku and Hulu. Amazon Prime video is probably it’s biggest competitor. Amazon Prime offers a large selection of box sets along with its own original series. Yet statistics pulled from Google show that currently in 2018 Netflix now have a whopping 125 million subscribers worldwide. Compared to the number of people in 2018 that have an Amazon Prime membership which is roughly 100 million people.

Therefore it’s clear that Netflix still come out on top when it comes to a monthly subscriber count. But should Netflix step up their game in terms of content and the range of programmes they put out? Or could the online streaming service be in danger of a decline in the near future? 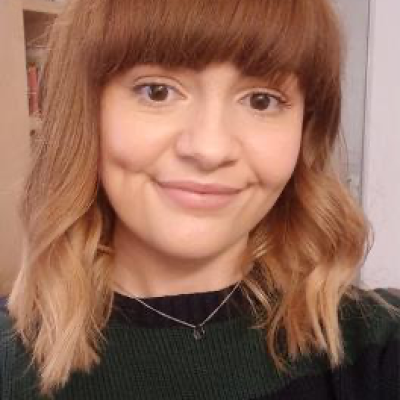 Next post The Brexit Fiasco- Where Are We Now?