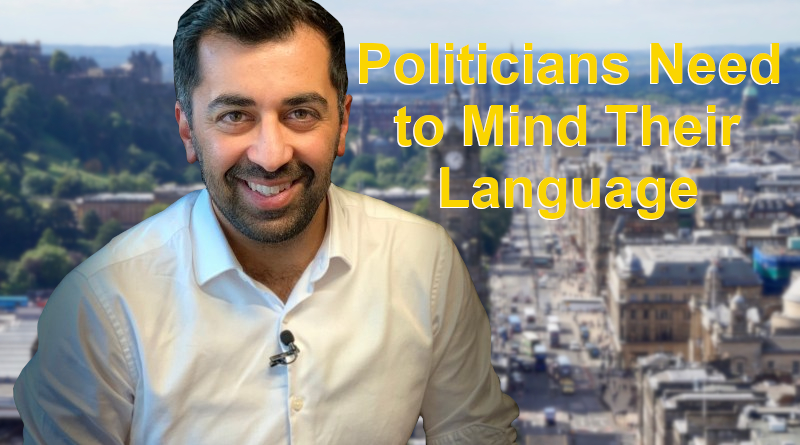 As the upcoming general election for seats in Westminster draws near, the justice sectary for Scotland, Humza Yousaf, cautioned candidates that: “there’s a real need for politicians to just watch their language.”

At a news conference held by Glasgow Clyde College students, Mr Yousaf spurred: “We’re all very passionate people; we all believe in our cause deeply”, but added, “We’ve just seen in recent years, a referendum campaign where an MP was killed.”

“There’s a real responsibility now, not to inflame tensions, particularly in this really heated, six-week election campaign where I think temperatures will be quite high.”

Mr Yousaf inferred that progress has been made but Scotland still faces problems: “I think there has been progress in terms of people, who unfortunately are the victims of various forms of bigotry and hatred, being more confident to report hate crimes.”

The campaign featured slogans such as,

While proactive in his fight against intolerance, the justice sectary suggested he’s not ‘filled with great hope that things will get better any time soon.’

Mr Yousaf directed his criticism at Boris Johnson saying, “I think if you elect a prime minister that has openly said before that people of religious dress look like bank robbers, I.E. criminals, has a history of meeting with pretty nefarious characters like Steve Bannon, the poster boy of the alt-right.”

He opened up about his own experience: “I say this pretty openly, I’ve had some pretty challenging times as a young Muslim growing up in the West.

9/11 was pretty challenging, but for me, this is way more challenging, way more difficult, far off the scale actually in comparison to what’s going on in England.”

Yousaf finished on reiterating that politicians must, “make sure we’re really minding what we’re saying and how we say it.”