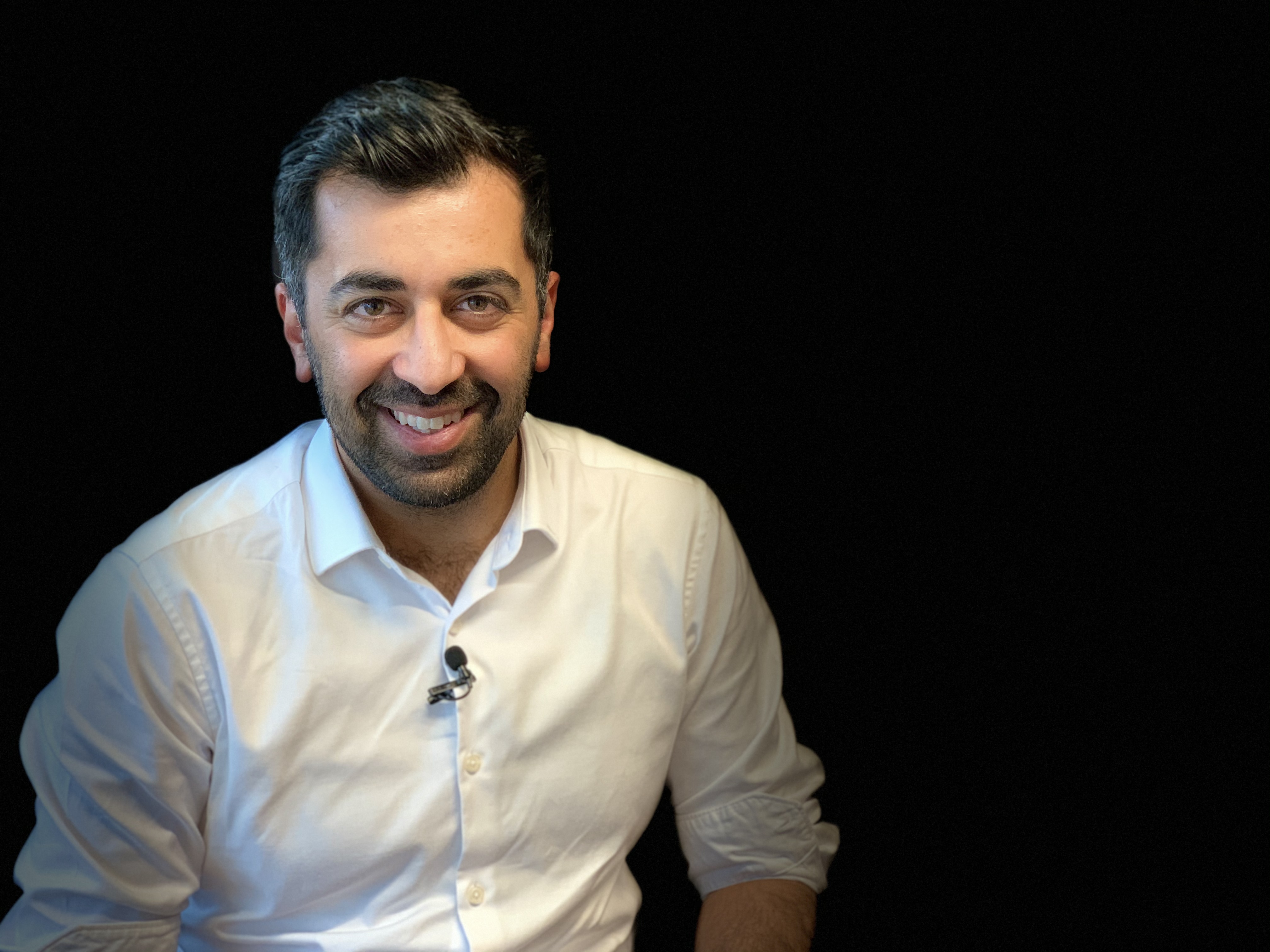 As the formal General Election campaign is getting underway and before purdah begins, Glasgow Clyde College Journalism students caught up with Glasgow Pollok MSP and Justice Sectary Humza Yousaf.

At the Independence Rally in George Square on Saturday, the Justice Secretary was pictured with his six month old daughter at the event. When asked why he took her to the rally he said: “You can never start them too young, even though she won’t remember it!”

It was truly a lovely moment as he showed us the picture that was taken from behind the scenes on Saturday (pictured) where he holds his six-month old baby daughter high in the air while dotingly looking into her eyes.

We then got onto the hot topic of the General Election. We spoke in depth about the subject, and the possible outcome. Humza Yousaf said; “I’m very confident we (the SNP) can out-seat the Tories in Scotland.”

He later added; “We could form a progressive-alliance with the Liberal Democrats and Labour in order to kick out the Tories.”

Police officers pay was then on the agenda, after he branded the claims that officers would not be paid on time as “outrageous”. There is a £25m deficit in Police Scotland and the Scottish Government will help to reduce the deficit each year.

When asked about the possibility of becoming First Minister of Scotland in future, he said; “First of all, I have worked alongside a lot of different politicians in my time and I have never ever worked with someone who has the knowledge and the drive as Nicola has. She isn’t only my boss she is one of my best friends and I truly believe that Nicola can lead us to independence.

“I would have to see what my life circumstances are be at the time, and take that into consideration before making any decision.”