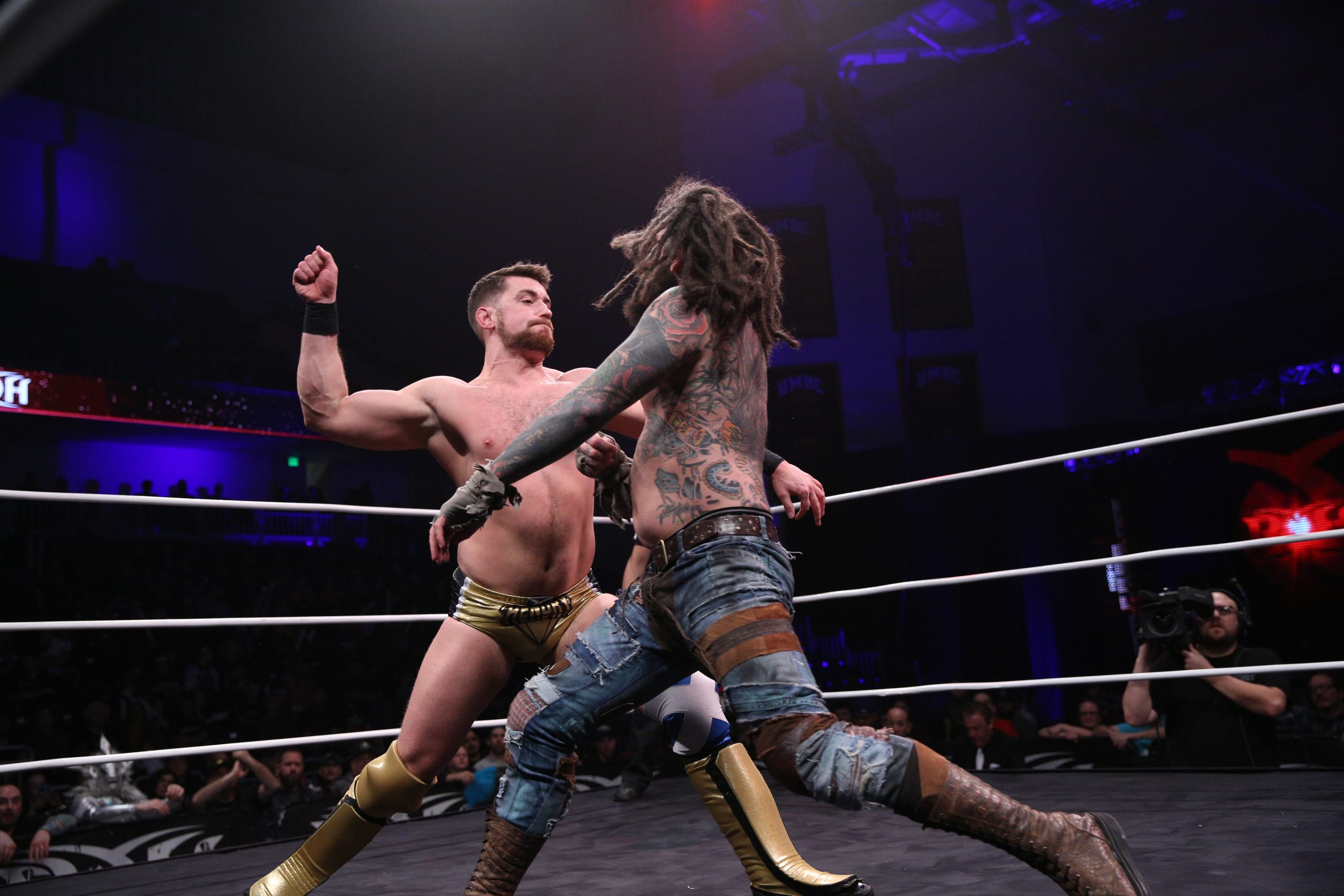 The American statesman, Benjamin Franklin, once said, “Hide not your talents they for use were made. What’s a sundial in the shade?” While Covid encouraged some people to leap into the darkness, discovering new talents, Covid-19 also left many trying to dance in the dark.

Scottish wrestler Joe Hendry finally got his big break in America in September 2019 after being a stand-out performer in the UK for several years. Joe signed with Ring of Honor (ROH), one of the biggest wrestling promotions.

He said: “It is tough because getting to Ring of Honor, on the first weekend I had performed at Atlanta’s Center Stage Theatre which is where Ric Flair defended his titles many times and then the next night it was the Nashville venue on the grounds that (wrestling promotion) TNA used to use in 2003/2004.

“I got to perform in some amazing venues and right from the get-go I was living the dream of getting to do these iconic venues and it was difficult to go from finally getting to that point where I had gotten over to America to Covid happening.”

Joe was beginning to pick up steam with his tag team partner, Dalton Castle, before the pandemic resulted in lockdowns in the United States.

He said: “The last time I wrestled (before lockdown) I believe was the end of February last year.

“I often fly down to London and catch up with Mark and Vicky Haskins at the airport because we’re often on the same flight.

“We all got on this flight to Vegas, and we had known about Covid and that it was dangerous, but by the time the plane had landed the situation and the world had changed.

“It has been strange.

“This is all I have really known for a long time now so to have done everything to get to this point and for my life to just take a completely different path for a while, it has taken some getting used to. It has been difficult for everyone, but I feel grateful for being supported by Ring of Honor.”

A quote popularized by famous basketballer Kevin Durant said that “Hard work beats talent when talent doesn’t work hard”. However, for Joe Hendry, he did put in the hard work and had the talent but was held back by COVID-19.

The Scottish born wrestler spoke about if he was ever worried about how he saw the wrestling industry going post-pandemic, he said: “It is easy to say, “Why worry about things you can’t control?” That’s in an ideal world. Regardless of the outside factors, we are going to be prepared and ready to go.

“If you’re a world-class talent you’re going to have a job. As the Guerreros said, if it says wrestling on the marquee, you will always have a job.“

Previous post Vasiliki Christidou ‘Viki’: ‘Theatre shows us what it means to be human’

Next post Scottish writer goes from unknown to celebrated talent