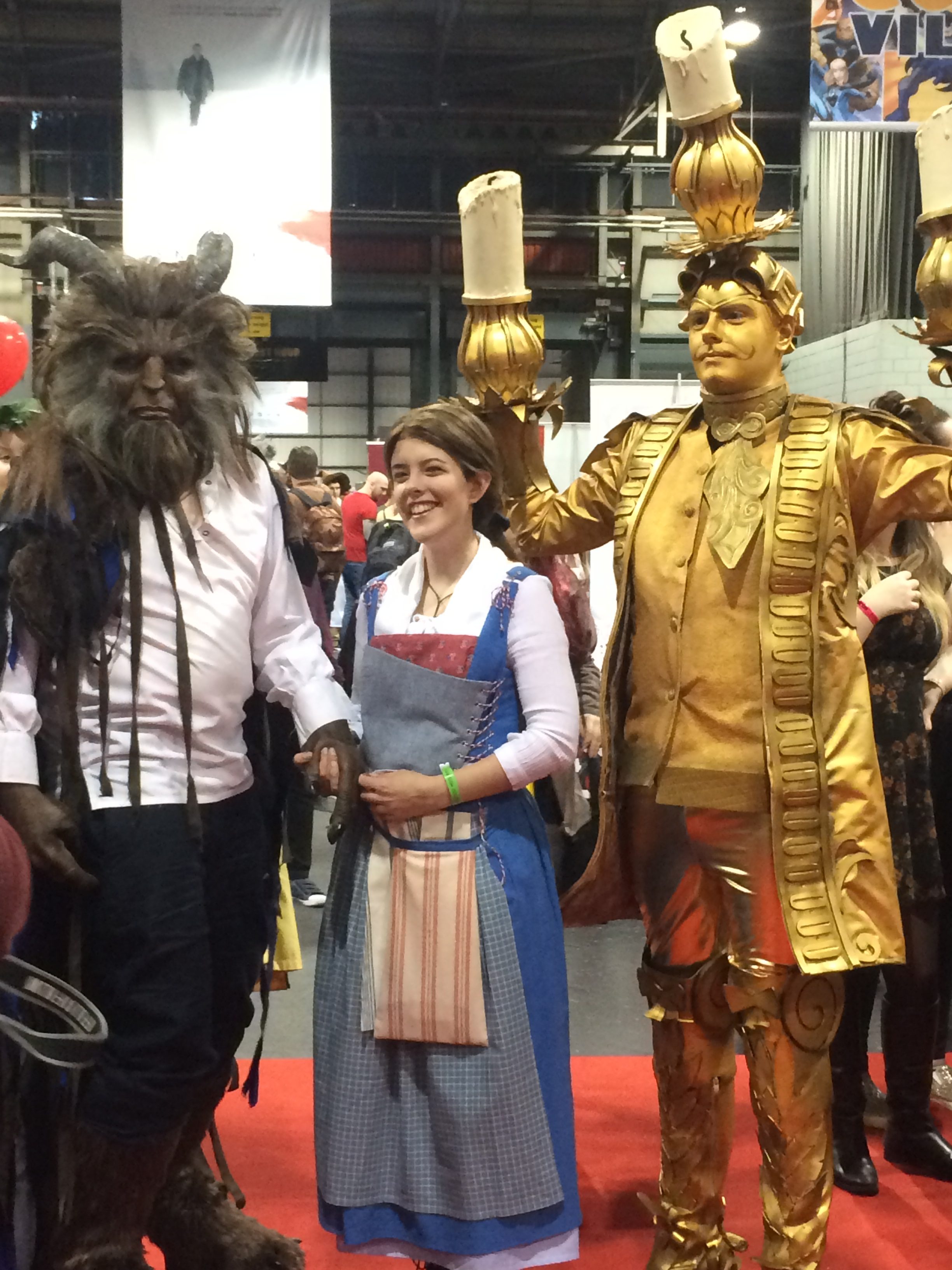 When most people think of comic-con, they would naturally think of the TV sitcom: The Big Bang Theory. As it surrounds four geeky guys who like comic books and superheroes. To a certain degree, this isn’t too far from the truth, however, the real event of Comic-Con, is much different.

There is no exclusive “label” for the type of people who attend Comic-Con, as it is suitable for everyone who wants to go to it. There is more than just comic books and superheroes to be enjoyed. While yes, the vast majority of the event surround comic books – obviously, as the name would suggest – there is more to do than simply read or buy them.

I had heard of Comic-Con many times before, mostly of the American ones (San Diego Comic-Con being the largest) but I had never thought about going before. How and ever I found myself on my way to Comic-Con regardless, blissfully unaware of what great an experience it was going to be. When I entered, the first thing that surprised me was the sheer number of people that had attended. It was nothing short of incredible.

One of the main spectacles of Comic-Con, were the many Cosplayers (Costume Players, both amateur and professional) who were happy to interact with the people who were in awe of meeting some of their favourite characters in real life. Some of the Cosplayers had spent months, possibly even years on developing, creating and building their costumes for this event, and the hard work was clearly evident in the costumes themselves and the pride of those wearing them.

There were many stalls filled with Merchandise, toys, and crafts made almost exclusively for sale at Comic-Con. Many things were on sale, designed to look like items from almost any video game, comic, or TV show. Such as the famous “Nuka-Cola” drink from the “Fallout” video game series, “Perk-A-Cola” drinks from the “Call of Duty series, and other items that are popular in other countries like the USA and Japan.

Comic-Con has its fair share of celebrities who visit to meet fans and sign autographs for them. The famous names at Comic-Con in Glasgow 2017 were Sam J Jones, better known as Flash Gordon, as well as three of the original stars of The Mighty Morphin’ Power Rangers, David Yost, The Blue Ranger, Walter Jones, The Black Ranger, and Karan Ashley, The Yellow Ranger. Not to mention Andrew Lee Pots from the TV show, Primeval, Manu Bennett from DC’s TV show Arrow, and Peter Davidson, from Doctor Who!

There were also opportunities for the people to have their photograph taken in the Delorean Time Machine from the hit Sci-Fi Trilogy, Back to the Future, or even the Iron Throne from the hit TV series, Game Of Thrones. There is an endless amount of things to do to keep people entertained throughout the day; such as The Panel where the special guests are interviewed and answer questions from fans, there was also card games (such as Yu-Gi-Oh!) for people to learn and play. There was a very child-friendly atmosphere as well as a large soft-play and arts-and-crafts section for children and their parents.

I personally had a chance to meet one of my favourite game characters, Cloud Strife from Final Fantasy VII, and the chance to learn that his weapon – The Buster Sword – was, in fact, very heavy!

Next post Brace Yourselves Pokefans, Pokémon Gold and Silver Have Returned to 3DS!