Skip to content
Glasgow In The Spotlight News Scotland 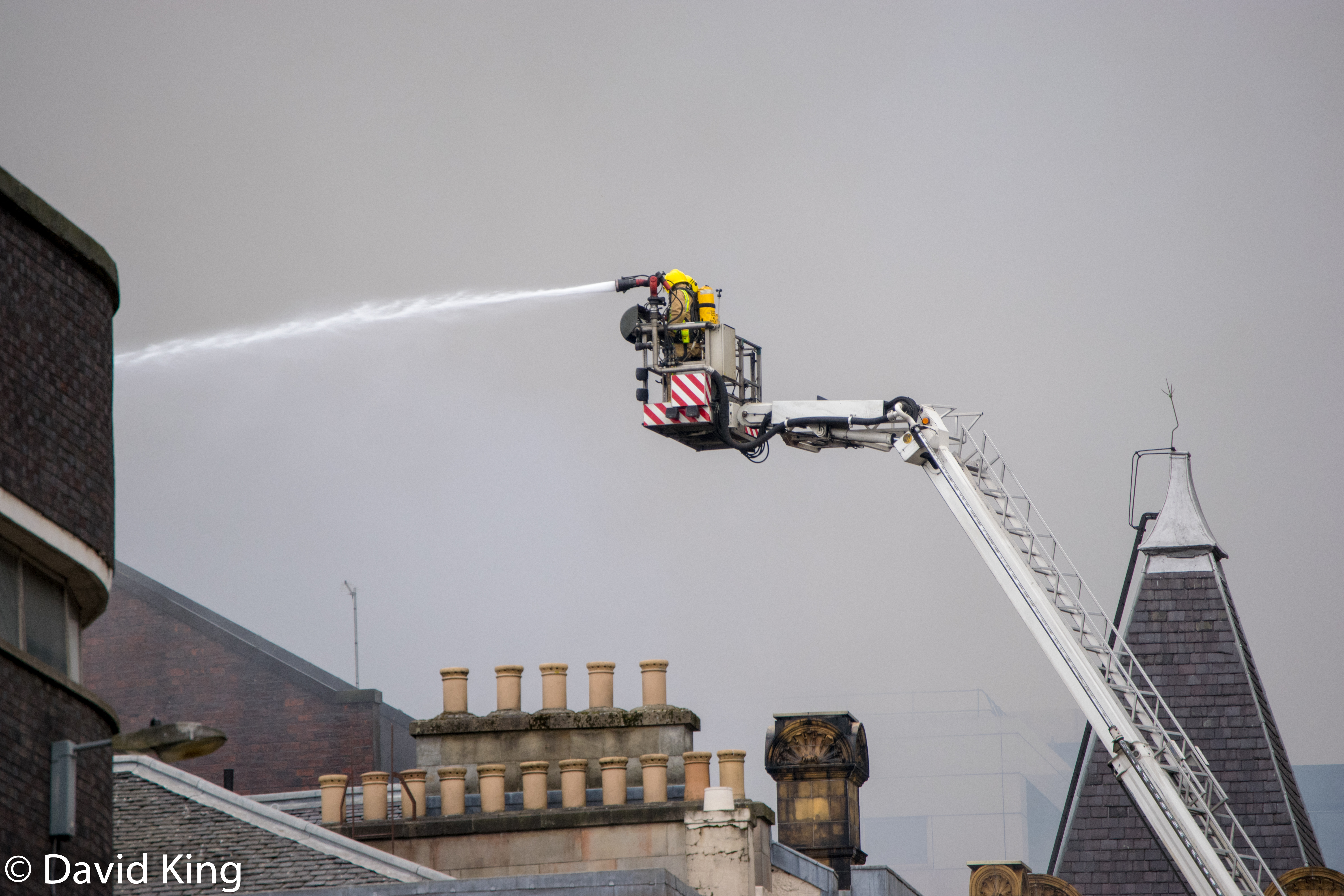 Scottish Fire and Rescue Services are still working to secure the area on Sauchiehall Street affected by the fire as the incident drags on for a third day.

Fire and rescue services were called on the scene on Thursday around 8:20 am after a fire broke out in Victoria’s nightclub, just next to the Pavilion Theatre in Glasgow.

The fire is believed to have originated in the roof space of the building in the early hours of the morning.

Police are investigating the cause of the fire and have not so far considered the incident suspicious.

While nobody seems to have been injured in the incident, Police and fire services remain on the scene and the area is still cordoned off as precaution.

An asbestos warning had been issued on the first day of the fire, but, as reported by the BBC, atmospheric tests have since ruled out the risks.

The public is still asked to avoid the area as the incident is considered ongoing.

On Thursday the blaze could be seen from a distance in what the fire and rescue services have described as an “inferno”, one of the biggest fires they’ve had to deal with.

About 120 fire fighters were on the scene on Thursday when the fire was at its worst.

The flames damaged several buildings on the street, but the emergency services managed to save the Pavilion Theatre from any significant damage.

Around 20 firefighters are reported as still present on the scene, controlling the area affected by the fire to prevent further damage.

It may still take days for the area to be accessible to the public again and shows at the Pavilion Theatre have already been cancelled, including Ed Byrne’s Spoiler Alert and A Vision of Elvis, which was due today.

“We have now been advised that due to the ongoing incident we will not gain access to the theatre until Monday at the earliest.

“Fire and Rescue have stated that there is no further danger from asbestos but we have arranged for specialist to attend the theatre on Monday to take samples prior to starting the clean up.”

Iain Gordon, General Manager, posted a message online reporting the main reasons for closure after their consultation with Scottish Fire and Rescue Services:

“Amount of smoke that has entered the building and is currently still very visible inside which we think could possibly take weeks to clear and feel that it would be very uncomfortable and worrying if customers were watching a show with this sort of smell lingering throughout the theatre.”

The emergency systems will also need checking to ensure they can work safely again.
Furthermore, the building close to the theatre might be too damaged to save and it could need to be demolished, which would also pose an hazard to the theatre if it were to be open during the works.

The incident is ongoing and emergency services will remain on the scene until the area is deemed safe. Meanwhile the public is urged to avoid the perimeters as much as possible.

Next post RU PAUL’S DRAG RACE Season 10 Review – Give me, give me more!