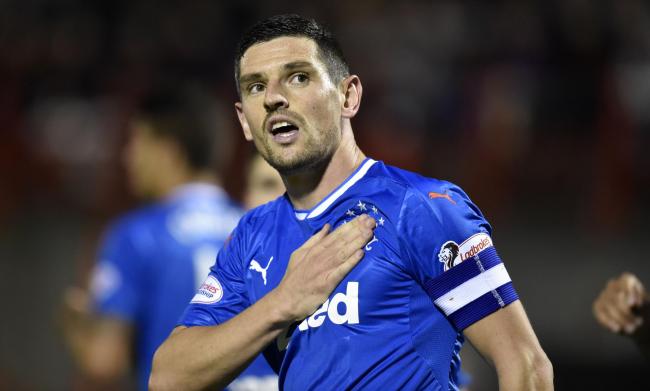 Graham Dorrans say’s it was an easy choice to leave boyhood club Rangers after joining championship side Dundee on a one-year contract.

The 12 time Scotland cap midfielder hinted that a fallout with with gaffer Steven Gerrard whilst returning from a knee injury lead to his Ibrox exit.

Speaking to the Clyde Insider after his Dundee debut, Dorrans said:
“Although it might’ve seemed a tough decision, it was actually an easy choice to leave Rangers.

“I want to get back playing games because I’ve missed out for a long time through injury.

“I’ve missed the buzz of getting out on a Saturday and playing games.

“So signing on at Dundee is giving me the chance to start enjoying my football again.

“The last time i played a full 90 was a friendly a few weeks before the transfer deadline.

“I’ve trained everyday since the beginning of April so i just need to get my match sharpness back.”

When asked if he’d had any parting words with the Ibrox chief, he simply shook his head and replied “No”.

Dorrans believes that he is ready to be thrown in the deep end at Dens Park, despite not having played a game for Rangers in just over a year.

“It was just the one injury on my knee that i had, I’d played something like two games and then had to come off against Aberdeen, then i carried out about four or fives months worth of rehab to come back.

“I’ve trained everyday since April back at Rangers, I’ve played a few reserve games on astroturf so everything is fine now.

“It’s just a case of getting that match sharpness back and as many minutes as possible as i want to get myself back to the highest level possible.”