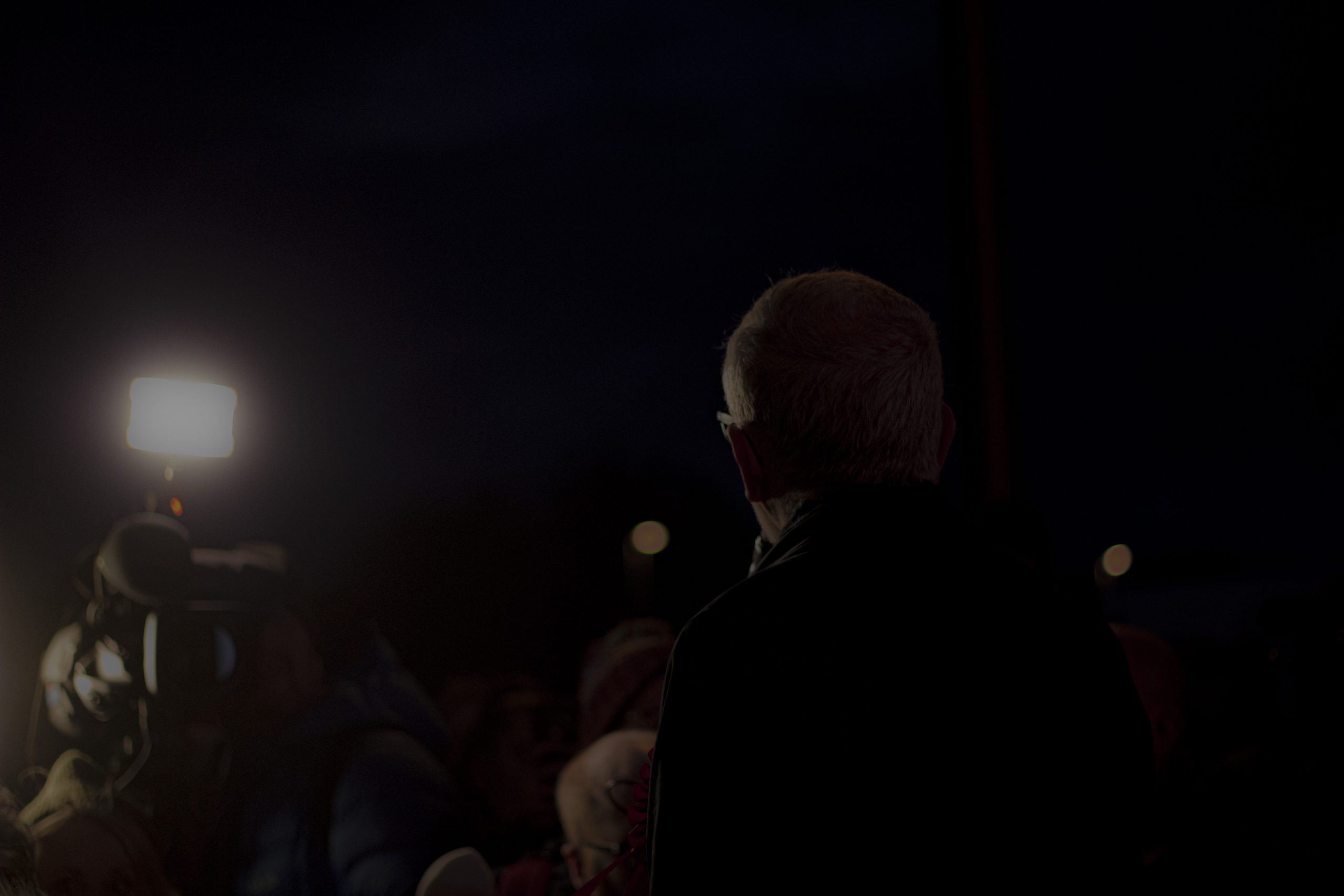 Labour leader, Jeremy Corbyn, spoke at a rally in Govan this morning as part of his 24 hour UK tour, he addressed the crowd just before 8 am.

Glasgow South-West was the first stop which in the constituency of where  Labour’s Matt Kerr is hoping to overturn the SNP’s majority of only 60 votes.

The SNP’s Chris Stephens, a former trade union official, has held the seat since the SNP landslide of 2015, where the SNP won 56 of a possible 59 seats.

The leader of the current opposition took no questions from the media that gathered, some of which came from as far away as Scandinavia.

He had earlier spoke out and accused “parts of the media” of attacking his party.

He said: “Our party has suffered the most unbelievable levels of abuse from some of the media and the right in British politics.

But I’ll tell you this, our principles, ideas and determination are stronger than ever as a result. We do not bow down, we take that message out there across the country.”

Activists held up signs reading: ‘Scrap universal credit” as they gathered in front of the Govan Cross Christmas tree on a cold nippy morning.

He wrapped up his speech to the 200 or so that gathered and promised an early Christmas present if you vote labour at the polls “When you wake up on Friday morning, the government has been debated.

The politics of despair and division have been defeated and we have elected a Labour government.

This can bring hope to the future. This will be a great early Christmas present for everyone”