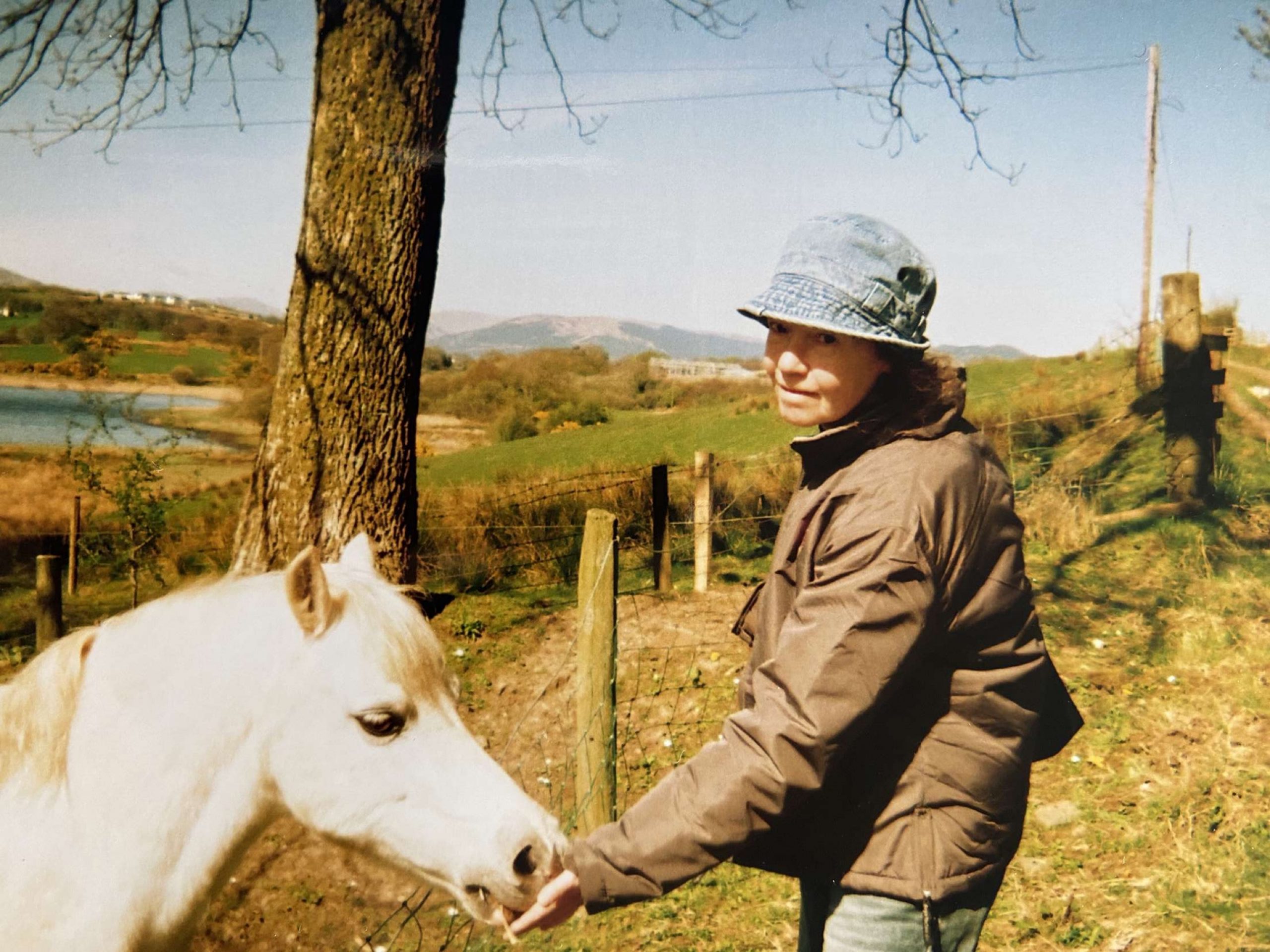 In cases of emergency, we are advised to dial 999 but for elderly people this can cause more problems. Have you ever had trouble getting medical attention for someone elderly? maybe your grandparents.
Unfortunately, I had the displeasure of doing so. During the time of February 2021 my grandmother June Conway took unwell.
I moved in with my grandmother when I was 17. She was always afraid of the hospital and doctors, she would often self-diagnose herself and act on what she thought was wrong with her.

At first, we thought it was a viral thing, she was often wanting to sleep and had a pain in the back of her neck and head.
She called the doctor after a heavy convincing by me and my mother. She spoke to the doctor on the phone who went through her symptoms (as we were currently in lockdown, only emergency visits were taken into the surgery). An over the phone diagnosis cannot always be 100% accurate, however she was prescripted penicillin and was instructed to take the dosage of 3 tablets per day.
However, things got progressing worst and my grandmother began to throw up she also lost her appetite and complained of having earache as well as the pain in he back of her neck.
I began to grow more concerned for my grans wellbeing, I started to google what may be wrong with her, one of the first things that matched her symptoms was a brain tumor. At first, I was in denial but the more I thought about it the more I thought this may be the case.
Everyone else in my family thought it was dementia, but I just knew it had to be something bigger and the way my gran described to me how she felt I really did think it was a brain tumor.
Symptoms of a brain tumor include.
• Headaches constant or throbbing.
• Persistently feeling sick or being sick. • Weakness.
• Mental or behavioral changes such as memory problems or changes in personality.
Which in fact, my gran had.
My grandmother slowly to lose the ability to do other things, her balance was off, she did not want to go out a daily walk like she used to and began to a little forgetful.
I tried to convince my gran to get an emergency appointment, but she did not want to know. My grandmother was a very stern and stubborn woman, if she told you no the answer was in fact “NO”. However, my mother was never afraid to rebel against her. I phoned my mum and explained the situation the next thing my gran was on the phone to the doctor, I was so relieved.
This time she was prescripted ear drops over the phone, I remember thinking what an absolute mockery this was. Eardrops? Really? However, she took them and got a little better.
After a couple of weeks my grandmother really took a turn for the worst. She could not consume water without throwing up, she was unable to walk without support and did not seem to make sense. Everyone began to help as best they could as my gran refused to call the doctor again.
We made her space in her room as comfy as possible, took turns of taking her to the toilet, feeding her and making cups of green tea as she was not wanting to drink water, spending time with her, watching breaking bad with her (as it was her favorite series), reading books with her, and some days she seemed great and others not so good.
I put on a brave face for my gran however, I just really wanted her to see a doctor I spoke to my mum multiple times about it and she agreed. That night my mum phoned an ambulance and expressed what was wrong with my gran. When the ambulance came the paramedics came in and took her blood pressure, my gran surprisingly worked with them. However, my gran refused to go to the hospital so by law the paramedics could not really do anything.
My gran continued to have good and bad days, however this one day I made plans to see friends. I went into my grans room to see how she was doing, she was not talking much and looked so frail and unwell. I did not want to leave her; I knew my grandad was there to help but she looked so poorly. She kept putting her hand up to her head as though she was in pain.
I put a cold cloth on her head, and she responded with “wow”, I then left and went to see friends I felt so guilty.
I stayed with my friends that night and woke up in the morning with missed calls from my mother and grandad. I just had a bad feeling, I phoned my mum back.
“Carmen I’m in the house just now, grans not speaking or eating we have phoned an ambulance you’ll need to come home”.
It turned out my gran was choking on her own saliva during the night and my grandad could not sleep with fear and had to constantly pat her back and check on her.
He phoned the doctor who came out to look at her and to tests which was a very sad experience for my mum and uncle.
“I’m holding your hand can you hold my hand?” The doctor said while my gran tried her hardest to help with the test. But she could not even raise her arm she was so weak.
The doctor gave a list of instructions for us to give to the paramedics once the ambulance came, of what unit to take her to and that she was to be put on a drip.

That day on Easter the 5th of April 2021, I came home my gran was lying there with a sort of glazed look on her face – as if she could hear you but not actually see you. She was still putting her hand towards her head like she did before but this time she was shaking. She was only giving one-word answers and mumbling I felt sad I could not understand what she was trying to tell me.
I comforted her as best I could putting another cold cloth on her head and holding her hand till the ambulance came.
6 hours had gone by and still no ambulance, now I know why my gran was so scared of the NHS system. There was back and forth phone calls and they could not find in an ambulance in the area, however on my way home there was an ambulance sitting at the petrol station? They might have had another job but at the time I was so angry I felt like my grandmothers life was not being taken seriously.
I spoke to Gemma Johnson a volunteer at ST Andrews Ambulance and has been trained by them for first aid.
Gemma says the first thing anybody should do is phone for an ambulance and the hospital would understand that this could be potentially fatal and that they would come quickly. – however the ambulance took 8 hours to arrive.
I was told by the first aider who had experience would know that the person should not be moved , as perhaps the person had broken bones that you did not know about, they could be concussed- Progressing into shock.
We phoned back as by now it was 8 hours we had been waiting, I just could not stand watching my grandmother lie there with no professional help. It turned out the call was not for an “emergency” ambulance, I quickly changed it to urgent and they came.
I seen the lights flashing through the window and my grandad went down to get the ambulance crew. I felt as though we were being judged by the paramedics as if we neglected her, as my grandmother had always been thin but she lost a lot of weight due to throwing up, which looked bad on us.
The paramedics strapped my grandmother to a hospital chair and took her down to the ambulance.
They took her down the stairs and my grandmother was screaming in pain and was just staring at me with the glazed look on her face. This was the last time I saw my grandmother.
No one was allowed in the ambulance with her due to covid, so in order to find out how she was doing it required phone calls back and fourth from the hospital and no one was allowed to visit unless they were to say their goodbyes.
It turned out my instinct thought was right, she had a brain tumor at the back of her head right were the pain was that she complained about however, it ruptured in her head causing a brain bleed. We spoke to the surgeon via phone on the 6th of April he seemed confident the surgery would go well.
My grandmother was put on a drip, given steriods, fed through a tube and was getting blood drained from her head.
“The only concern I have is your mothers’ weight” The surgeon told my mother.
The time my gran was in hospital we were told she will probably be more responsive once the blood is drained to go ahead and remove the tumour.
Everyone went to sleep with hope that night.
On April 7th, 2021 I woke up to a missed call from my mother at 9:30am in the morning. I phoned back but no answer. I then phoned my mums boyfriend Gary and he told me my mum was told the family are to say their goodbyes.
My grandmother was unresponsive, and it would have been cruel to operate on her, as she might never be responsive. On the 7th of April 2021 at 9:50am my grandmother June Conway passed away at age 73.
My grandmother was a fit and intelligent woman before she died, she was vegan, gave up smoking, went out cycles and walks she took her health very seriously. She had degrees in different subjects like English and Chemistry. My gran read all different books, she studied, she was anti covid and protested wearing masks.
Most importantly for me, my gran was my best friend who I could go to with any problem. We were so close, and she did not deserve to go the way she did. 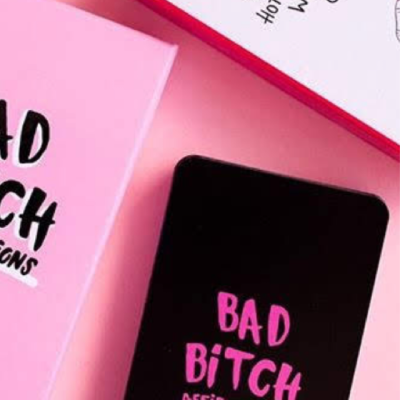