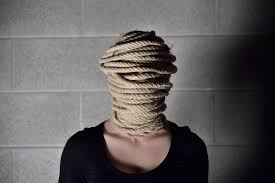 First year journalism student Lauren has written a poem about a feeling she struggled to describe for many years, she’s not written in the first person, knowing this honest and brave account isn’t just her story, it belongs to so many other people out there.

Rubbing your hands in a circular motion, eyelashes getting caught between eyelids. Skin becoming sore and red. It doesn’t even feel like tears anymore, but instead feels like shards of glass tearing your cheeks.
Your stomach feels empty, but at the same time feels like you’re going to throw up words in a nervous ramble. You don’t know how to make it stop.
You don’t know who you were before it, what or who you liked, or even where you liked to go. It’s all a blur. Everything; every sound, smell and taste reminds you of it. Even the way you fall asleep.
Eating isn’t the same anymore, talking isn’t the same, even waking up in the morning is somehow different. It’s that constant lump in your throat that makes even the simplest of tasks difficult.

It’s the cold breeze that brushes your skin making the hairs on the back of your neck stand up. It’s the uncontrollable shaking that parades its way through your body like troops heading into war.
Your eyes become glossy and bloodshot like you haven’t slept in days. You can’t stomach to answer people’s questions because you can’t make sense of how you feel. You second guess everything you say or do because you didn’t have a voice for so long.
It becomes glorified the feeling of being alone and destructive, of being confused and lost, of being desperate. You can’t get out of bed, it’s like a dark cloud of smoke that’s strangling you with bare hands. 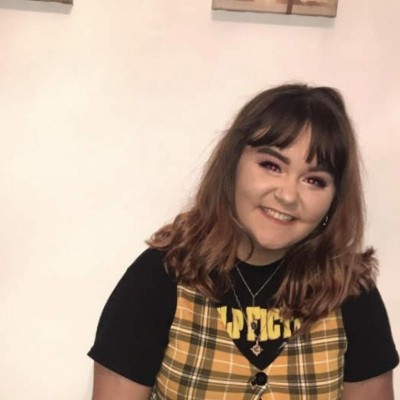 Lauren is studying Journalism at Glasgow Clyde College. She is the Deputy Editor of the Creative Writing Department and aspires to be an Investigative Journalist. She has always had a passion for writing and hopes to show this in her work. Lauren has received multiple Saltire awards for her volunteering efforts within her community. This includes contributing to an anti-bullying campaign and volunteering at a local care home. As well as receiving these awards, Lauren was presented with a Princess Diana award for creating and sustaining a positive change. Lauren is determined to have her writing published in the near future.
lauren_vallely52@yahoo.co.uk

Want to move abroad, or is it just the lockdown restrictions talking?