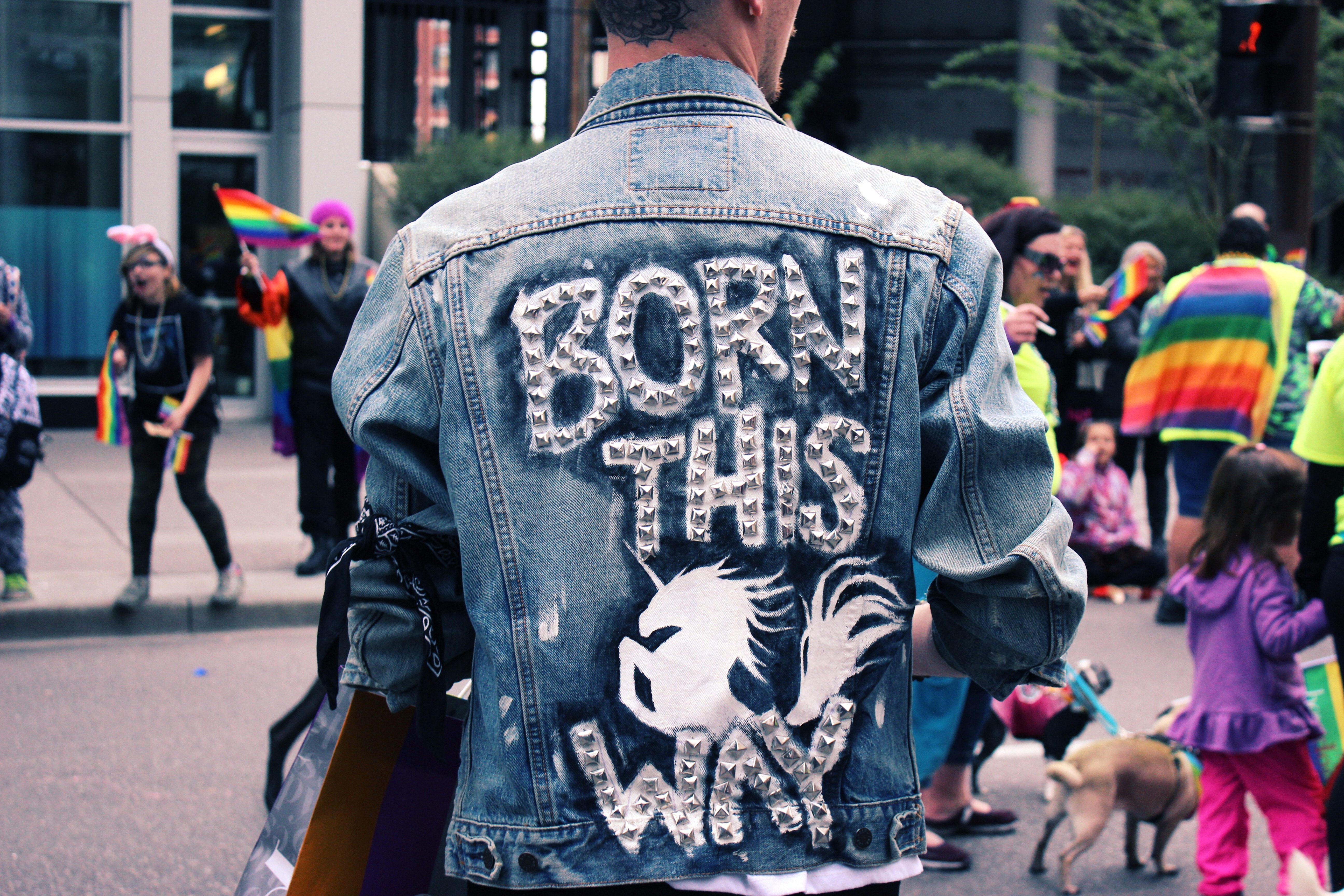 February is LGBT History Month and this year I’ve decided to focus on the past I am so reluctant to face. I have talked to people who have lived through homosexuality being considered a crime and I’ve willed myself to just listen.

I can’t imagine living in a time or place where my ability to love is illegal.

I have seen discrimination, but I have never truly witnessed the blind and utter ignorance that fuels hate so easily and so wildly.

There was no discrimination from my family as I grew up, only support from my mother, there was no aspect of me she couldn’t “accept”

In the past I’ve tried not to think too much about how things used to be in my own country, in my own home, just a few decades back. I think about how things still are in some houses and I let it enrage me, but I keep my eyes on the present, because the past is done and I don’t want to base my goals on it.

When my home country legalised civil unions for same-sex couples some friends congratulated me – it pissed me off. I retorted that I should be the one congratulating them, they’re the ones who finally took a step away from ignorance – took them a long time too.

I don’t like to think about it and I don’t like to celebrate laws for same-sex marriages, because it’s such a basic right to have, it should have never been denied.

I am going to admit something really hard now.

I never liked celebrations for LGBT activism (or for feminist activism for that matter) because it embarrassed me to be celebrating finally achieving what everybody else already had, what I was supposed to have since the moment I came to this world.

It still bothers me when people congratulate me on newly recognised rights for LGBT people.

I might be a queer individual, but I’m not a queer citizen, I’m just a citizen.

Australia recently legalised same-sex marriages and people around me who know of my sexuality came to me with the news, saying things like “I’m happy for you.”

Why are you happy for me? I don’t live in Australia, be happy for Australian people who finally get to say their country is not as ignorant as it was yesterday.

Growing up, I’ve opened myself to the past, I’ve wanted to know the experiences of people who lived decades before I was born.

The stories I’ve heard break my heart. And the worst thing, the element that makes me feel like I’m suffocating is not the violence, nor the hate, it’s not the ignorance.

I could not bear the silence so loud in every story. Living in hiding, homosexuality – and anything that wasn’t heterosexuality really – being a taboo, different sexual orientations being ignored, even queer people unable to talk about it. A mute world.

It hurts my head to try to imagine it.

And it’s not in the past. It’s not. It is my family’s past, my country’s past, my past. But not everybody’s.

So I have to try and imagine it. Even if it hurts my head, even if it makes my stomach churn, even if it fills me with rage and helplessness.

Because how can I not?

Awareness is the first step to break the silence, voices will chase it away – not queer voices, but people’s voices. I do not listen and try to imagine, understand because I am queer myself, I do so because I am part of the human race and I have a role to play in the humanity of this world.

I am a woman, I love women and I am an Italian with Jewish origins. My past would have been full of violence for up to three different reasons. I probably wouldn’t have survived the 20th Century, had I not been born at the very end of it.

So many victims in the past, in the present, who share these cultural and personal aspects with me. Too many.

I would lose myself in the violence, the hate, the hopelessness.

As a child I was taught to be aware, to seek understanding of the world and of people. But it was so much hurt for a child to register that developing mechanism to avoid being hit too hard by reality was inevitable, despite my mother acting as mediator.

Because I have some Jewish ancestor, so far up the family tree that I cannot pinpoint when they may have lived, when I learned about the Holocaust I was aware that it was all about me. I am one of those people Nazis hated.

Because I am a woman, lessons about equality were always directed more at me than the boys in the class, as if equal rights were a favour society did to me and my female friends. And learning about sexism I was made very aware of why people used to think of me as inferior, over and over during so many hours of History and Literature.

Because I like people of the same-sex it was a general assumption that I needed help, support, a shoulder to cry on. It was a given that I couldn’t be living my sexuality well, everyone assumed I was a victim, even if I wasn’t.

How can we put children in front of such a huge amount of hatred and ignorance and then tell them to be patient?

So as a kid I tried to avoid anything that sounded too much like being a victim, I let the fight shelter me and I hid in the fire of rage.

Growing up it wasn’t about me anymore, it was about everyone, my fight is everybody’s fight. And so I opened up to painful stories from a mute past. I still dread the indirect feeling of being a victim, but the only way to defeat the past is to face it and it’s often easier to do so together.

LGBT History Month is about facing the past united until we don’t feel like its victims anymore, but its survivors.

Previous post February LGBT History Month: A look into the past