The ‘Strathclyde CSC’ took part in a sponsored walk over Christmas to raise money for the Glasgow North-East foodbank at Celtic Park.

Christmas is a time of celebration, for spending time with your loved ones. Unfortunately for many in Glasgow, Christmas is a dark time.  Families all over the city are struggling to make ends meet, with many relying on foodbanks.

Whilst we would all like to think we would never be in that situation; it can be very easy to fall into the poverty trap. According to data from the Joseph Rowntree Foundation, as early as 2018 more than 4 million families are in poverty whilst working, with nearly half of them in full-time work.

Can you imagine that? Working your normal job full-time all week, and by the time your paycheck comes through not having enough money to put food on the table for you and your family.

We all think this is bad but very few of us do anything about it, a Celtic fan, however, had different ideas.

Declan McConville is a student at Strathclyde University, he has seen first-hand the level of deprivation in and around Parkhead and wanted to help, so he and a group of friends at the Strathclyde CSC decided to set up a sponsored walk for the local foodbank at Celtic Park.

Amazingly, they raised over £1000 with the money going directly to the foodbank right before Christmas, a crucial time for many families.

“There’s always kinda been a Celtic Supporters Club at Strathclyde Uni but with the turnover of students it went untouched for a wee while and myself and my friend Patrick had noticed that, and we got it up and running again. Last Xmas, we know Celtic are meant to be a force to help people in need and we did a bit of fundraising last year we did that through Social Bite and it helped pay for Xmas Dinner for homeless people on Xmas day and raised about £200 last year. This year we thought we’d be ambitious, so we decided to do a bigger appeal, we just set up a Just Giving Page, did a food collection and then tried to encourage people to donate to the page we did a sponsored walk, me, and some of the boys from the CSC.”

This was a Celtic Supporter’s initiative that also have sister organisation at universities across Scotland, they all took part in similar projects over the festive period.

Whilst this was being organised by Celtic fans, fans of every club and wider society would have donated to the just giving page and Declan wanted to put footballing rivalries aside and look at different teams coming together for the good of the community.

“People should just try and come together for the betterment of people’s lives. Glasgow Uni done a similar initiative with their CSC. It doesn’t mean, cause we’re Celtic fans we think we’ve got a delight to be charitable, everyday should help and be able to do it.”

I spoke to Liz, one of the volunteers at the foodbank and the work she does is incredible. She’s a teacher at a nearby school and she comes and helps after the school day ends and during the holidays. She really is a champion of her local community. Chatting away on her lunch break, she told me about the type of people that come into the foodbank.

“I’ve seen proper poverty, working as a teacher, you know what some kids and their families are going through more so in areas like this. I’ve seen kids whose parents are addicted to drink and drugs and can’t find a way out, perhaps they’ve spent their benefits on getting a fix for the week instead of food and that’s where we come in.”

She also described what her role at the foodbank entails every day:

“I do everything, from taking phone calls to checking stock, handing out parcels and even going out and delivering them, you need to get a referral to get stuff from the foodbank, but generally if we have an excess of stock then I’ll go out and deliver It to families I know that need it instead of the food going to waste, I’ll probably get in trouble for saying that!”

It’s funny because as she was telling me this, she was laughing down the phone. It’s amazing how someone who is doing so much work and going above and beyond can smile after seeing what she sees every day, but that’s a testament to the work that she does.

Football fans can often be described at violent, thuggish, and unintelligent. The work that Declan and his friends have done not only helps people in need but shows the way in which football can bring people and communities closer.

Hopefully we can see many more groups starting similar initiatives in the coming year. 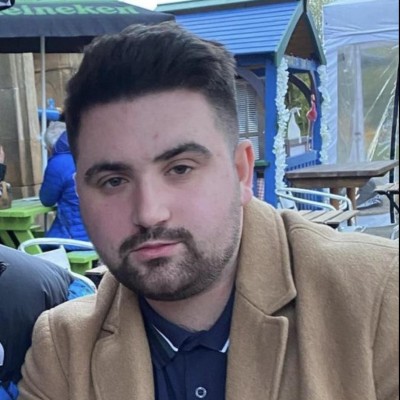 Next post How Glasgow’s culture let Bible John get away