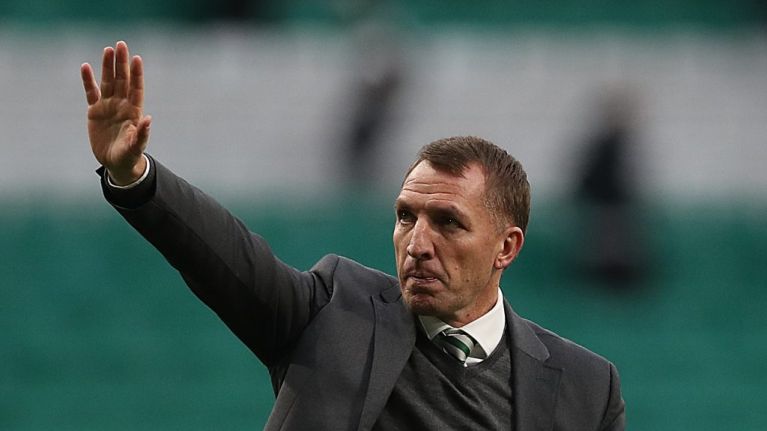 Brendan Rodgers (46), a double treble winning manager with the Scottish champions Celtic, has left the club on Tuesday to take the reign at Leicester City.

Rodgers had many successes with Celtic leading them two a season of unbeaten matches and two treble winning seasons; winning the Scottish League Cup, the Scottish Premiership and the Scottish Cup for two seasons in a row.

There is mixed emotion about the departure of Brendan Rodgers late evening on Tuesday.

Celtic released a statement earlier on Tuesday morning. It read: “Celtic Football Club today confirmed that it has been approached by Leicester City FC to speak to Brendan Rodgers with regards to their current managerial vacancy. Brendan has indicated to the Club that this is an opportunity he wishes to investigate further and therefore, very reluctantly, the Club has granted him permission to speak to Leicester City.”

Hours later, he then went on to be unveiled as Leicester City manager in a move that is expected to have cost the Foxes £6Million with Rodgers signing a contract until June 2022.

Celtic fan David said “it’s not a big shock I thought after the transfer window the lack of activity that if he (Brendan Rodgers) got an offer he would go, but to be honest with you I think the timing isn’t too bad for Neil to come back”

When asked about Rodgers leaving the club on last night, one Celtic season ticket holder said “I think it’s just shambolic, from Brendan Rodgers side of it. All Celtic fans in there (Celtic park) are bemused so they are, I can’t talk for every Celtic fan, I can only talk for myself but it’s just total shambolic, it’s just and absolute Farce.”

Another Celtic fan said “Didn’t see that coming, he’s a two faced snake, and hope he gets booed when he comes park to Parkhead when Celtic win ten in a row they will invite all the managers back and when they do that I hope he gets roundly booed”

Rodgers has left the club that the most difficult time for Celtic fans, with four big games coming up that could decide whether Celtic win the tittle for the 8th time in a row or not.

Celtic face Hearts tonight at Tynecastle where Neil Lennon will take his first charge as interim manger of the Scottish Champions, the next four games after that is Hibernian (Neil Lennon’s former club, in which he got suspended from) Aberdeen, Dundee and Rivals Rangers.

Celtic fan Anthony said “Neil Lennon has seen it and done it, whether he does it a second time only time will tell on that one whether he gets the job full time, I have no idea” Anthony went on to day that “The premier league

“The budget was the attraction for Rodgers, the money side of it”

Brendan Rodgers first game in charge of Leicester City will be Watford, at Vicarage Road am away game for Rodgers.

Next post “We are sick of being groped in a club or a bar.”