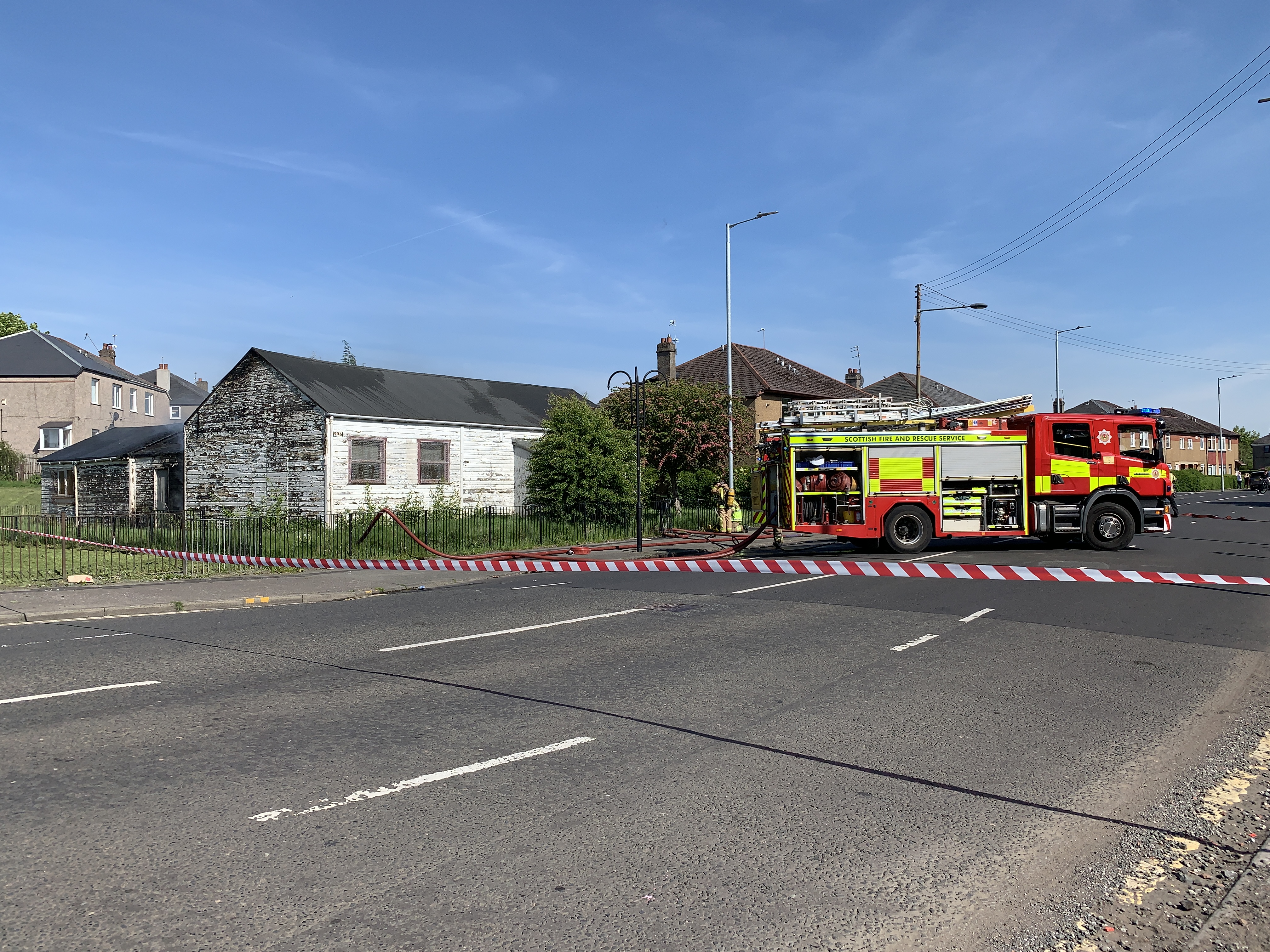 A fire has broken out at the labour halls in the Cardonald Area of Glasgow.

Scottish Fire and Rescue received the first call at 1601hrs on Tuesday 14 May to 996 Mosspark Drive for a large fire at the Labour Halls in Cardonald.

Initially two Scottish Fire and Rescue appliances attended the scene of the fire, then requested two further appliances including an Ariel appliance.

Overall, the fire service received 45 calls about the fire in the close knit community.

Fire services attended the scene of the fire for approximately five hours to extinguish the blaze.