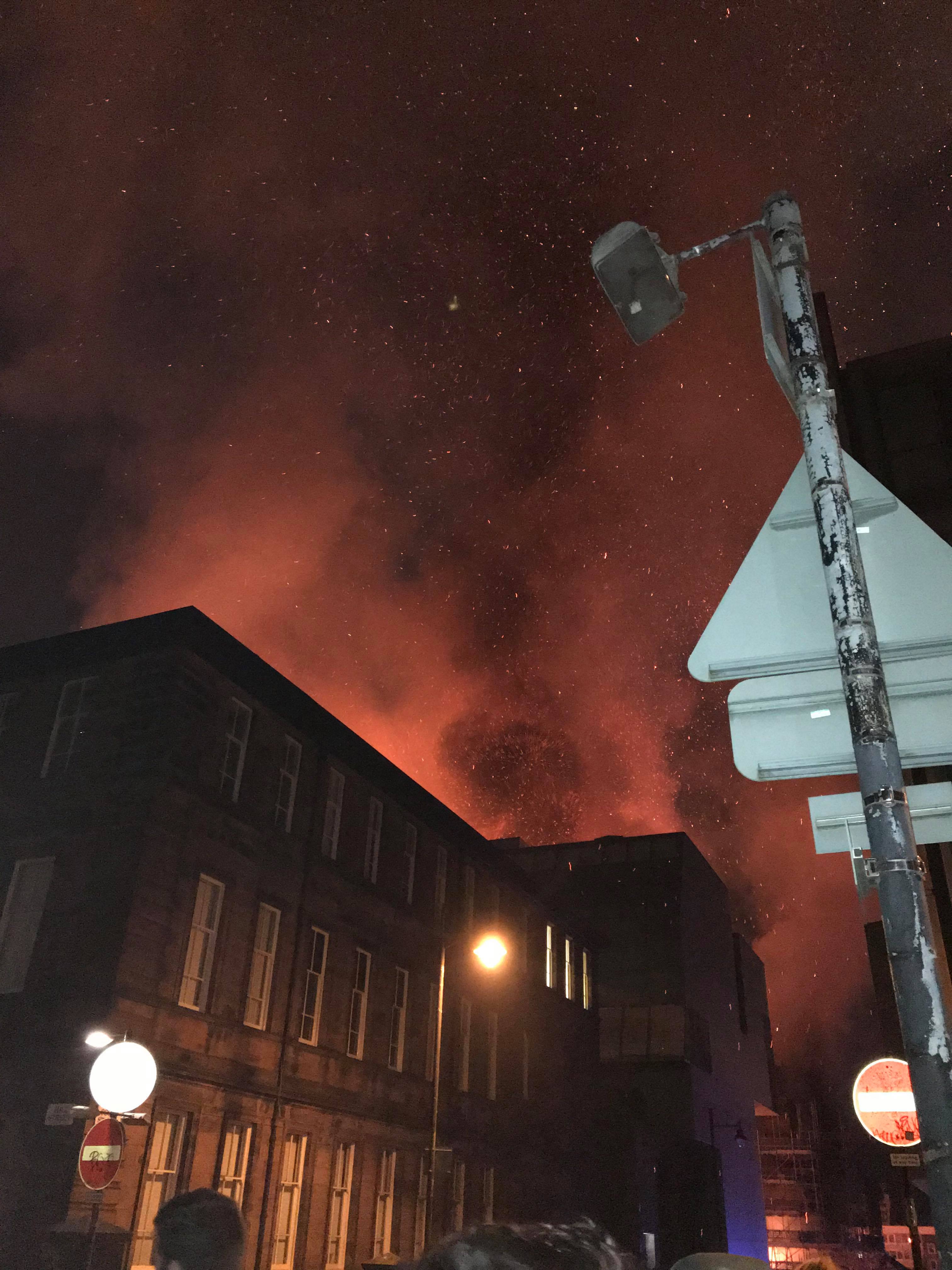 A fire has erupted at Glasgow School of Art, Renfrew Street and Sauchiehall Street have been cordoned off.

Witnesses of the incident currently unfolding in Glasgow city centre have reported a fire started at the School of Art sometime after 11pm.

People have heard loud bangs before the fire started and during the initial blaze.

The university confirmed the blaze is affecting the Mackintosh building, which had been under restoration after the fire incident in 2014.

They posted an update on their Twitter account, saying:
“There is a fire at the Mackintosh Building. The fire brigade are currently on scene. We will report back with news updates as soon as possible.”

There is a fire at the Mackintosh Building. The fire brigade are currently on scene. We will report back with news updates as soon as possible.

We have received testimonies of people who were in the university when the fire started.

“[I] was in art school for a rave, we just got evacuated. The art schools gone,” the girlfriend of the DJ attending the rave said.

Our journalist has reported ashes falling everywhere and students crying in the streets for all the coursework possibly lost to the fire.

One art student said:
“That’s so crazy like all the students have been excited for it opening after 4 fuc**** years and it’s on fire. Speechless.”

One of the university buildings was hosting an exhibition of the final projects, some students explained, and they are shocked at the idea of losing all the hard work to fire.

There hasn’t so far been any official report of injury among the people who were evacuated.

Emergency services are on the scene trying to get the flames under control.

Photos and videos from Jordan Shepherd.