Skip to content
Football In The Spotlight News Sport 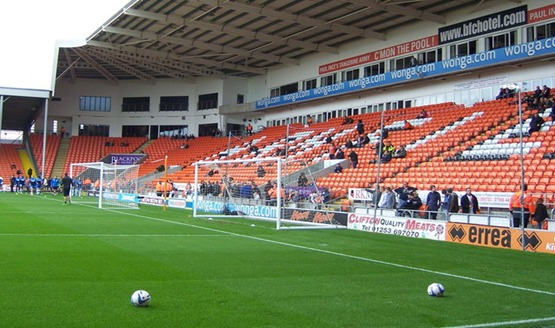 The Blackpool forward Jake Daniels has come out as gay and becomes the first player to do so in 32 years.

The English teenager has been widely praised for his bravery to come out with this statement. With stars like Tom Daley, Steven Gerrard and Garry Neville especially stating on Sky Sports that “It’s a day of great importance for English football.”

He is the first football player in the UK to come out as being gay since Justin Fashanu in 1990, where he was the first openly gay footballer.

In a statement Jake said: https://www.blackpoolfc.co.uk/news/2022/may/16/a-message-from-jake-daniels/

“This season has been a fantastic one for me on the pitch. I’ve made my first-team debut, scored 30 goals for the youth team, signed my first professional contract and shared success with my team-mates, going on a great run in the FA Youth Cup and lifting the Lancashire FA Pro-Youth Cup.

“But off the pitch I’ve been hiding the real me and who I really am. I’ve known my whole life that I’m gay, and I now feel that I’m ready to come out and be myself.

“It’s a step into the unknown being one of the first footballers in this country to reveal my sexuality, but I’ve been inspired by Josh Cavallo, Matt Morton and athletes from other sports, like Tom Daley, to have the courage and determination to drive change.

“In reaching this point, I’ve had some of the best support and advice from my family, my Club, my agent and Stonewall, who have all been incredibly pro-active in putting my interests and welfare first. I have also confided in my team-mates in the youth team here at Blackpool, and they too have embraced the news and supported my decision to open up and tell people.

“I’ve hated lying my whole life and feeling the need to change to fit in. I want to be a role model myself by doing this.

“There are people out there in the same space as me that may not feel comfortable revealing their sexuality. I just want to tell them that you don’t have to change who you are, or how you should be, just to fit in.

“You being you, and being happy, is what matters most.”

Next post Tayside cancer survivor in final push to fundraise £100,000 for charity