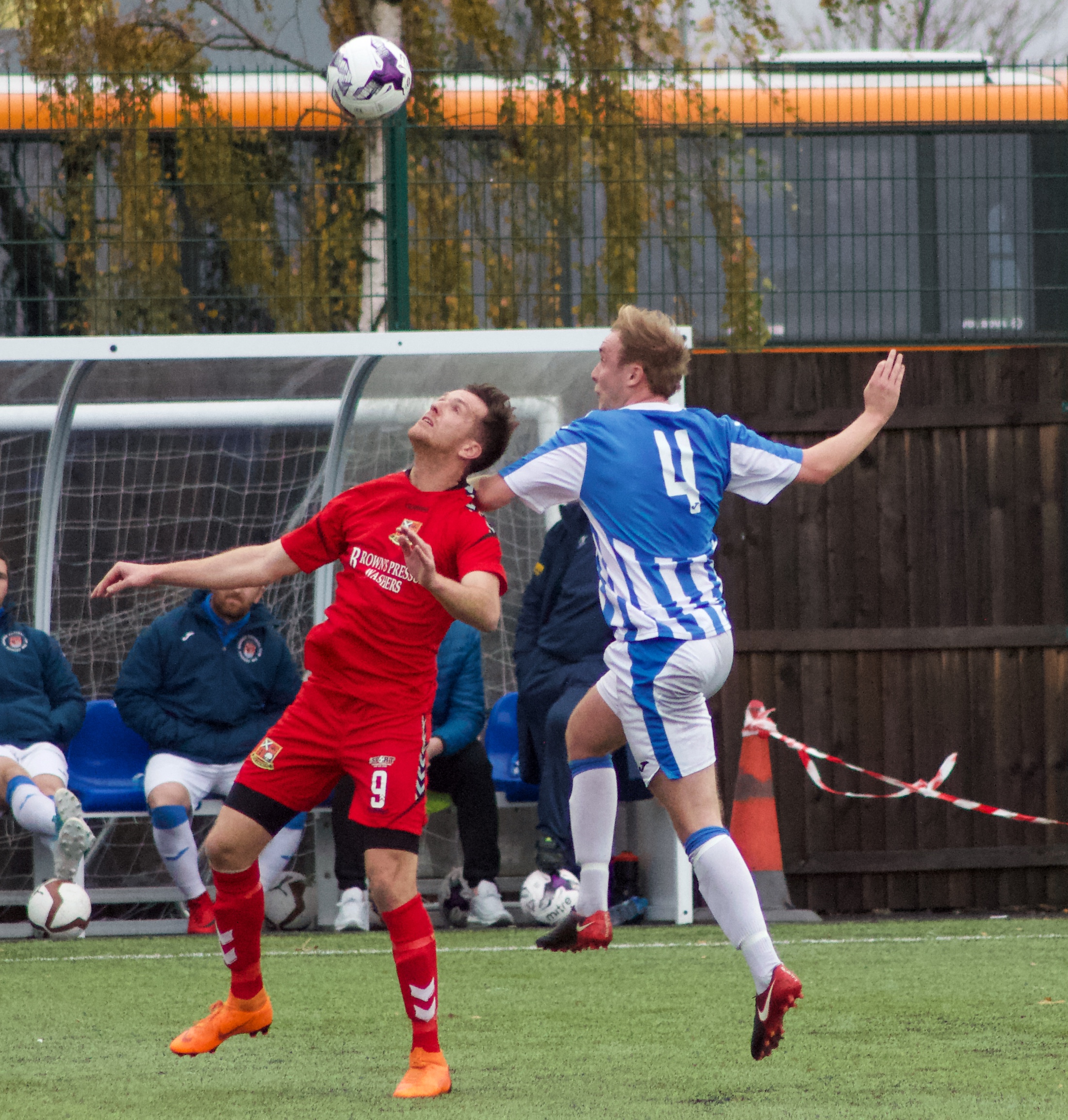 It was awful weather in Renfrew with pouring rain and strong winds making the playing conditions difficult for both sides.

Renfrew began the match really well, forcing the away side under pressure before creating their first chance just before the half hour mark.

But that all went out the window in three minutes when Darren Christie scored his first goal of the match. Christie making an excellent run into the box and firing it into the back of the net.

Things all went pear shaped for Renfrew when Beith scored their second goal though Darren Christie just after 15 minutes. After a great though ball into the box which he slotted across the Goalkeeper into the bottom left hand corner

It then got really bad for Renfrew on the stroke of the half hour mark when Beith scored their third goal scored by McGowan lovely corner whipped into the front post McGowan head above everyone else headed of the underside of the crossbar bounced over the line.

Renfrew finally got there reward a few minutes later though Hardie’s effort when he shook off two defenders one on each side and fired it into the net, leaving the keeper with no chance. Reducing the deficit too two.

After the break Beith came out all fired up and a few minutes into the second half when Paul Frize netted Beith’s fourth goal. Restoring Beith’s three goal advantage.

Renfrew responded on the hour mark when Jamie Benton hit the top corner of the net the keeper rooted to the spot. Scoring his second in two games. Again reducing the deficit too two goals

Renfrew manager Colin Clark said “I thought a 3-0 the game could get away from us quite easily, we were looking to keep it tight as long as we could” he went on to say that “the game plan was out the window after a couple of minutes”

Beith Juniors manager John Millar said “We went 3-0 up them we stopped playing for some reason, credit to Renfrew who put us under a bit of pressure in the second half”
And when asked about Darren Christie’s injury he said “it was just a knock on the calf, nothing serious”

Next post Just out for one drink (yeah, right)