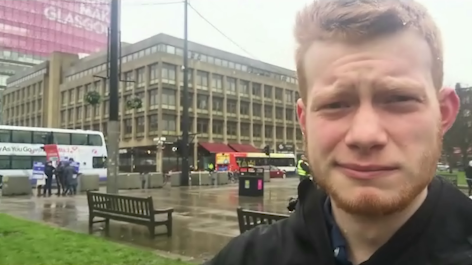 A rally was held in George Square on ‘UN Anti-racism day’ last weekend.

The demonstration was organised in unison with several trade unions such as the Scottish Trade Unions Congress and Unite.

The rally began with speakers from various organisations starting with a two minute silence in support of the victims of the New Zealand Christchurch attack.

Once the guest speakers were done and the demonstrators donned their banners they took to the streets.

The march began on St Vincent’s Street then came back round through Queen Street.

There was also a counter protest held by Glasgow Palestine Human Rights Campaign.

One activist said: “You can’t have a stand up to racism demo with racists marching surely.”

Speaking with the chair of Glasgow COFIS (Confederation of friends of Israel), Sammy Stein, he said: “We marched today against racism and anti-Semitism, that’s what from my point of view the march was about.”