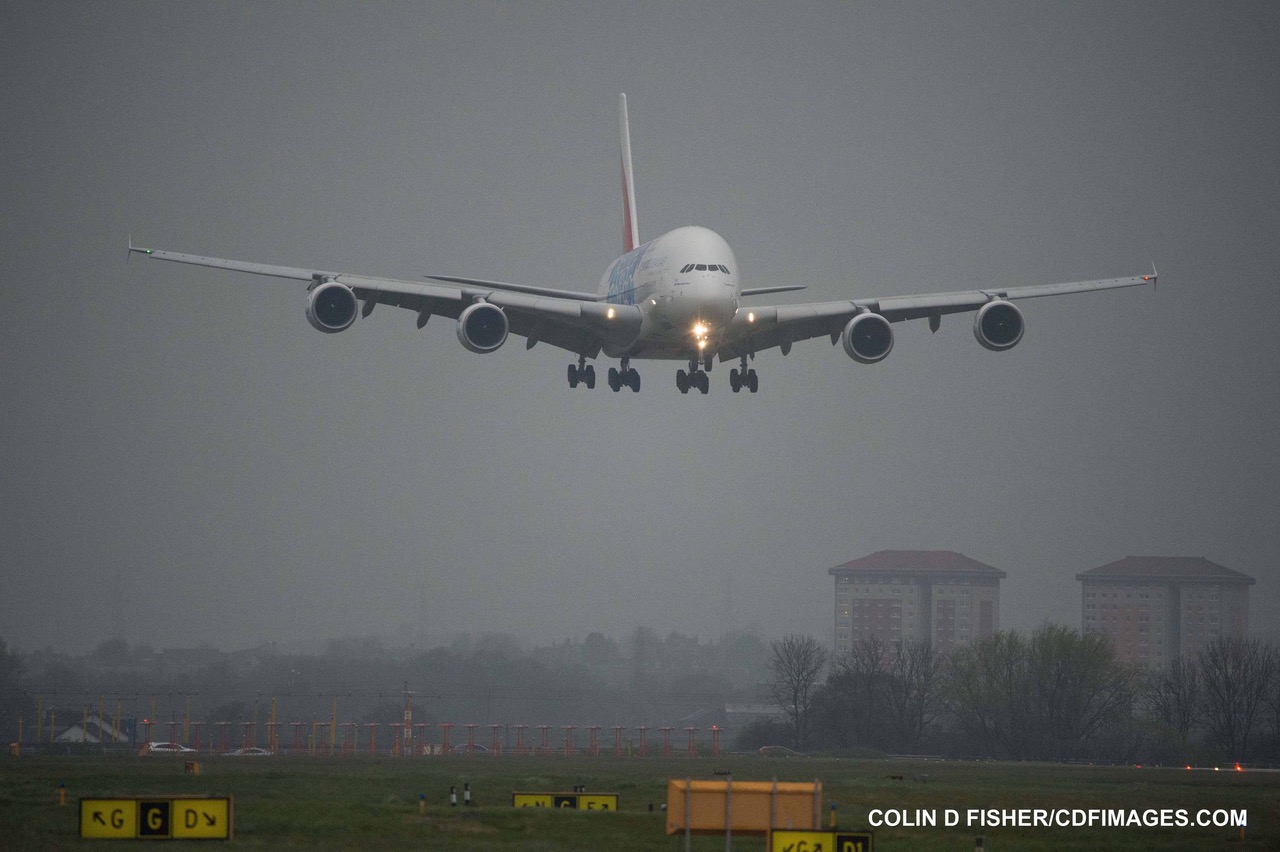 The world’s largest commercial passenger aircraft touched down in Glasgow on Tuesday, marking the start of a service between the city and Dubai.

Glasgow Airport has spent in excess of £8 million upgrading its infrastructure to accommodate the Airbus A380, including the introduction of Scotland’s only triple airbridge.

The Emirates jet was welcomed by a kilted piper on the tarmac on Tuesday evening.

Many hundreds of people lined the airport perimeter fence to watch the Airbus A380 land safely at Glasgow.

“It’s an iconic aircraft and the airport’s really buzzing this evening.”

The superjumbo visited Glasgow in 2014 to mark 10 years of flights from the city by the Emirates airline.

With a wingspan of nearly 80 metres, the A380 can carry almost 525 passengers.

“An aircraft of this size coming shows a vote of confidence in the city, in the country and the economy generally. It’s great news.”