A Highland community claim the A82 has become a death trap after a series of pot holes on the major road have resulted in a spate of accidents.
A Facebook page set up to raise awareness of the problem has had nearly 800 likes in less than a week.
Road repair company Bear Scotland claim the recent cold snap, which brought sub-zero temperatures to the Highlands followed by heavy rain, was to blame for the “deteriorating road surface” and insist all repairs will be addressed “as soon as possible”.
They also insist that, where budgets will allow it, planned resurfacing works will be brought forward.
However, Martin Pawsey, from Drumnadrochit village, who set up the Facebook page after his car was damaged due to a pot hole on the road, said last night:

“It can only be a matter of time before someone is seriously hurt, or worse, killed.”

Other drivers have been left with burst tyres and broken suspension after driving along the A82.
Another local added: “Their lack of urgency in repairing the roads is in all seriousness putting people’s lives at risk”.

MSP for Skye, Lochaber and Badenoch Kate Forbes has been pushing for urgent repairs.
She said: “I have been in touch with Transport Scotland, who are going to resurface the road, and now I am asking them to bring the timescale forward to get this started as soon as possible.”

The A82 is a vital trunk road that connects the Highlands to the central belt running from Glasgow to Inverness, however sections of the road are now blighted by numerous pot holes.
A number of surrounding roads have also been reported to have problems with the dangerous craters.
Dad Gary Burton, from Lochailort, near Fort William, was following his wife and three children home in his van on the A830 when their car was left with a flat tyre after driving through a pot hole.
He said:

“We do not feel that as members of the public, we should have to be responsible for informing Bear that their roads are defective.

“If she had been alone when this happened she would have really struggled without a phone signal, two kids and a baby”.

Another driver from Fort William, who did not want to be named, was left with two punctures and a smashed windscreen after going over a pothole on the A82 near Fort Augustus.
She claims that despite reporting the incident it was not dealt with until weeks later.
Before it was reported, another Facebook user on the site reported an accident on the same spot resulting in tyre damage and insurance issues.

The road is the second longest ‘A’ road in Scotland, followed by the A9. Recent figures from Transport Scotland show there has been more accidents on the A82 than the A9 over the past six years.

A spokesman for Transport Scotland claimed ‘defects’ are repaired by 6am the day after they are reported
He said: “We fully recognize the importance of a safe and reliable trunk road network and the budget for maintenance for the roads we look after has increased by around £65 million to £433m in 2018/19.

“The operating companies are responsible for making carriageway defects safe with a temporary repair completed by 6.00am on the day following identification and a permanent repair within 28 days”.
However, local residents claim deep pot holes have been left on the road for days after they have been reported and insist Bear Scotland, the operating company responsible for the repairs and maintenance of roads, have left many of the craters for several weeks.

A spokesman for Bear Scotland said: “It should be noted that cold and wet winter weather, particularly the freeze and thaw cycle where sub-zero temperatures quickly follow heavy rain, which we have experienced recently, can have a serious impact on road surfaces leading to the rapid development of potholes.
“This winter has already seen an increase in road surface deterioration across the network, including the A82, and we are working to repair any defects as quickly as possible.
“Resurfacing works is planned to take place later this month in Fort William which will address the deteriorating road surface.
“We are also currently reviewing our programmes of planned works and where possible, and budget is available, bringing forward larger resurfacing projects to target the areas worst affected.” 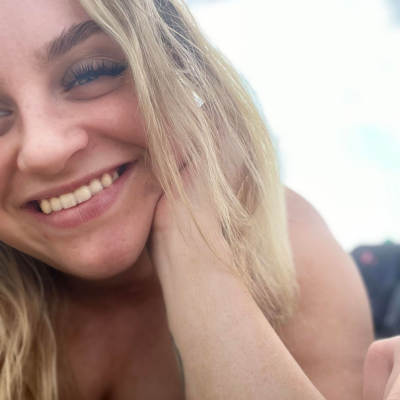