If you made the choice to have the joyful experience of living in student halls, then they’re a few things you may need to know.

You could meet friends for life in your halls so make an effort to really get to know the people you’re living with. It can be a great melting pot of different cultures, beliefs, and lifestyles.

Now as you’re getting to know these flatmates you might find yourself getting to know each other with your clothes strewn all over the floor. As easy as this might happen, YOU LIVE WITH THEM! Getting into a relationship with your flat mate is like poking a bear while being coated in honey, it’s an easy way to run into some problems. So best to just keep it platonic.

Whether it’s blasting your music at 1 am on a Wednesday morning, to having an argument with your other half who has a decibel range of loud to extremely loud. It’s best to keep in mind when it’s time to turn something down.

You don’t want to be the wet blanket. If there’s a party going on it is your student duty to rock up with a bottle of Bucky, and abuse anyone who dares to try leave early because they say they have a class tomorrow.

Instead of leaving a trail of your past week’s meals, have a wee brush and a hoover before it starts to become a joke.

If you try to have everyone keeping the place absolutely spotless you’re only going to annoy the hell out of your flatmates and infuriate yourself. Learn to embrace the muck a bit.

For perhaps yourself, and a lot of the people living with you, it will be the first time living on your own. So try help each other out where you can, even sharing some communal things like a toaster or milk. It’s nice to be nice.

Some people will obviously take the piss and try to take advantage of other people. Not cleaning at all, or expecting others to do things for them. If there being a fanny don’t be afraid to tell them.

That’s about it when it comes to Halls etiquette. As I’m sure you might have noticed lots of the points contradict themselves, and that’s because halls living does that. It’s a bit of give and take but overall just try to find the balance needed to successfully live in halls. And above all else, never, ever, take a guitar out and start playing Wonderwall… don’t be that person… you’re better than that. 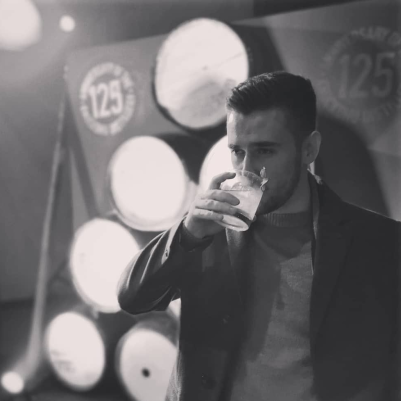 COP26 podcast: What is Glasgow doing to tackle climate change?