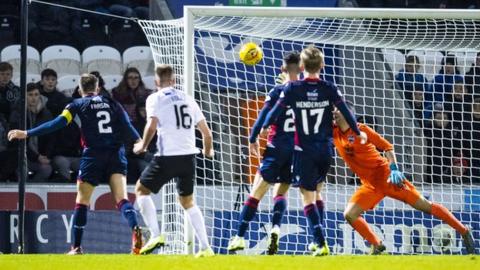 A dramatic 88th minute winner from Sam Foley moved St. Mirren off the bottom of the Scottish Premiership on Saturday.

The midfielder’s screamer gave the buddies their first win in a month taking them up to tenth, level on eleven points with three other teams, including bottom place St. Johnstone.

But the Saints had to come from behind to beat Ross County 2-1 after Brian Graham put the highlanders ahead in the 24th minute.

Sean McLoughlin then equalised minutes before the break when the centre-back’s low effort from ten yards out, hit the back of the net following a goal mouth scramble

The Buddies left it late in the second half, when Foley smashed the ball from just outside the box, into the top left corner,with two minutes of the 90 remaining.