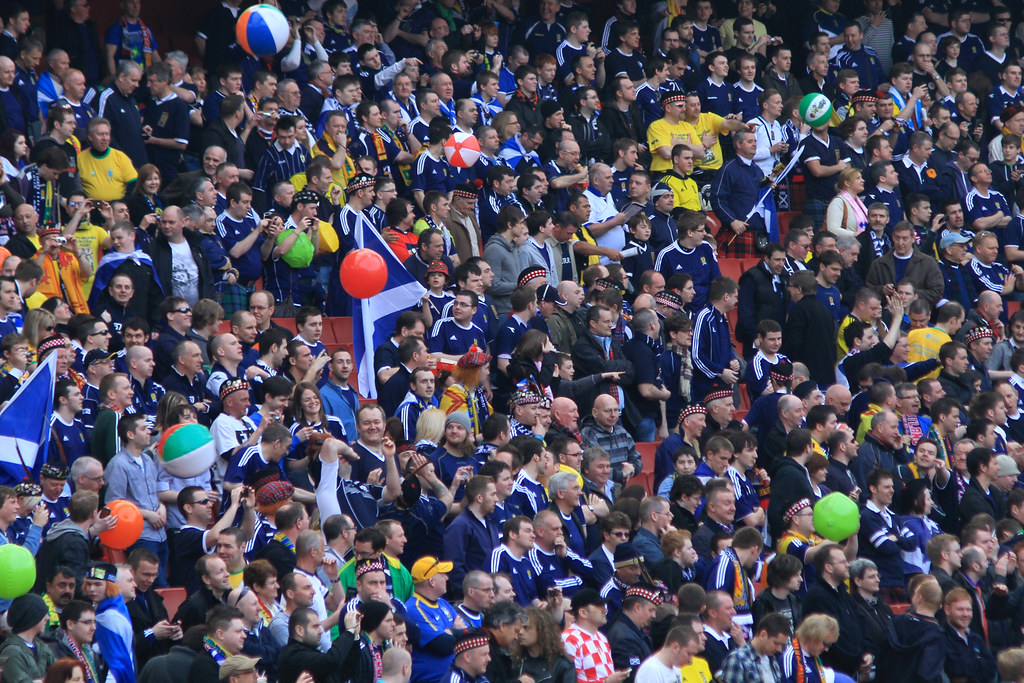 After Steve Clarkes triumphant Scotland squad qualified for the Euros for the first time since 1996 and the first major tournament since 1998, it was today announced that there will be a fan zone for the Euros in Glasgow Green.

The UEFA EURO 2020 Local Organising Structure Glasgow announced that a fan zone will be open for the 31 days of the tournament from 11 June to 11 July 2021, it will accommodate up to 6,000 people per day and all sessions will be split into two and be ticketed.

This comes after it was announced that Hampden Park will host 12,000 fans at the Euros.

The fan zone will feature jumbo screens to watch the games but will be a largely seated venue with social distancing measures in place.

“We are delighted that the Scottish Government has given approval for the UEFA EURO 2020 Fan Zone at Glasgow Green to take place, subject to the status of the pandemic nearer the tournament, hopefully enabling the city to play its part in the wider event celebrations.

“WE AIM TO CREATE A WELCOMING VENUE WHERE ALL ASPECTS OF THE FOOTBALL TOURNAMENT, SPORTS ACTIVITIES, CULTURE, HEALTH AND WELLBEING ACTIVITIES, AND AN ARRAY OF FOOD AND DRINK CAN BE ENJOYED BY FOOTBALL FANS AND FAMILIES ALIKE IN A COVID SECURE ENVIRONMENT.

“The event will provide significant international profile for Scotland on the global stage with iconic broadcast and media images from Hampden Park and across the city reaching estimated audiences of more than one billion. But perhaps most importantly, it will bring vibrancy back to the city and provide an opportunity for the people of Scotland to come together once again, as well as providing a welcome boost for businesses.”

The event will be free of charge and will host a multitude of extra activities for all the family including; a 10m Festival Tower hosting a range of sporting, cultural and digital content, a multi-use sports pitch, a family-friendly sports activity program  as well as food and beverage vendors.

“After confirmation that we can accommodate approximately 12,000 at Hampden Park for the stadium’s four UEFA EURO 2020 matches – including Scotland’s ‘home’ games against Czech Republic and Croatia – this is further good news for Scotland supporters and everyone who wants to experience the atmosphere of a major tournament, co-hosted here in Glasgow.

“While we have had to adapt to life under COVID-19 restrictions, the approval to have a Fan Zone at Glasgow Green throughout the tournament will ensure more people can experience UEFA EURO 2020 and, hopefully, celebrate some momentous Scotland results.

“I WOULD URGE FANS WHO DO NOT HAVE MATCH TICKETS, INCLUDING FOR THE MATCH AGAINST ENGLAND AT WEMBLEY, TO UTILISE THE FAN ZONE IN GLASGOW AND ENJOY THE UEFA EURO 2020 EXPERIENCE SAFELY.”

Scotland’s Euro squad was announced last week fueling the Euro fever around Scotland as fans cannot wait to see their country at a major tournament once again.

Tickets for the Glasgow Green Fan zone can be found on the UEFA EURO 2020 Glasgow website. https://euro2020.scottishfa.co.uk/

Previous post Is Women’s Football on the rise in Scotland?

Next post What is next for Scotland’s new boxing superstar Josh Taylor?