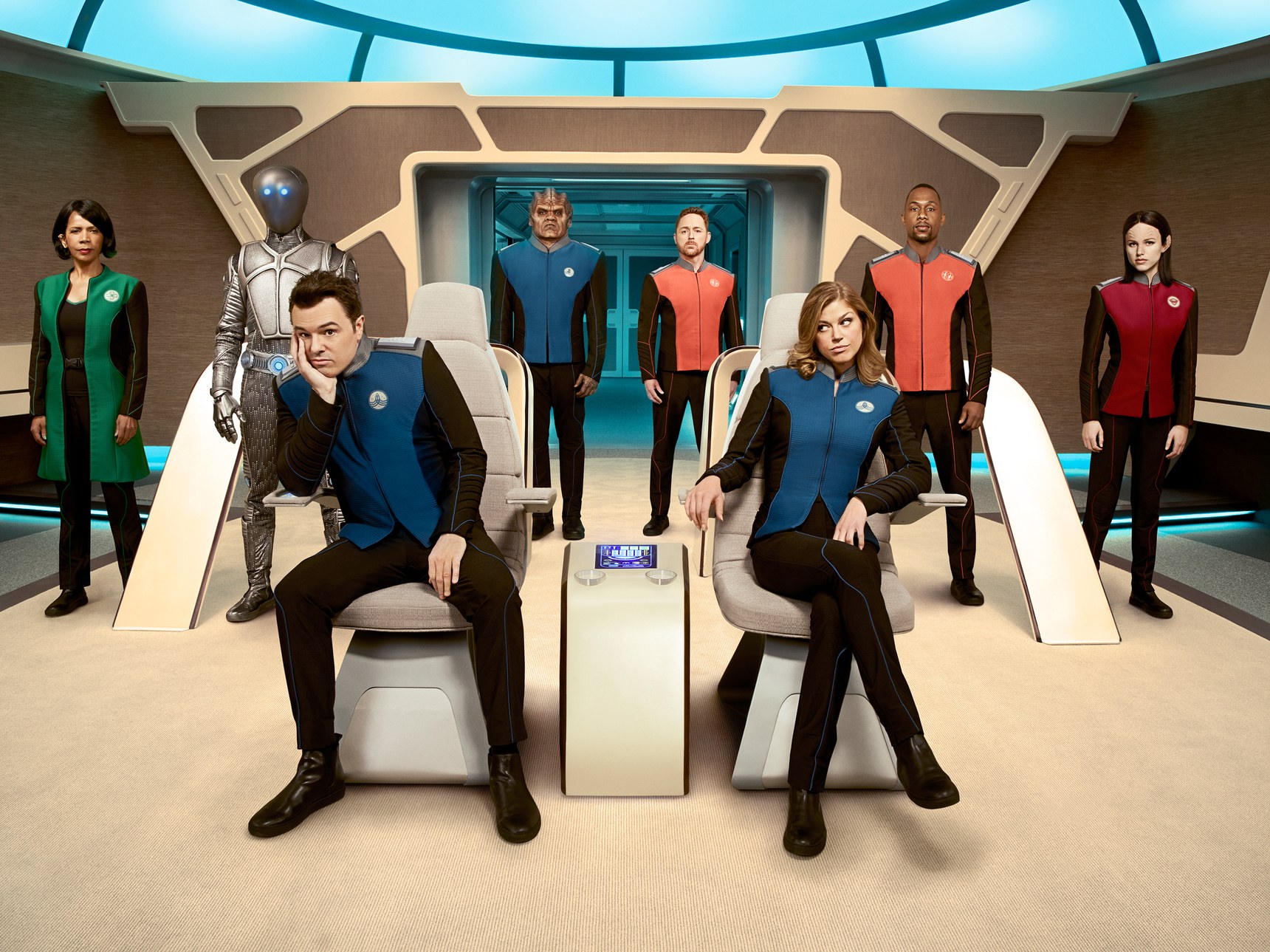 When one thinks of Seth MacFarlane, their first thought will most likely be one of these three:

1. I love the stuff he does, like Family Guy and American Dad!

No one really thinks of him as Captain Ed Mercer on the U.S.S. Orville in his brand-new live-action TV show, The Orville.

The new comedy-drama space series, made to be both a spoof and an homage to Star Trek, when it first aired was met with mixed reviews and strong reactions from either side of the spectrum. The Orville scored only 21% on rottentomatoes.com, however it scored 93% via the audience on rottentomatoes.com like Marmite, you will either love it or you hate it.

The cast is a group of relatively unknown actors, most having previously worked with Seth on previous shows and movies. The acting can seem a little forced and at times, a little bit cheesy, but not particularly out of place when considering the acting in the original series of Star Trek with William Shatner.

The show is set around 400 years in the future and takes place primarily on a mid-level exploratory ship named the Orville, which is under the commission of the Planetary Union – the main authority of law and order in the galaxy – and its captain, Mercer and its crew as they encounter various strange and dangerous situations and follows the crew as they get into and out of trouble so often, it really makes one wonder how they all manage to survive for so long!

As Seth has found huge success with his previous works, it was hard to imagine him as anything other than confident when creating the show, it has Star Trek, it has drama, and it has some touching moments, what’s not to love? As it might be seen by most people, it is a pretty safe play from Seth, as it doesn’t really do anything too daring, almost everything has been seen before in other shows, but the addition of the humour makes it at least worth trying.

The interesting part about the story is that each episode centres on a different member of the crew, something that isn’t immediately apparent throughout the show, but is quite a heavy feature. Each cast member doesn’t necessarily become the star of each episode, but rather their development is greatly enhanced by every instalment, and the relationships between all of the characters develop greatly towards the end of the season.

The show in itself is very well written and designed, though the jokes do tend to land in something of a safe zone that is almost instantly recognisable as ‘Seth MacFarlane humour’, which could be seen as the exact same kind of jokes that are prevalent in his other works, such as Family Guy, American Dad!, Ted, and A Million Ways to Die in the West. The jokes aren’t bad, but are almost a little typical, however this does well to create a consistency with his other works, and almost any fan of his other movies and shows would certainly enjoy this one if even purely because of the jokes.

It is no secret that The Orville has a lot of potential as a new show, Seth MacFarlane has confirmed that season 2 will arrive in late 2018. Let’s hope that the show continues to provide some good entertainment for the viewers, and continues to develop as a show, it has the potential to be a truly great show.