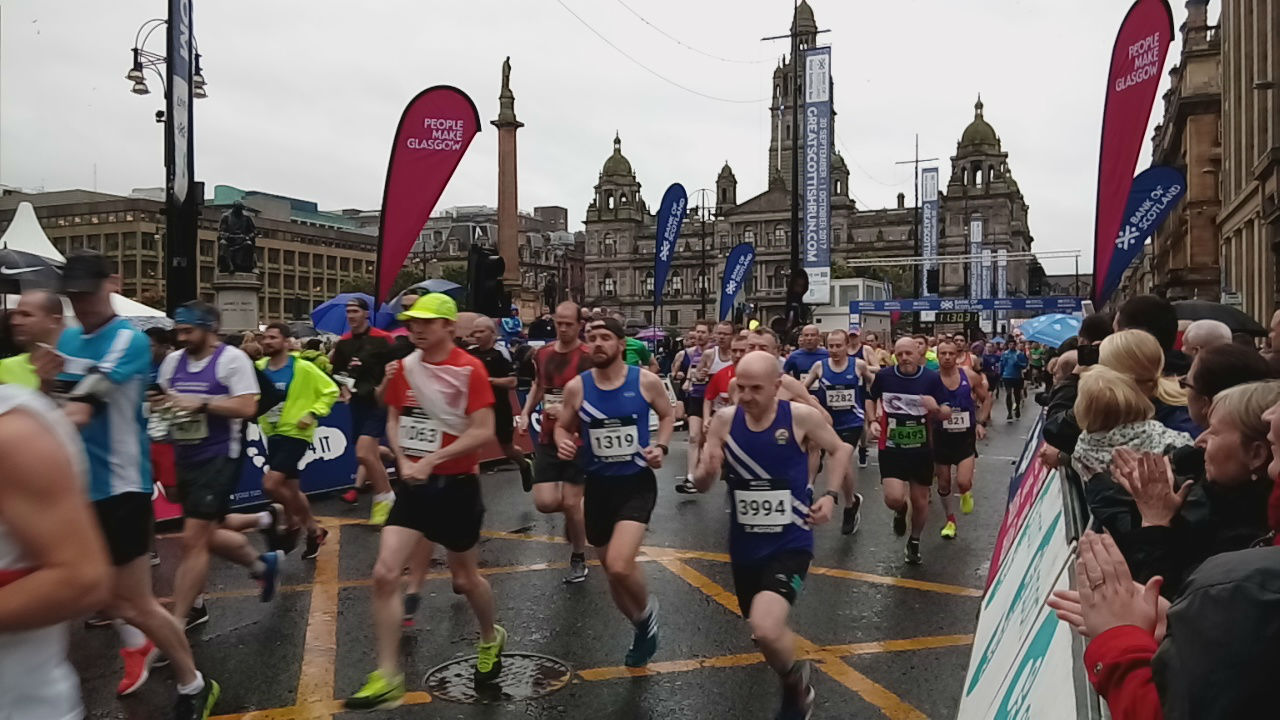 Hundreds of runners took part in the 10k and half marathon and thousands of people crowded the streets for the Great Scottish Run this year.
The participants took off from a very wet George Square and crossed the finish line in Glasgow Green.
Families and friends were pressed against the barriers in front of the start line to see the runners off.

“A personal highlight this year was seeing the delight on runners faces as they crossed the finish line,” said Philip Grant from Lloyds Banking Group – who have been supporting the Bank of Scotland Great Scottish Run for nine years.

The runners were supporting charities for mental health, cancer support, multiple sclerosis, children’s hospital, Parkinson’s and autism.
The Bank of Scotland brings the Great Scottish Run to Glasgow every year, raising money for charities all across the UK and across the world. They raising more than £3.5 million last year- and hope to have topped that number this year.
While many people where running for a specific charity, there were also plenty of sport lovers who simply enjoyed running, wanted to challenge themselves or were joining friends for a group activity.

On October 1st the streets of the city were coloured by sport t-shirts and colourful jackets making their way towards Glasgow Green through the heavy rain.
The event was a big success in Glasgow, with an estimated 30,000 people showing up on the weekend.

There was a place for everybody in the run, with a family friendly Saturday and a sports loving Sunday.
The running started on Friday with the Schools Challenge, where pupils took part in a 1.5k fun run.
On Saturday, even toddlers could participate in their own special 100m run, the Toddler Dash. Older kids could take part in the junior run and there was a special mile for young kids to run with their parents or guardians.
The whole event stretched over the weekend, but the runners had been training for weeks, preparing for the marathon on Sunday. .

Grant gave “a special thank you to those running for our Charity of the Year, Mental Health UK and many other worthy charities.”
The Great Scottish Run will take over Glasgow again next year and a reminder service is available on the website.