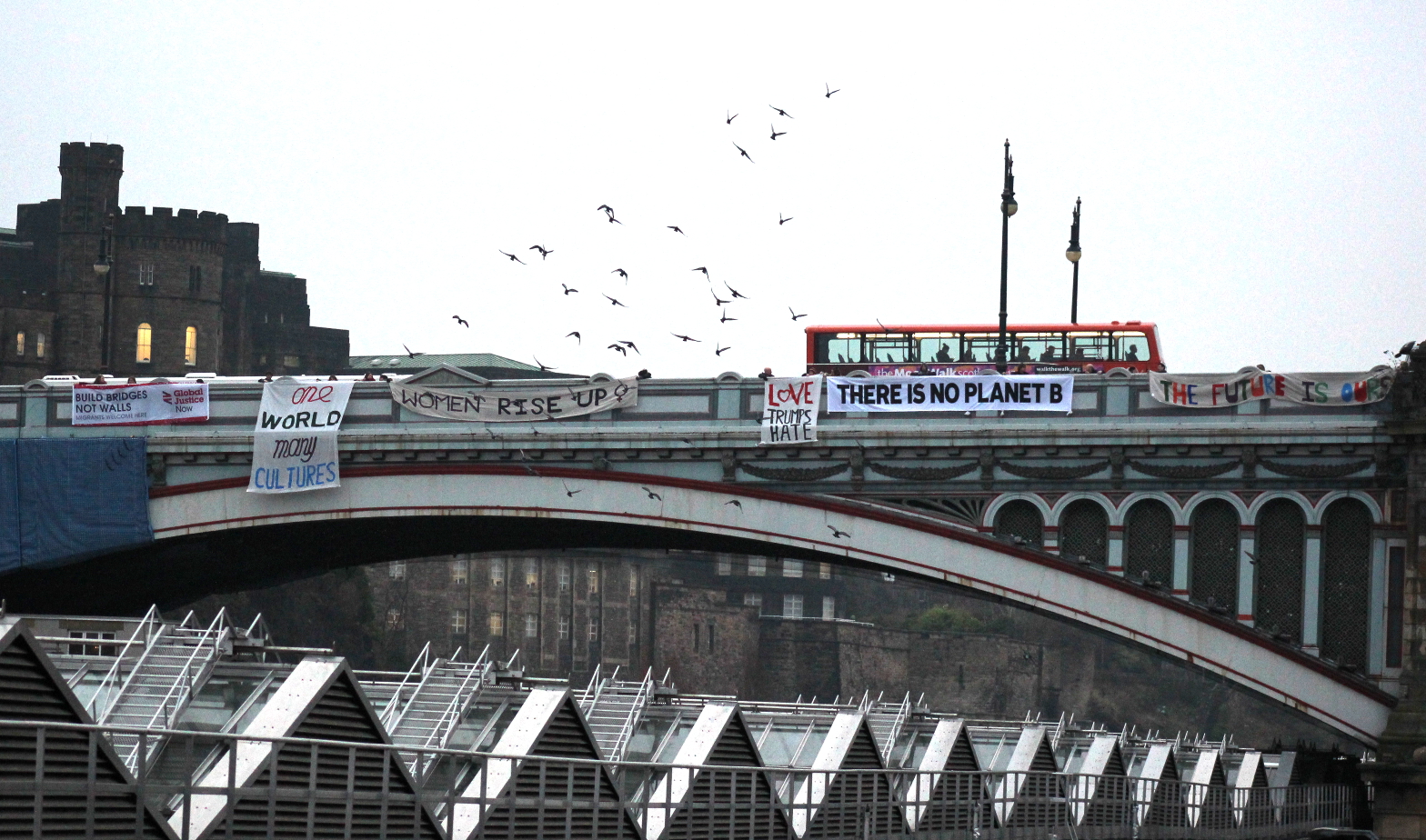 Over three hundred protesters blocked all traffic on Edinburgh’s North Bridge, leading to the arrest of 17 men and 12 women.

The activists were out with three demands which they tweeted to the Scottish Government.

Edinburgh’s police also tweeted that they will ‘provide a proportionate response’.

In the beginning cyclists from the movement roamed the city in large groups holding up traffic and causing traffic to pile up and come to a standstill in some places.

Then at 3:00pm protesters took their positions and barricaded the bridge.

They said that they would allow ambulances and the fire service through along with cyclists and pedestrians.

In the middle of the bridge there was even a five a side game of football going on.

Later there were protesters being dragged off the bridge by police to be arrested.

It was then reported that police were holding people in busses, one witness described them as ‘mobile police stations’.

Who Is Extinction Rebellion

In October of 2018 they held a demonstration outside Westminster with one and a half thousand protesters.

Over the next six weeks, one and a half thousand became six thousand.

They blocked five bridges along the Thames.

Planting trees all across London.

Countries from every continent now have people from the movement supporting a democratization of our environment.

Yesterdays demonstration was just one part of a much larger global protest.

They stand out from other eco-movements by demanding a ‘peoples assembly’ to give the people a chance to have a direct say on their enviroment.